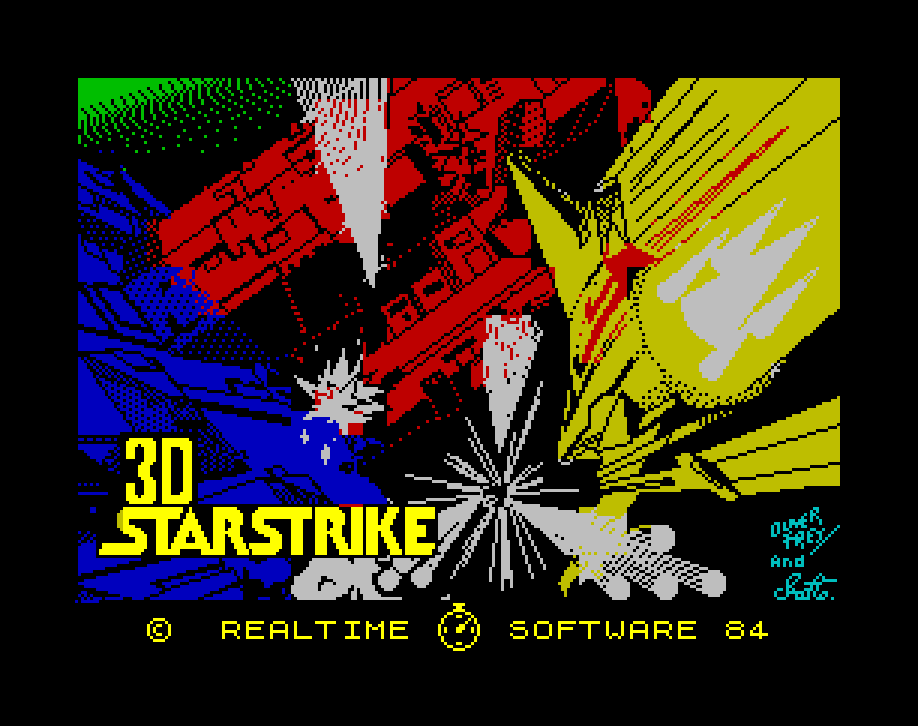 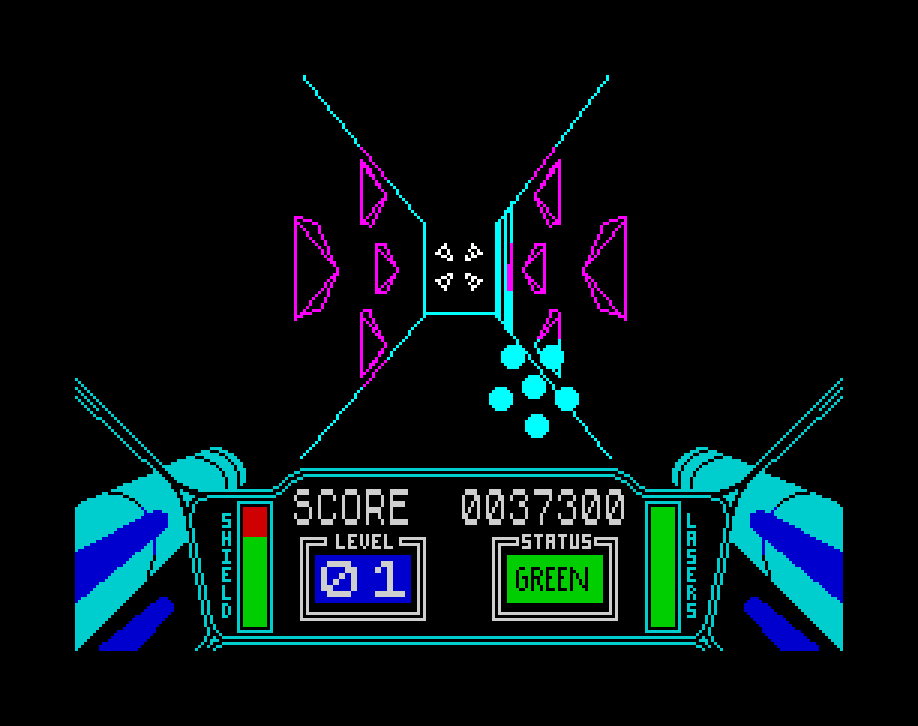 …suddenly there were the Outsiders. Appearing in massive fleets on the edge of the galaxy they seemed uninterested in conquest, only destruction. Earth’s fleets decimated and the Federation lay on the brink of collapse. In desperation Federation Command chose to strike directly at the Outsider control centres. These immense bases were constructed within hollowed out moons.

To destroy them required a direct hit on the base’s reactor systems at the very centre of the moon. The only access to the reactor chamber was through two cooling ports within the base’s equatorial duct. To reach these, however, an attacker was forced to run the gauntlet of the base’s heavy ground and space defences. To penetrate these a new generation of starfighters was created – the STARSTRIKE series…

Rolling Thunder U.S. Gold, 1988 In New York City around the year 1960, the elusive Maboo is plotting to conquer the world. Rolling Thunder, the undercover arm of the WCPO (World Crime Police Organisation) has sent the female secret agent Leila on a special assignment into Geldro's underground headquarters. Her mission was to expose the […]

Johnny Reb II There are very few people in any society that actually want a war, especially a Civil War. Certainly the Northern and Southern States of the USA didn’t want to go to war. They found themselves in a conflict on Sunday July 21st 1861 that neither really wanted but from which neither could […]

Pac-Man PAC-MAN scores points by eating the dots in the maze whilst avoiding the ghosts. Flashing Power Pills are located in each corner of the screen. Eating a Power Pill will turn the ghosts blue with fright for a few seconds, during which time PAC-MAN may chomp the ghosts to score more points for each […]