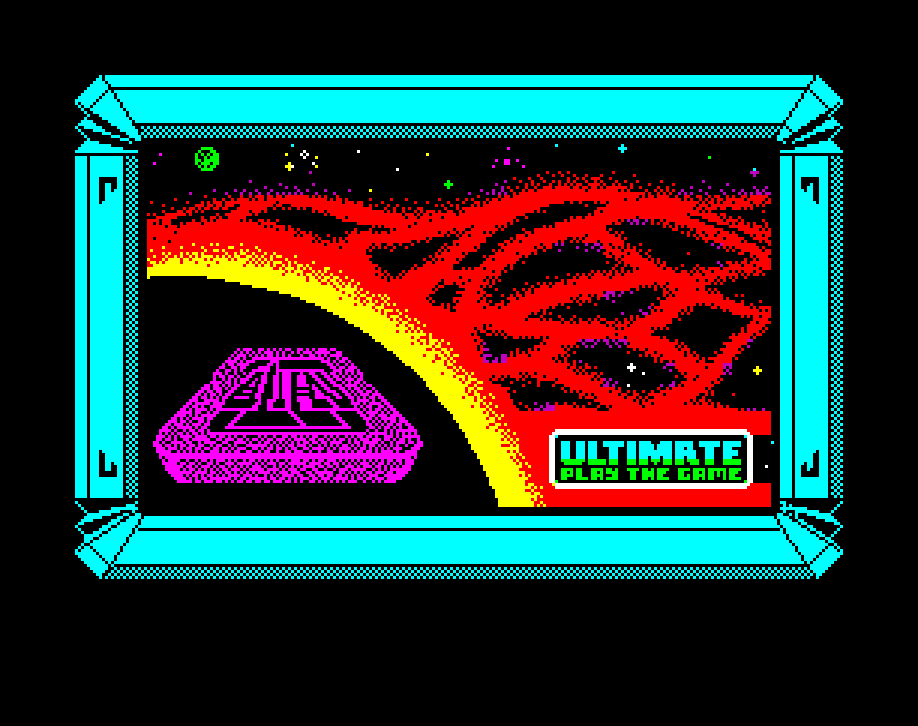 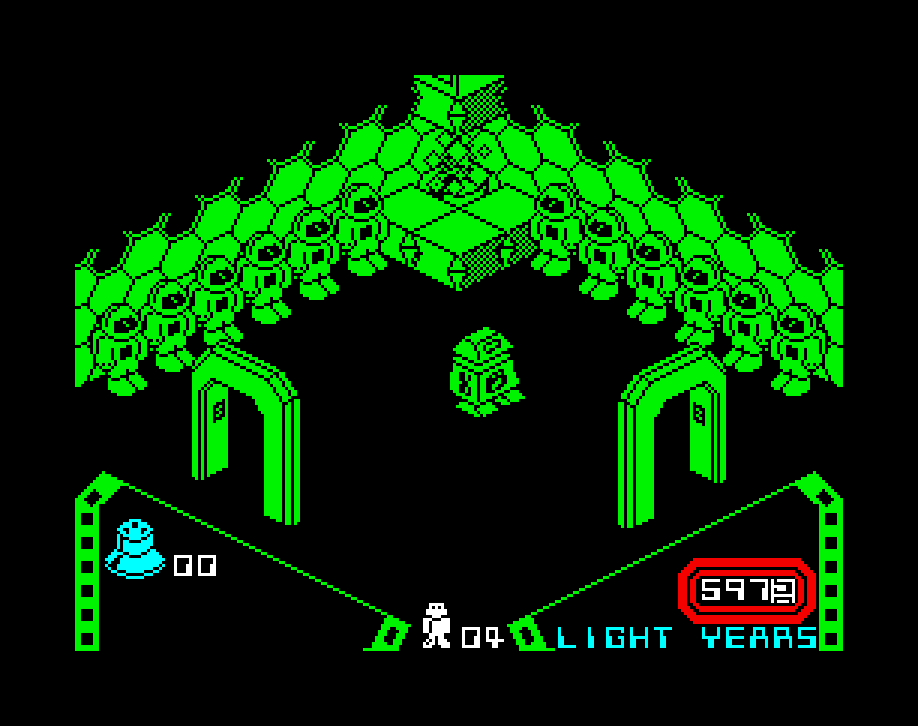 THE PLANET
Long long ago… in a distant galaxy, on a distant dying planet, the last of the guardians prepare their starship for its final journey. All of the libraries, records and knowledge have been stored aboard the vessel, along with the very best of their cryogenically preserved race.

The planet’s final end draws near as the last, most vital piece of equipment is loaded aboard, activated, and the hatchways closed. The ULTIMATE evolution ALIEN8 cybot whirrs into an artificial cybernetic rush of intelligence.

All hatchways are sealed, as the starship prepares for its long uniterrupted journey into the inky void of space.

THE JOURNEY
Aeons pass and still the ALIEN 8 unit is functioning perfectly, gliding swiftly and silently around on multi-sealed-thermotion bearings in waxolight shrouds. The very pinnacle of robotic development from a now long dead planet, on its immense task of keeping the cryogenically immersed cryonaughts activated by preserving and maintaining their life support systems and waiting…

The long journey is near completion as the central computer alerts you to the nearing of the pre-destined solar system. The dust of aeons lies heavy on the ageing data banks of the central computing core, tired from centuries of repetitive computing and re-computing, at last the final sequential landing operations.

The craft begins its final slowing sequence several hundred light Year:s from the destined planet and as, almost immediately the starship slows to sub-hyper warp speeds, is open to attack.

All the starship main defence systems have remained unactivated, as the reverse polarity negative-ion thrusters battle and strain to halt the enormous bulk of the ship.

The main computer reports Alien penetration in almost all areas of the ship and all life support systems have become damaged and deactivated. All cryogenic systems must be reactivated before auto-phase thrusting systems manoeuvre the ship into its semi-cycle planetary orbit, at 0 light Year:s from the planet.

Your programming insists that you complete the mission and restore all cryogenic life support systems to operation.

Impossible Mission II US Gold, 1988 You as the Agency's Field Agent must reach several objectives to prevent the world from being destroyed. Firstly, you must assemble the 3-digit pass code for each tower while at the same time avoiding and fighting off Elvin's robots, using his own security system to help you. Then you […]