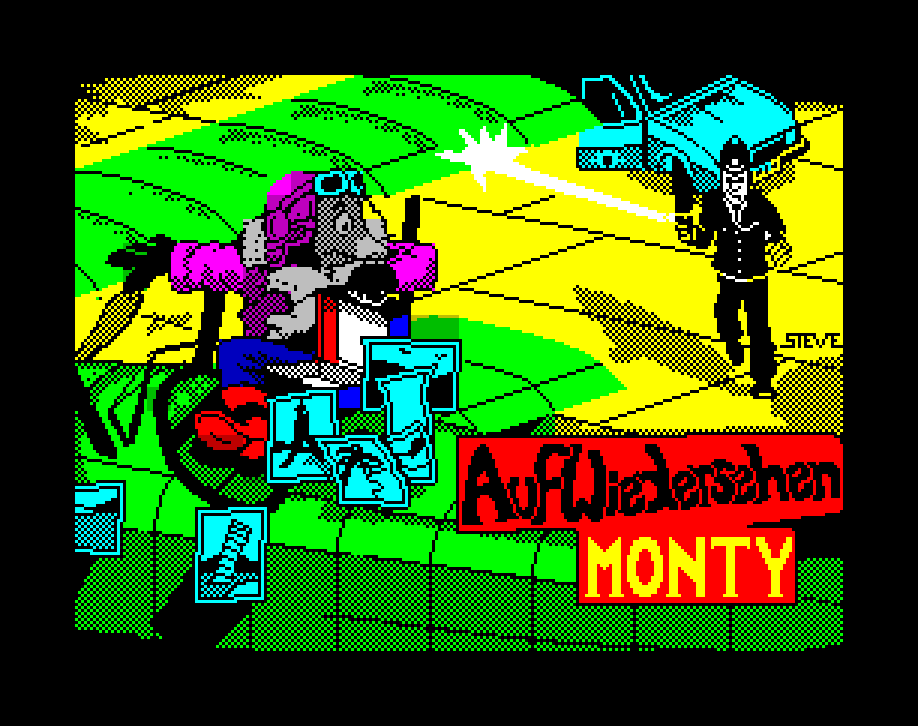 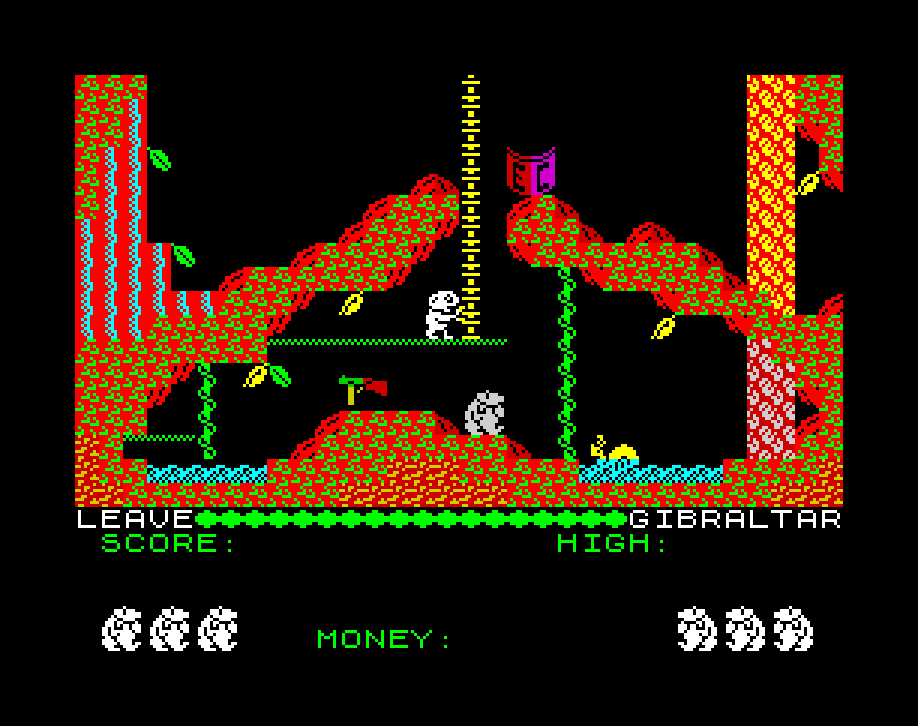 Poor, persecuted Monty Mole, who was incarcerated by the bastions of the law for borrowing coal to keep warm, has escaped and fled these pleasant isles. Lying low in Gibraltar, Monty's whereabouts have been leaked to "Intermole", who are in hot pursuit!

Can you help Monty in his last fight for freedom? He must flee for his life across Europe, in an effort to raise enough money to buy the Greek island of Montos. On Montos Monty will at last escape extradition as no one else even knows of its existence.

Travel across the continent with our mole, "acquiring" travellers cheques and any other valuables on your way. Could Monty make a few francs from fencing the Mona Lisa? Can our intrepid Mole repair his car in time to compete in the Grand Prix? The prize money could come in handy. The Mafia may help if he can avoid the "heavy duty footwear".

Romance awaits Monty in "Pizza" in the form of "Mole Fatale", the fair Juliet. Her heart begs to be captured by a daring Muscle Mole - is Monty her mole?

Can Monty tempt the palate of the German wine connoisseurs by delivering a very special bottle of Chateau Blanc from one of the finest vineyards in France.

Collect the plane tickets at the airports to enable Monty to travel from one country to another. While in flight try to nibble the back of the other planes to increase your score.

When all the objects have been collected a complete island will be displayed at the bottom of the screen. Then and only then should you go to Montos as arriving earlier may seriously damage your chances of finishing the game.

Lords of Midnight The object of the game is to otherthrow the evil Witchking Doomdark, who controls the north half of the land of Midnight. Thus freeing the land of Doomdarks evil spell of cold that aflicts it. In order to do this you must assume the role of Luxor the Moonprince, who has the […]

Popeye You need to demonstrate your love for Olive Oyl by collecting 25 hearts and taking them back to her at home. While on your Quest, Olive’s love, shown by the lovemeter, slowly fades, so you must keep returning to renew her love with hearts. When she has all 25 you will be rewarded! Collect […]