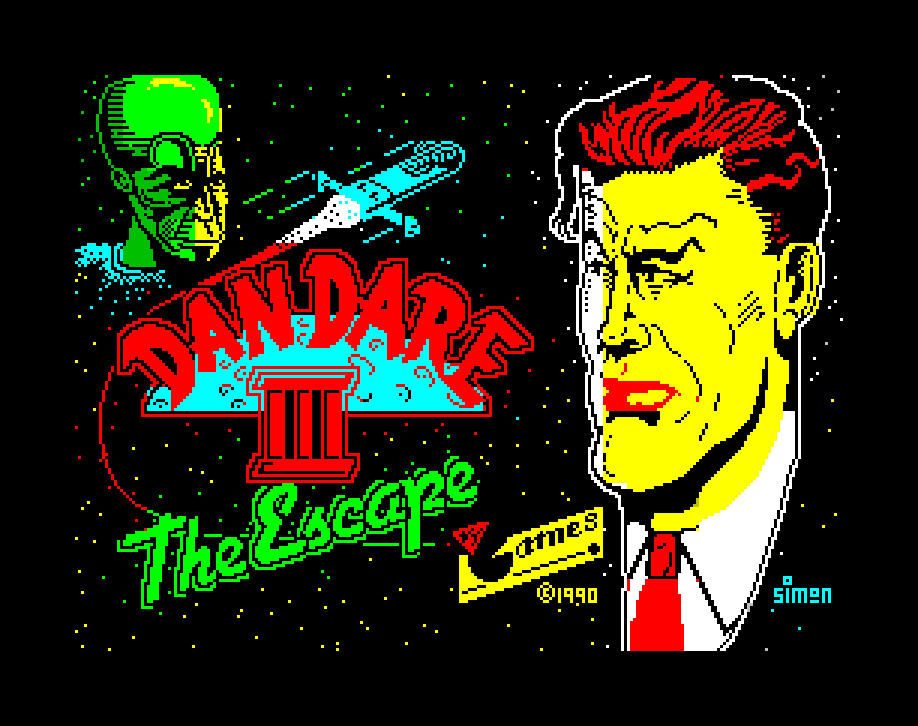 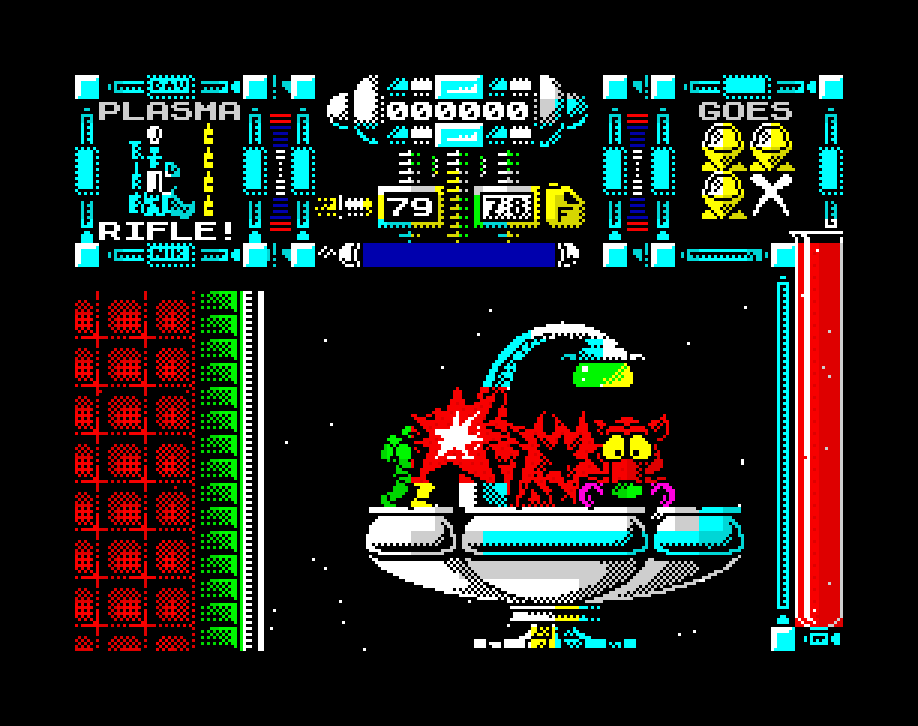 The fate of all mankind hangs in the balance. The Mekon menace is back again determined to conquer and dominate the human race. In doing so the evil Mekon has vowed to wreak his vengeance upon his arch enemy, Colonel Dan Dare. To further his iniquitous plans the Mekon is conducting a series of horrific genetic experiments, attempting to mutate a variety of life-forms into an army of Treen-like creatures, servile to the Mekon. The experiments failed, the creatures were twisted and strange. What was needed to advance the Mekon's ungodly experiments was a human subject, and who better than the hated Colonel Dan Dare?

The Mekon issued his orders. A gigantic scientific satellite was rapidly constructed. Manned by an army of loyal Treens, the satellite was set on course for planet Earth. Many months passed before reaching the Earth's orbit. Whilst their ship navigated the dark recesses of the universe, the Mekon and his scientists continued their horrific experiments. But with little success: no Treen-like beings were created and the weird mutant creatures formed were left to wander, at will, the corridors of the satellite.

On reaching the Earth's orbit a small army of Treens were dispatched to capture the unsuspecting Dan Dare. Their mission was successful: seizing the Colonel, the Treens transported their prize back to the satellite where the pitiless Mekon and his team of cruel scientists waited. But the Mekon had underestimated our hero. While the scientists are preparing the lethal serum, Dan breaks free from the operating table and, destroying his captors, escapes into a store chamber next to the genetic experimentation unit. Searching the chamber he discovers a jet-pack and sets off to explore the maze of corridors and chambers of the vast satellite.

Luck is on the side of our brave colonel. Entering a large chamber he finds an escape shuttle powerful enough to accomplish the return journey to Earth, but the fuel tanks are empty. Dan calculates that he will need exactly 50 pounds of high grade rocket fuel to complete the journey home. Undaunted by this catastrophe, Dan straps his jet-pack to his back and continues his search of the Mekon's evil satellite...

Back to Skool Having managed to steal your report during the last few skooldaze of term, you’ve spent the whole holiday forging teachers’ signatures and handwriting to make yourself look like the brightest, sweetest natured, most helpful little soul ever to carry a satchel. Now all you’ve got to do is get it back into […]

Xevious US Gold, 1987 Many eons ago, an advanced technologically-orientated civilisation was forced to evacuate Earth prior to the Ice Age. Now, these Xevious people are returning to reclaim their heritage through conquest. From the controls of your Solvalou super spacecraft, you must defend Earth from takeover by the Xevious invaders! Flying a search and […]

Kinetik Firebird Software, 1987 Kinetik is an arcade adventure which features gravity, inertia and other real physics heavily. You control a round spaceship, which must be guided through the 44+ screens. Collect the letters P,A and X in that order and reach the end to win. There are foes to avoid or shoot – some […]