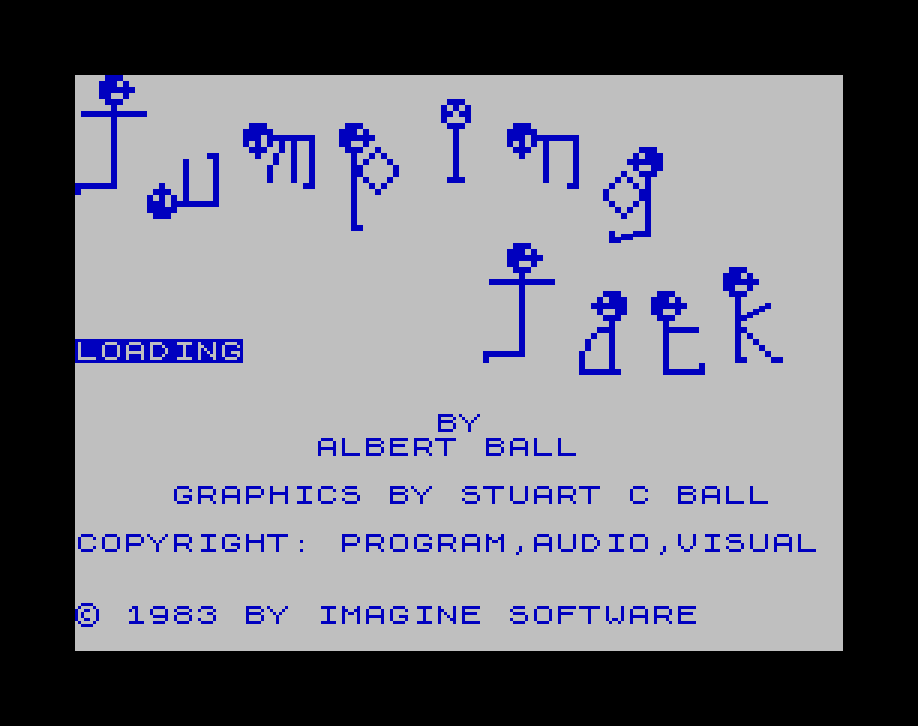 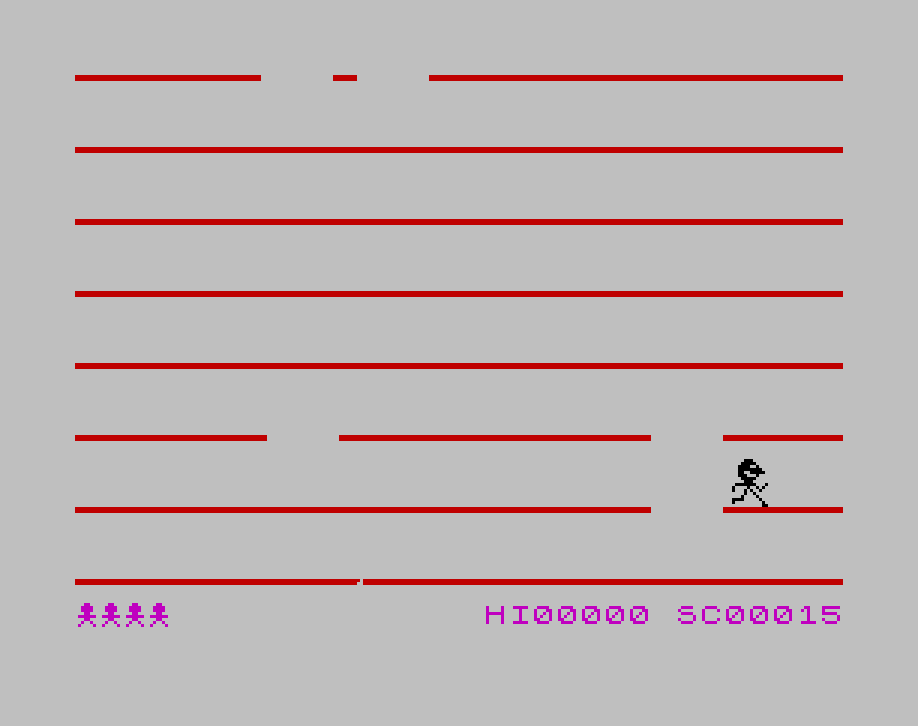 Jumping Jack knows a rhyme, a four verse limerick. Unfortunately he is unwilling to recite it unless you help him scale the levels to the top of the screen. Only by helping him through all twenty screens will you learn the entire rhyme. For each screen completed he will tell you two lines.

Jack can only move upwards by jumping through the gap above but he can also move left and right. Should he run off the edge of the screen he will wrap around to the other edge. Should he fall down a layer he will bang his head and remain unconscious for a period of time during which he cannot move. Every time he arrives at the bottom of the screen unconscious he loses a life.

At each successful jump a new gap appears at random - the first three new gaps descend then the next three ascend - up to a maximum of eight gaps. On making a successful jump at the top layer the 'next level' sequence is entered, and the next part of the rhyme is given.

Hazards will begin to appear after the first level - one initially, then two right up to a maximum of twenty, one for each level completed. They all ascend and if Jack collides with a hazard he will be knocked unconscious.

Nemesis Konami, 1987 The Planet Nemesis, a peaceful Earth-like world, is now under an all-out space attack from its old enemies, beings from the sub-space star cluster of Bacterion. The people of Nemesis are in danger of being completely destroyed by the amoeboid Bacterions. To save them, you have just launched the prototype hyper-space fighter, […]

Turrican Rainbow Arts, 1990 A story of times long gone by, tells us of the three-headed Morgul, who lives a secluded life in his kingdom. This Morgul is the cause of all the fears and nightmares of mankind. It is furthermore said, that in ancient times he was banished to an unknown dimension by the […]

Starfox Reaktor, 1987 Peace has ruled the Hyturian System ever since the Rubicon, a protective cube, was built surrounding the system. To leave the cube projects you forward in time and your flight path is reversed. It appears that the Rubicon has been breached and a ninth planet has entered the system. This mysterious planet […]