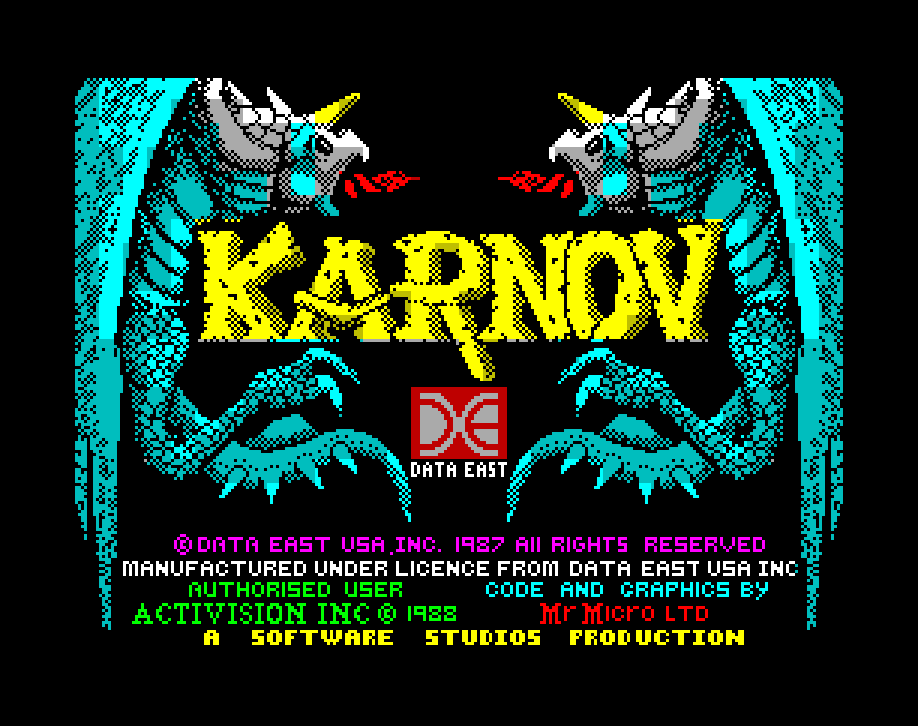 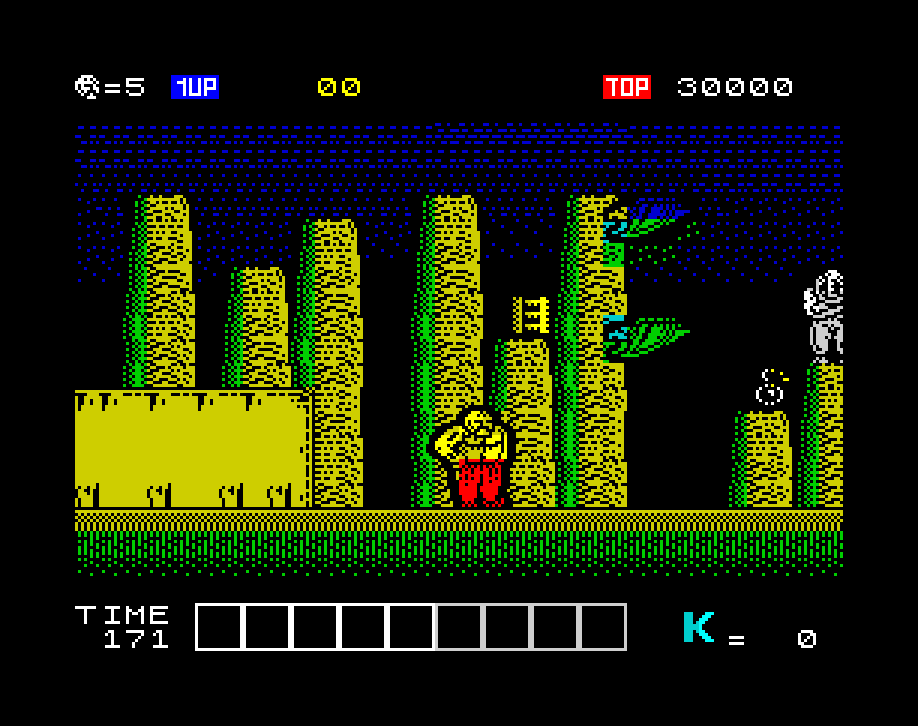 The story of Karnov begins in the peaceful village of Creamina, where the Treasure of Babylon has been kept for centuries, hidden away from the outside world.

The Treasure has been sought by Ryu, a huge and evil dragon, for thousands of Year:s. But now, Ryu has discovered the secret of Creamina and descended upon the little village, accompanied by all of his demonic cohorts.

Ryu has made off with the Treasure, leaving his monstrous minions behind to terrorize the countryside. The helpless townsfolk have only one hope: Jinborov Karnovski, otherwise known as Karnov, a one-time circus strongman with a unique talent for shooting fireballs.

Only Karnov can find a way through the monster-infested countryside, to seek out the evil Ryu and regain the Lost Treasure of Babylon for his people!

Game Over Dinamic Software, 1987 Far away in a different Galaxy, at a different time, control was exercised by an all-powerful woman - the Ruler, GREMLA. Her dictatorship was due in part to the devoted loyalty of her faithful lieutenant ARKOS - together they proved invinsible. But Gremla was flawed - as her power grew, […]

Redhawk Melbourne House, 1986 Welcome to the world of comic fantasy, superheroes and supervillains. You are superhuman Redhawk and must control his two completely separate identities: Kevin Oliver - a human with all the human weaknesses; and Redhawk - a being capable of flight and incredible feats of strength. You can choose to fight crime, […]

Thunderbirds Transcription of confidential brief from Mr. Tracey to Scott and Virgil… Well boys, it looks as if you’ll need both Thunderbird One and Two for this mission. John tells me that the Egyptologists are trapped deep within an ancient maze tomb. You’ll have to work together to move huge stone blocks that are barring […]