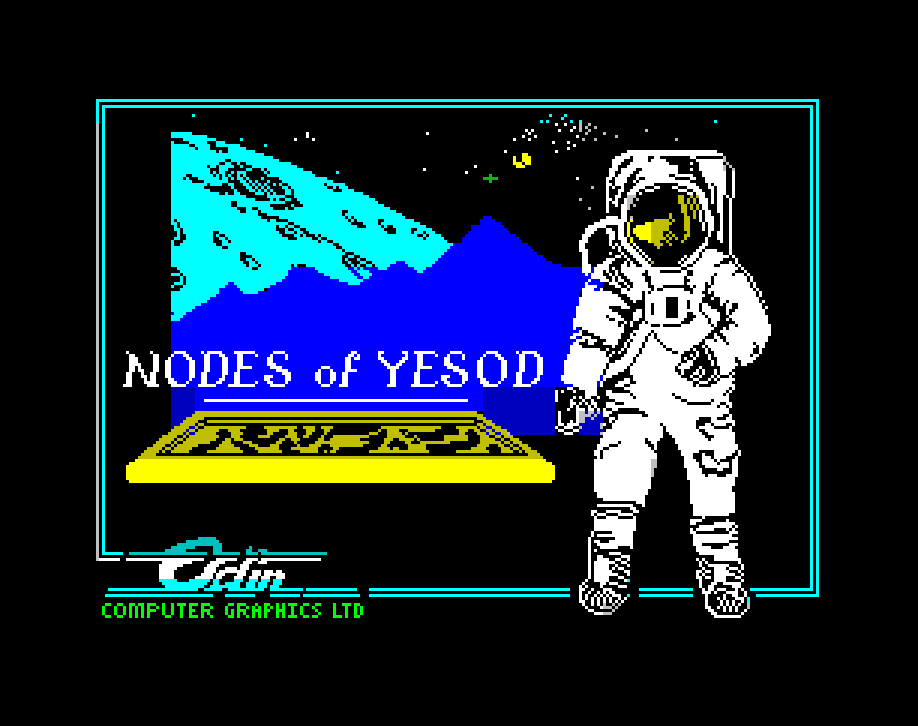 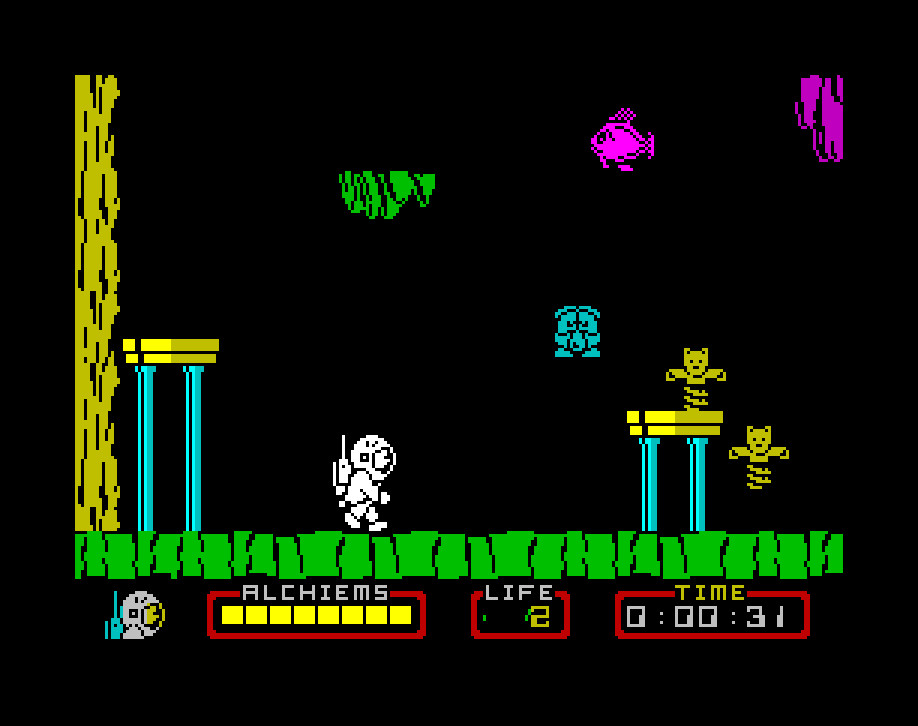 Somewhere on the surface of the moon...

The Rt Hon Charlemagne 'Charlie' Fotheringham — Grunes well known explorer and adventurer, apprentice saviour of the universe, finds himself in a 'proper pickle' as his nanny used to say!

On leaving the ancestral domicile at Salmons Leap, Middle Thumping, one bright and breezy Sunday morn, after a scrumptious breakfast of lightly grilled kippers dripping with butter, and tangy with the juice of a well squeezed lemon, Charlie noticed a strangely furtive foreign looking cove lurking by the rhodendendrons. 'What ho!' cried our hero hazarding a cheery grin in the intruders general direction. 'Ah Meester Groanz' spoke the mysterious figure 'Ay have been vaiting here for to see you.'

Charlie suddenly came to a halt. The cheery grin was replaced by a concerned frown as he recognised the voice of the secretary to the chairman of the International Commission for Universal Problem Solving (Known by its acronym of ICUPS) 've hav ze prwblem zat needs your most hurgent attention,' the voice was chilling. Smith, for that was the interloper's supposed name continued 'I vill brief you on ze vay to our merst zeecritt ed quarters.'

Minutes later Charlie, accompanied by the Smith type, was gunning the old Aston-Martin in the direction of the afore mentioned 'ed quarters' buried below the remains of the ancient monument of the 20th century 'Plastic henge,' 'so you see meester Groone it is imperatif zat you find for us ze erbschectt vitch emitts zeeez signals.' Smith was saying, Charlie had already reached this conclusion, his razor sharp wit, honed to its finest edge, had led him to the realization that this was potentially the stickiest situation he had ever been embroiled in. It seemed boffins from the great scientific establishments had intercepted coded signals from the centre of the moon to an unknown destination in the outer reaches of the galactic spiral. Signals which when decoded told of the vulnerability of earths defences, the signals must be terminated and quickly. Quicker than he could order lunch at the Dorchester, our valiant hero finds himself alone on the next moon shuttle. Thoughts forming in his mind tell of creatures, mole like in appearance which eat the very material of the moon, 'The capture of one of these creatures must be the first priority' Charlie says aloud, (hoping that by using such an animal he can travel from cavern to cavern under the moon,) but such creatures can be fickle, would they, for example, eat what ever he points them to, or, is some of the moon inedible to them. And what of the other inhabitants of the depths of the satellite, few people had explored the deep caves of the moon, and none had returned from such an expedition...

'By Jove' exclaimed Charlie as the autopilot made the final approach to lunar landing 'It looks as though one might have company down there!' for there, on the surface of the moon, was a red space ship!

The shuttle lands, the adventure begins.

Tapper US Gold,1985 You are the frenzied bartender trying to keep the never ending flow of thirsty customers well watered. You'll have to keep slinging sodas, collecting your tips and occasionally guessing which cans of soda the Soda Bandit has shaken. As if that's not enough work for one bartender, try covering four different bars […]

Emlyn Hughes International Soccer Audiogenic Software, 1989 Emlyn Huges International Soccer offers realistic arcade action and football management combined into one great game! Whilst there are a wide range of facilities and control options, these have been designed in such a way that you can sit down and play without hours spent studying the manual, […]

Barbarian: The Ultimate Warrior The evil sorcerer Drax desires Princess Mariana and has sworn to wreak an unspeakable doom on the people of the Jewelled City unless she is delivered to him. However, he has agreed that if a champion can be found who is able to defeat his demonic guardians, the princess will be […]