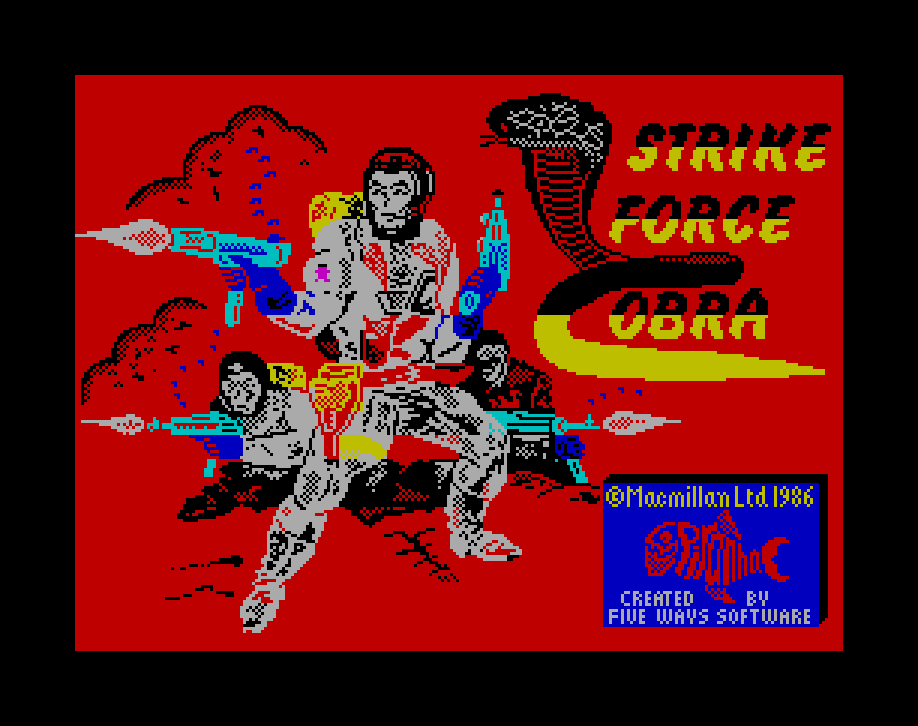 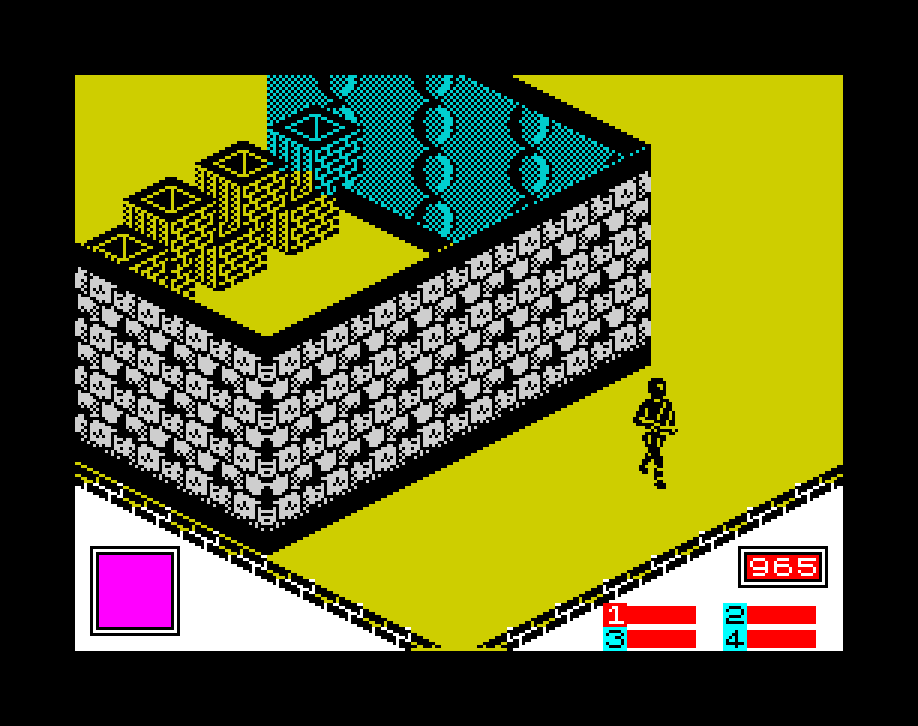 The World is threatened with a nuclear blackmail by an evil genius known as the Enemy.

He has developed a computer system capable of hacking into defence computers around the globe. Unless world leaders yield to his demand for total dominance, he will run the program that will destroy the world totally!

To develop the hacking system, he kidnapped top computer scientists from throughout the world, and forced them to work for him.

Now these experts, imprisoned in his fortess, would help anyone to destroy the main computer by giving one of the secret codes required to open the computer room door.

Facing a choice between enslavement and destruction, the world leaders have created an elite strike force codenamed COBRA.

Their mission is to enter the Enemy’s fortress, bypass its defences and locate, attack and destroy the main computer.

Combat Lynx Durell Software, 1984 This is probably the most comprehensive 'real-time' battle simulation program ever written for a home computer. It can be played on a simple level as a 'shoot-them-up' game, or a more stealthy player can make use of the intelligence map to locate and destroy selected targets. The most skilled players […]

Skool Daze In the role of our hero, Eric (or any other name you decide to call him and the rest of the cast), you know that inside the staffroom safe are kept the school reports. And, being Eric, you realise that you must at all costs remove your report before it comes to the […]