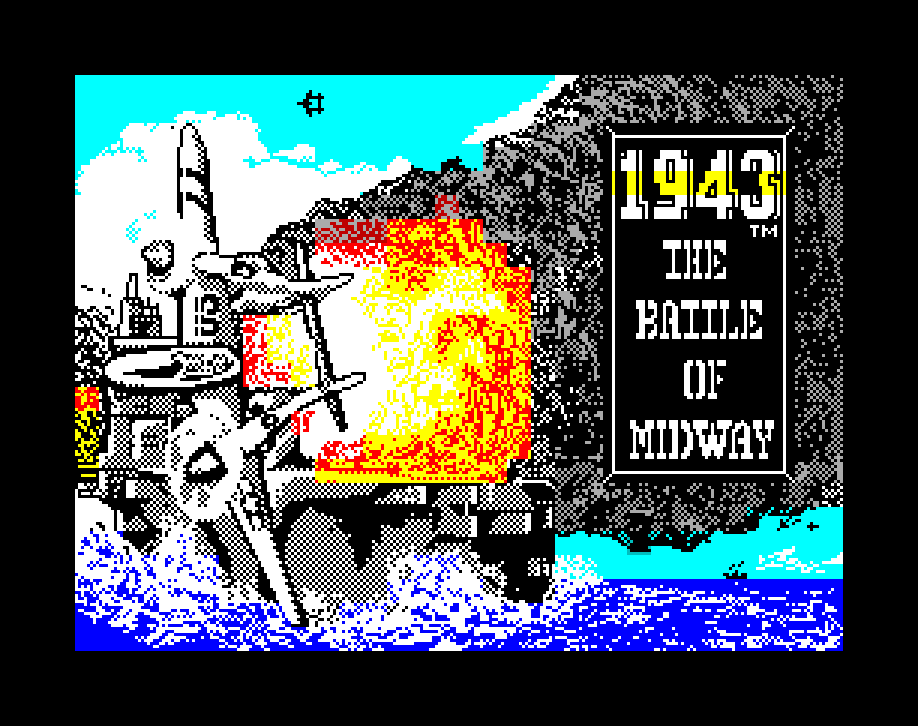 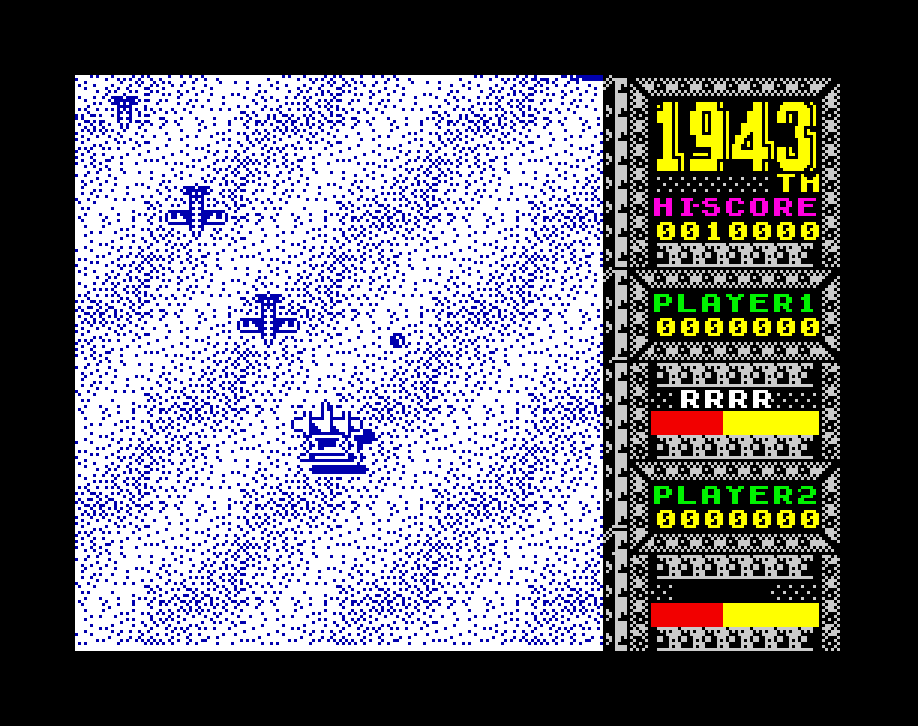 It was over 40 years ago, at the height of World War II, that the Japanese main squadron tasted defeat off the west coast of the Midway Islands. Some say that this battle greatly changed the outcome of the war, some say under different direction we may now all be living our lives under the shadow of the Rising Sun. This is your opportunity at the controls of your magnificent P38, armed with six secret weapons, to relive the titanic struggle for supremacy against the battleship Yamato and its legions of defences.

Ocean Conqueror OCTA Soft, 1986 (as Nautilus); Rack-It, 1987 As the commander of a submarine, it's your job to destroy four convoys, each consisting of a freighter and two destroyers.

Starion Melbourne House, 1985 The year is 2010 and your name is Starion. Fresh out of Space Academy, you have been selected as their brightest pupil to pilot the world's first timeship, the S.S. Stardate. Your mission: to boldly go back in time and correct the devastation wrought in the Space-Time continuum by evil aliens […]

Donkey Kong Mighty Donkey Kong has captured the beautiful girl – watch him make off with her to the top of the half constructed building. Now play the role of the brave carpenter, Mario, as he fearlessly pursues the frightening beast and attempts to rescue the damsel. Publisher: Ocean Software Year: 1986

River Raid Manoeuvre your way down the meandering river valley, avoiding the cliffs on either side and destroying the enemy ships, balloons, helicopters and tanks as you go. Keep an eye on your fuel gauge and collect more fuel by passing over the FUEL dumps. These are the only items in the game that you […]