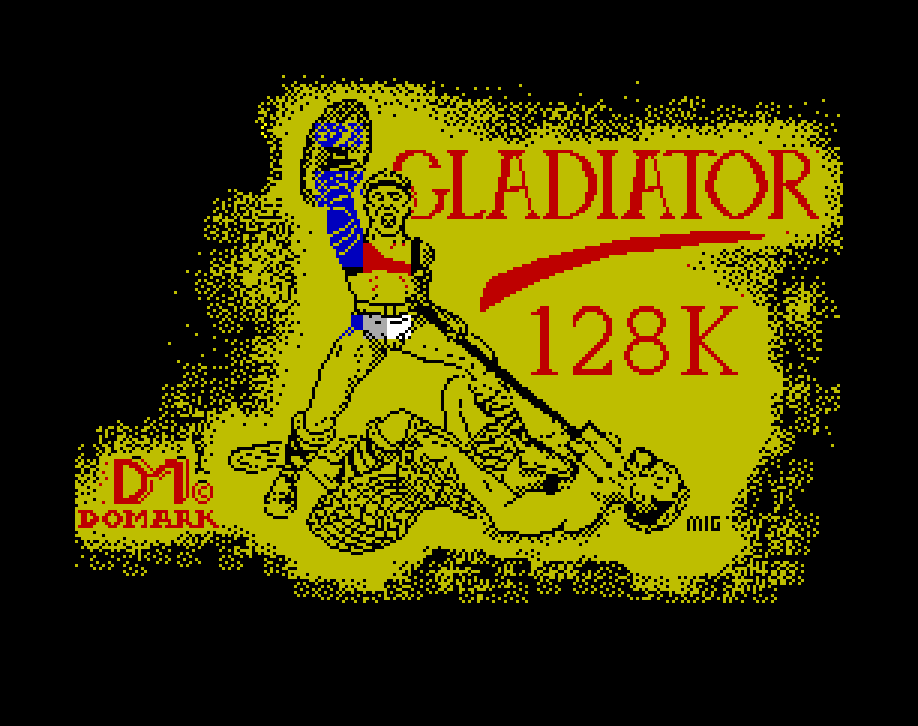 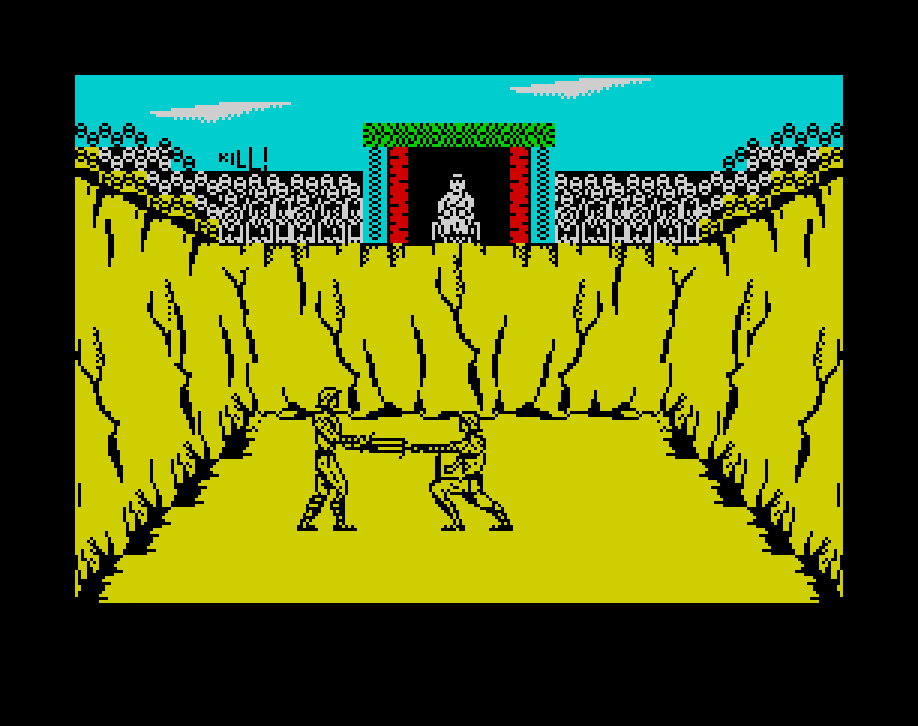 As the Roman Legions campaigned through Europe, the spoils of their conquests included gold, precious stones, works of art - and slaves. A process of careful selection by the slaves' masters decided their fate. Some were sent to the galleys to row for eternity. The beautiful were passed for the pleasure of the depraved. Many were destined to hard labour under the whip, creating fabulous monuments for the Roman Empire, a few of which are still in evidence today. But the "Creme de la Creme" of the slaved were set aside for their powerful physiques, athletic prowess and killer instinct. They were called The Gladiators.

One day in 54AD the quiet village of Massina was ransacked by the 13th Legion. After razing the village to the ground, the Centurions took you, Marcus of Massina, back to Rome where you were sold as a slave. Your Owner sent you off to the School of Gladiators and you knew that you must kill or be killed.

There is one small gleam of hope for your survival. You are told that freedom is granted by the Emperor to the top ranking Gladiator, if the price can be paid!

Time moves on to 56AD and your first fight in the Arena is set for the 15th April. The Emperor himself has made a special effort to watch you. The object of the game is to become the Emperor's Champion and buy your freedom. At the end of each bout, you are awarded points (or Eagles), but the total amount needed to buy your freedom is larger than your prize money, so you will forced to gamble on the outcome of other fights to increase your wealth.

Rick Dangerous Firebird Software, 1989 The adventure starts here ... Will Rick Dangerous, intrepid Super Hero and part-time stamp collector, survive his first mission in the Aztec temple of the tribe? Should he do so, Rick will face new hazards in the Egyptian tomb and the enemy fortress.

Martianoids Ultimate Play The Game, 1987 After a long journey with only routine maintenance to do, Markon is suddenly attacked by vicious and barbaric Aliens...THE MARTIANOIDS. The MARTIANOIDS enter your ship, disrupting the passage of programs as they are transmitted through The Brain of Markon, draining your battery in desperate suicidal attacks to destroy you […]

The Vera Cruz Affair Infogrames, 1985 You have just been appointed Detective Sergeant in the Crime Squad at Saint Etienne (Loire). As an Officer of the Police and in your capacity as a Judicial Police Officer, you are capable of leading any criminal investigation. No sooner have you taken up your new post when you […]

Witch's Cauldron Mikro-Gen, 1985 Forsooth, thou art a bumpkin. Thou heedest not my warnings, and thus didst incur the wrath of the Wicked Witch Hazel. And verily didst she caste a spell, and now thou hast the like unto a TOAD. Shouldst thou desire to regain thy human form, thou must seek out spells and […]

Crazy Cars II Titus, 1988 This time you're at the wheel of the fabulous Ferrari F40 and in a race against time in a bid to smash a stolen car racket - the only problem is the guys involved in the racket are corrupt policemen! As you go tearing through four states of America in […]