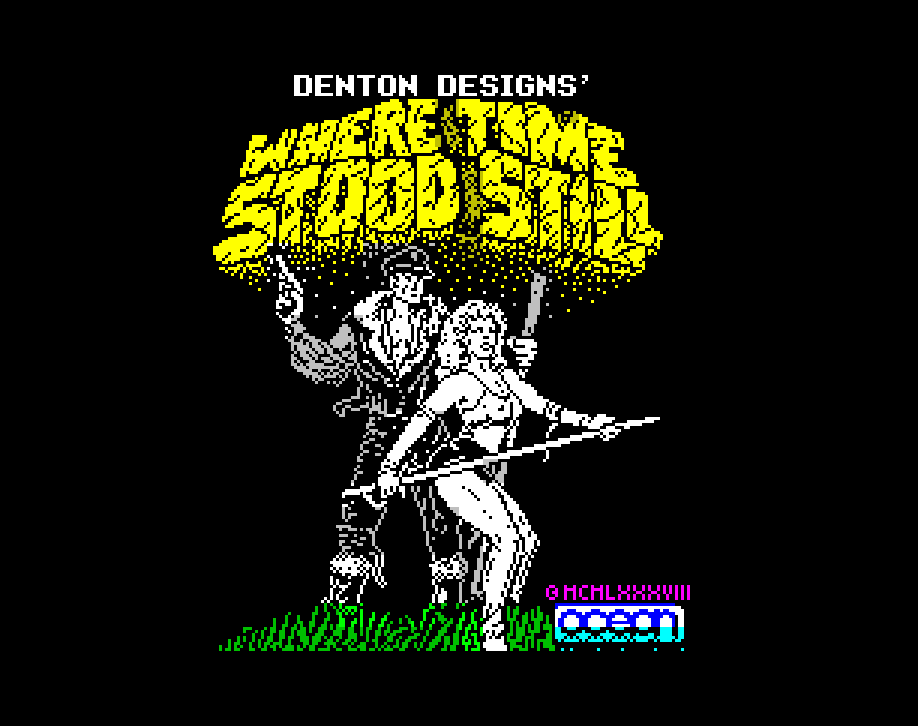 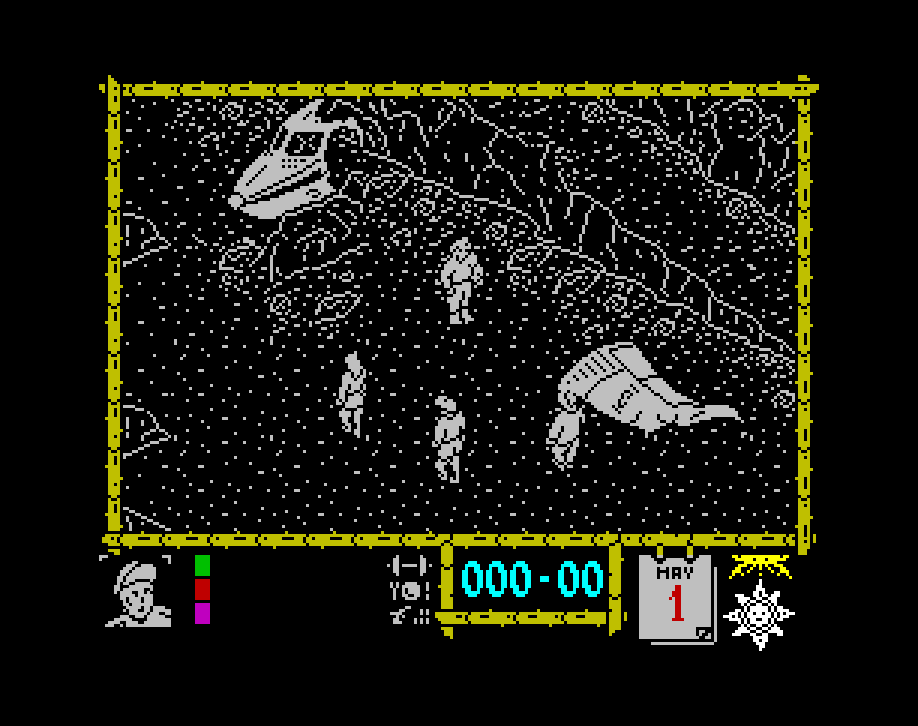 The plane is descending rapidly, Jarret struggling with the controls, searches anxiously for a possible landing site. Breaking through the clouds, the ground is suddenly upon him, and with one last heave on the joystick he prepares for impact.

Out of the wreckage tumble Jarret, the guide and pilot, Clive, a fat and wealthy man, Gloria, his delicate daughter, and Dirk, her newly betrothed. They have found themselves on a strange plateau, nestled between the peaks of the greater Himalaya. The only way out of their predicament is via a high mountain pass somewhere on the other side.

As our friends will soon be aware, everything is not quite as it seems. Protected by the mountains from both climatic and other outside influences, this land has remained undisturbed for millennia.

When your party is attacked by dinosaurs and harassed by cannibals it becomes apparent that no western man has been here and lived to tell of it.

You, who initially control Jarret, must guide your party along tortuous mountain paths, across rivers and bottomless chasms, through swamps and forest, in the increasingly desperate search for the passage home.

Star Firebirds Insight Software, 1985 Travel to the outer reaches of the cosmos to do battle with the legendary Firebirds.

Samurai Warrior: The Battles of Usagi Yojimbo The game is a sideways-scrolling adventure, where Miyamoto Usagi has to defeat opponents in sword fights, and also have encounters with other characters, for example priests, who usually carry a cane and utter Zen Buddhist koans. Usagi is often attacked by bandits and enemy ninja. These opponents frequently […]

Nemesis Konami, 1987 The Planet Nemesis, a peaceful Earth-like world, is now under an all-out space attack from its old enemies, beings from the sub-space star cluster of Bacterion. The people of Nemesis are in danger of being completely destroyed by the amoeboid Bacterions. To save them, you have just launched the prototype hyper-space fighter, […]