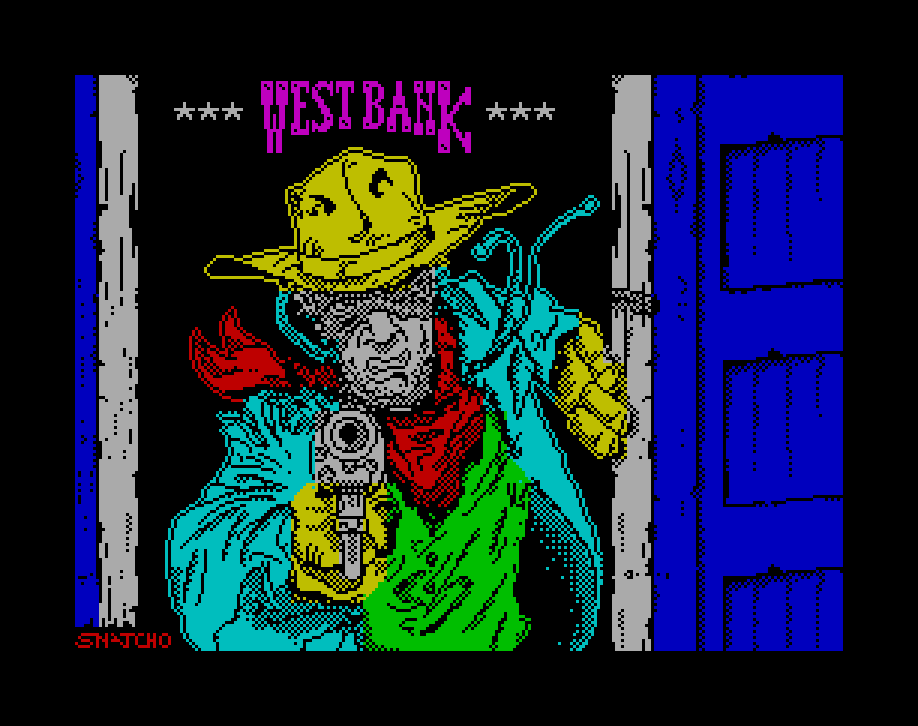 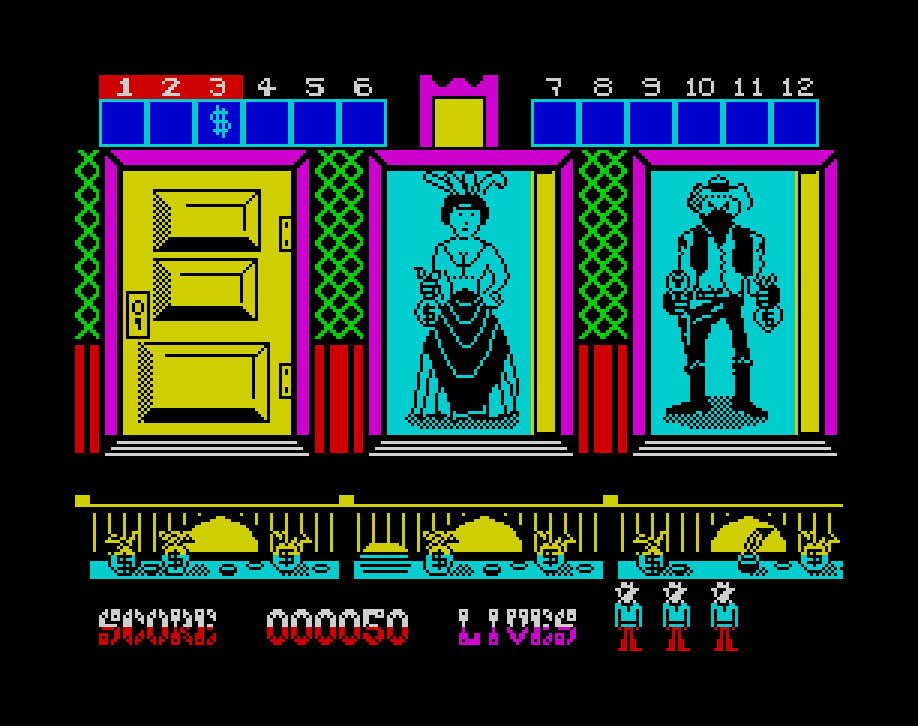 The player assumes the part of an Old West sheriff who must protect a bank and its customers from masked robbers. The layout of the bank is implicitly a circle with twelve numbered doors and the player in the center. The player can rotate to the left or right and view three doors at a time. The doors will open to reveal a customer (who will drop a bag of money, making a deposit), a robber (who will attempt to shoot the player) or a young boy (who will be holding a stack of three to five hats, which the player can rapidly shoot for a bag of money or bonus time). The level ends when all twelve doors have received one or more deposits. This is indicated by the numbered boxes across the top of the screen, with a red dollar sign showing a door with a completed deposit.

At random intervals, a bomb will be placed on one of the doors and a rapid timer will count down from 99. The player must move to that door and destroy the bomb with gunfire. Shooting a customer, being shot by a robber, failing to destroy a bomb, or failing to complete the level before the overall timer runs out (shown by a bar at the bottom of the screen) costs the player one life.

Renegade The Streets aren’t safe! Night falls swiftly as you make your way through the most sinister part of town to collect your girl. So far so good… your train pulls into the subway station, alighting you realise you are not alone! The station, and the streets above are infested with thugs and villains… time […]

Olli and Lissa Firebird Software, 1986 Amongst the barren heights and rugged rocks of the Scottish Highlands, there is situated Shilmore Castle. The Castle is under threat of being purchased and shipped stone by stone to America by Eugene Portcullis the third (Jnr) a mega-millionaire. Alarmed by this, Olli and Lissa rush to help their […]

Dynamite Dan II Mirrorsoft, 1986 The youth of the world is being helplessly mesmerised - their brains sucked dry - by apparently innocuous pop records. Someone has been corrupting the vinyl with subliminal, mind-destroying sound waves. There's only one person who could be responsible for such an outrage - that's right, Blitzen is back, poised […]

Thing! You are the THING, an intergalactic postperson. Your mission is to deliver the Ball, a political advisor to the astral harmony council, to the Dingalinger Overlord. Publisher: Players Software Year: 1988