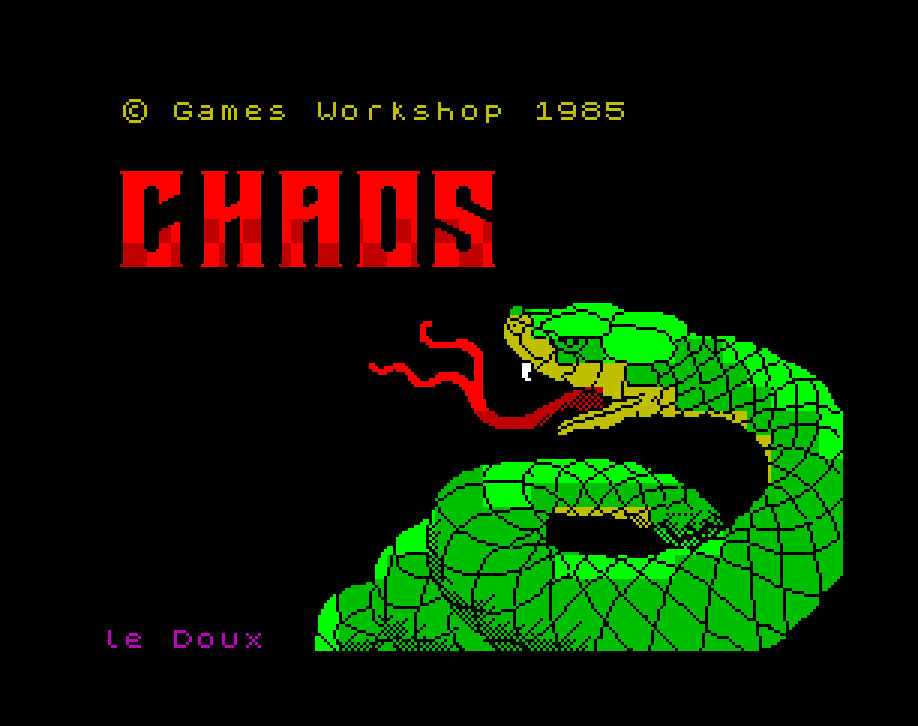 Chaos is a game of magical combat between 2 to 8 wizards in an arena. Each takes turns to select and cast spells and move summoned creatures. The winner is the last wizard left alive, but there is a limit to the number of game turns in which to achieve victory, and the contest could be drawn. Playing time varies from five minutes (with 2 wizards) to half an hour (with 8 wizards).

Impossible Mission During the past three days, key military computer installations of every major world power have reported security failures. In each case, someone gained access to a primary missile attack computer. Only one person is capable of computer tampering on this scale: Professor Elvin Atombender. We believe that Elvin is working to break the […]

Mugsy’s Revenge It’s 1919 and Mugsy is finally out of the slammer. But since he went away, there’s been a big change – booze has become illegal!! Mugsy’s had plenty of time to consider ways of making a lot of money, and what better than to supply illicit booze to the thirsty throngs? Some of […]