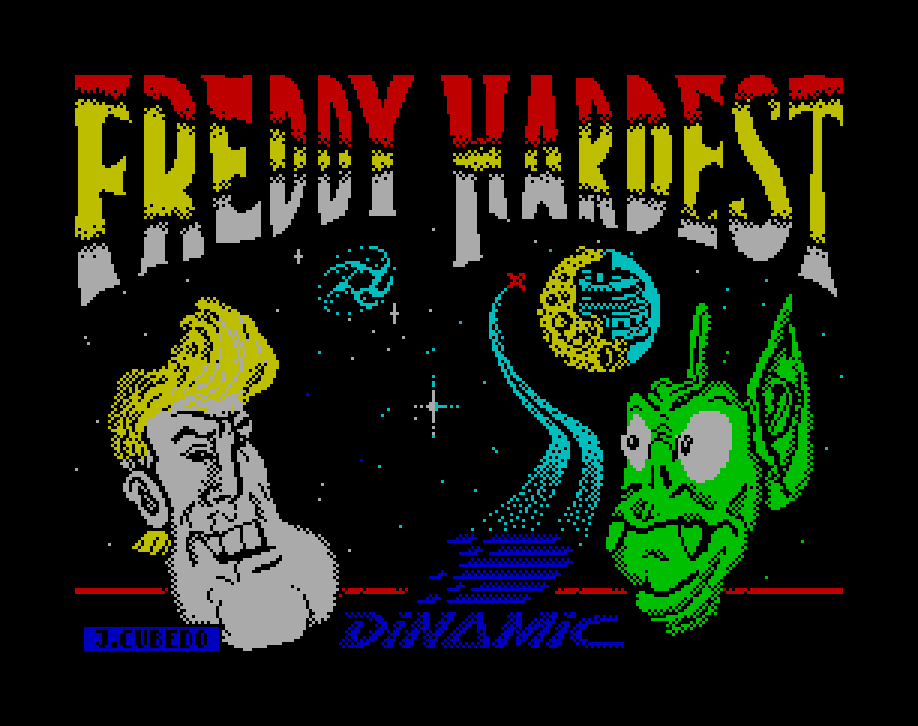 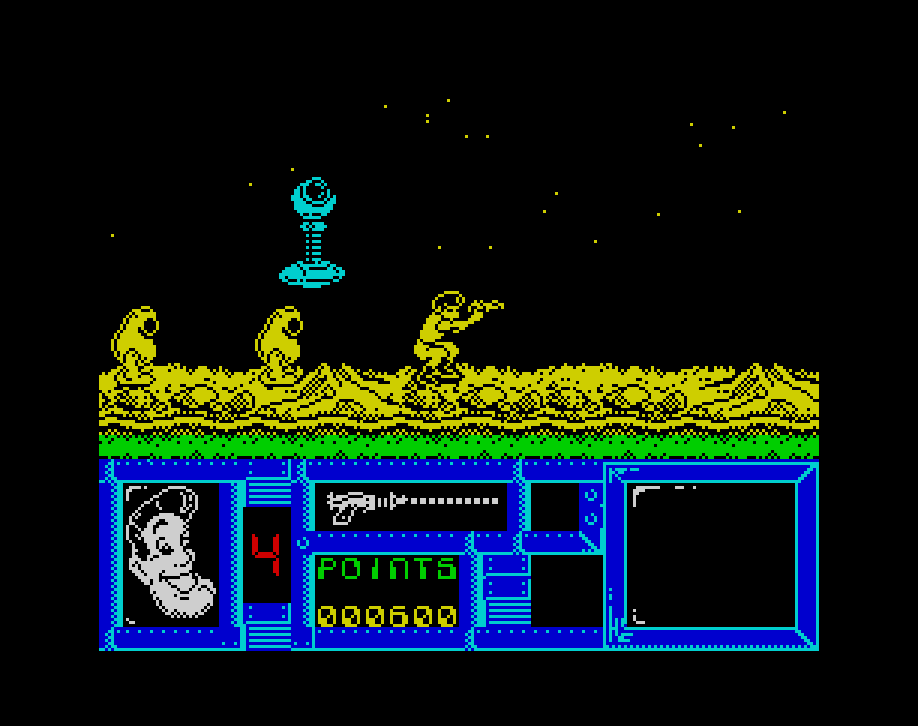 Freddy Hardest, after one of his "Little Parties" sets off on a blast through the Milky Way to play space invaders with a meteorite storm. Obviously, this amusement couldn't have a happy ending and our hero collides with a meteorite, crash landing on the moon of the planet TERNAT, site of the alien base of KALDAR. Bruised but laughing, Freddy scrambles out of the wrecked craft but it slowly dawns on him that his predicament is pretty serious - he needs to survive long enough to source some alternative transport and hi-jack it to make good his escape.

Dynamite Dan II Mirrorsoft, 1986 The youth of the world is being helplessly mesmerised - their brains sucked dry - by apparently innocuous pop records. Someone has been corrupting the vinyl with subliminal, mind-destroying sound waves. There's only one person who could be responsible for such an outrage - that's right, Blitzen is back, poised […]

Hijack The game sets up in charge of a Pentagon department, the Hijack Division, dedicated to stamping out terrorism by peaceful means. HIJACK is played using live action and complex windowing techniques as you fight a desperate struggle against bureaucracy to end hijacking before all hell is let loose. Publisher: Electric Dreams Software Year: 1986

Netherworld Hewson Consultants, 1988 You are trapped in another world, a world completely different to the one you know, a world of fantastic structures and strange, wonderful beings, but you are trapped. The only way back into the real world is to collect enough of the local currency to pay your way out otherwise you'll […]

Ocean Conqueror OCTA Soft, 1986 (as Nautilus); Rack-It, 1987 As the commander of a submarine, it's your job to destroy four convoys, each consisting of a freighter and two destroyers.