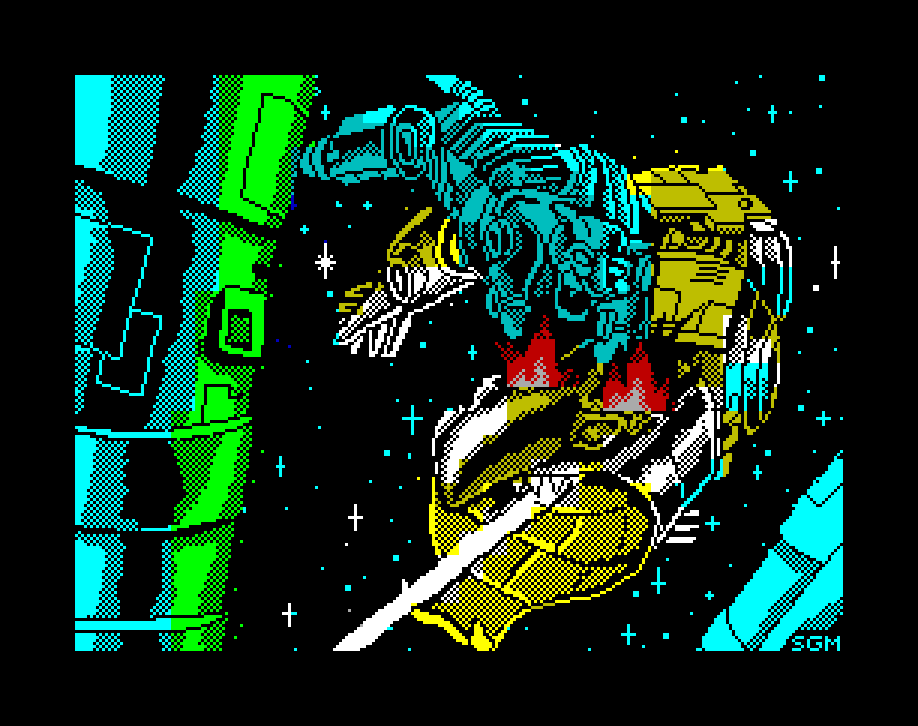 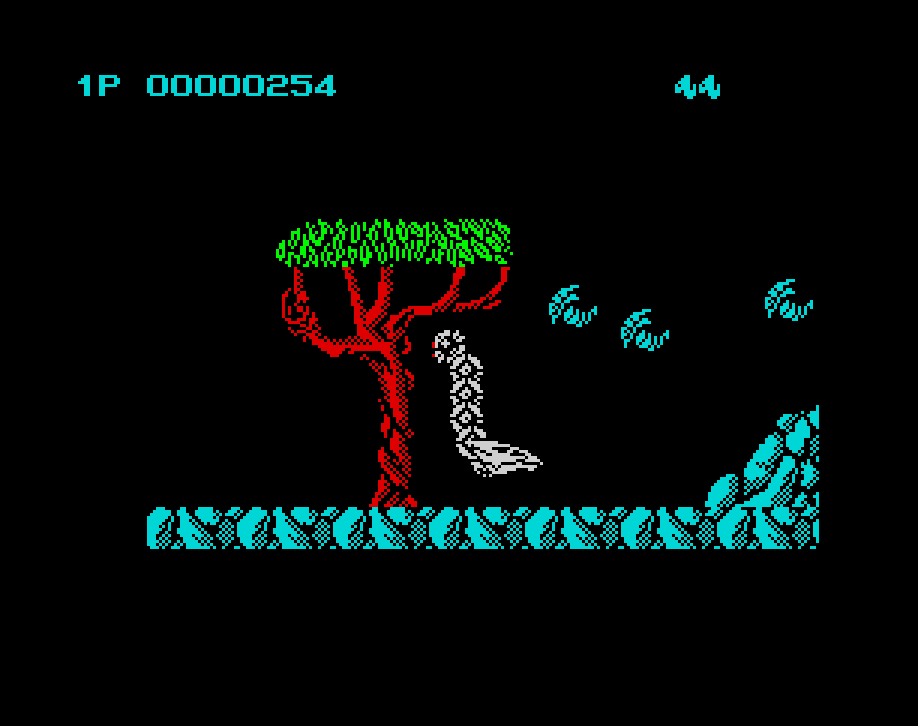 On a far distant planet you must prepare to fight the final battle! An evil force of monster machines has risen to conquer the Galaxy. One by one the peaceful races of the Galaxy have been attacked and enslaved by the Cyborg Monsters. None has the strenght to stand against the power of the Cyborgs, until one lone rebel rises from within the ranks of the mechanised monsters. Part dragon, part machine, the Cyborg Warrior fights back against its tyrant masters. The Galaxy has a hero. Hope returns to the hearts of the people at the rise of the Armoured Champion they call, "Saint Dragon". In this reverse of the Saint George legend you must fly the armoured Dragonship through five levels of non-stop destruction.

Choose between fireballs, bouncing bombs, ring lasers and turret weapons to blast your way through the armoured pumas, mechanical cobras, giant cyborg bull and a host of other mutant machines. But remember fire power isn't everything! Your ship has an armoured tail. Use it well and you may just survive.

Sport of Kings Mastertronic Added Dimension, 1986 Experience all the thrills and excitement of a day at the races in this icon driven simulation for up to 5 players. You can choose up to 75 horses to race in any season, to start with they will not have any form so build this up by […]

Avalon Hewson Consultants, 1984 There are over 200 rooms, tunnels and caves on eight levels for you to explore in your quest to banish the Lord of Chaos.

Fernando Martin Basket Master Basket Master… the latest sports blockbuster! An all-action bonanza as you face either the computer or take on your friends in a frantic head-to-head tussle with one of the fastest sports around. Stay on your toes as you dribble the ball down the court, your opponent hot on your heels, then […]