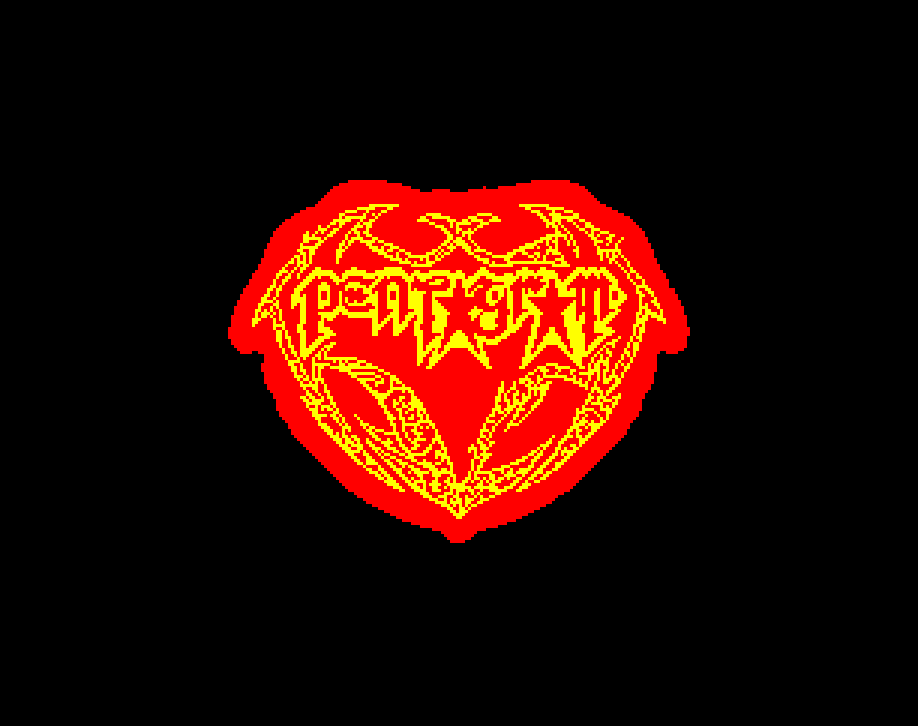 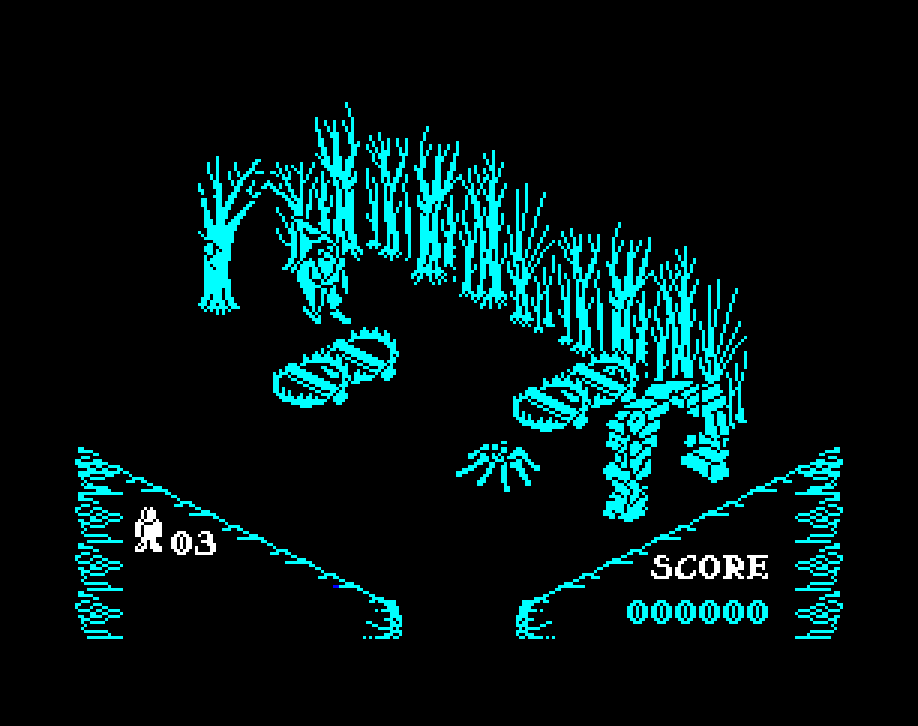 The quest for the PENTAGRAM could not have been further from Sabreman's mind as he collected his Grand Arch Wizardy spell book from the Old Mystic Curio Shoppe in Cojour town. It was the last copy of the book now left in existence.

Sabreman chortled to himself as he eagerly jumped into his shimmering blue robes and hat. Now at last he was ready.

Through jungle, cavern and castle had he struggled, he trembled as he relived the fear of ghosts and horrors, battling against all odds to complete his tasks and bring him to this moment. He paused and then in an instant he was off, spell book at the ready to solve his quest.

Many years had passed and the PENTAGRAM's whereabouts had slipped through man's frail memory and into oblivion. Only Myth and Legend remained to recall its once great power and magnitude, but sadly now it remains lost. Some say it never really existed, except in man's fickle and fleeting imagination.

The camp fire's flames licked around the glowing embers of charring radiant logs. As Sabreman started to read the passage from the Grand Arch Wizardry Spell Book concerning the PENTAGRAM, hush fell over the gathering surrounding the fire. Ears eager to clasp the long since written words as Sabreman begins to speak...

"and silvery waters drawn forth from the well did quench the ravages of time. Decay dissolved, they point to the stars proud and sharp and new. Two you will find and thence, two more, all charmed with the magical dew. Across them you will find the PENTAGRAM, its form will become as solid as rock for all to see. The Runes must you learn and glean, their place in Magic and in this land will they find without aid and the PENTAGRAM will be yours."

The fire flames flickered and died. For soon the land would know the PENTAGRAM.

The QUEST has begun.

Marble Madness Melbourne House, 1986 The definitive Marble Madness on the Speccy. It's tough, it's changeable and it's addictive!