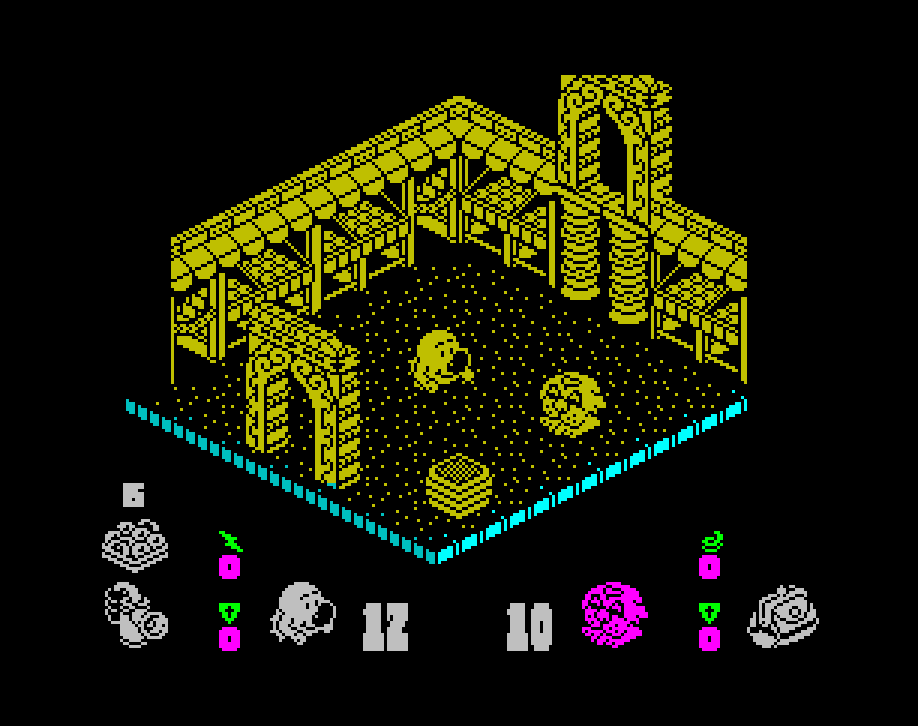 Far, far away from our star Sol lies the Blacktooth empire, an evil empire, four worlds enslaved by the planet Blacktooth. All of the slave worlds bubble with unrest, but due to the oppressive nature of their rulers they never reach boiling point, they all lack a leader to draw the masses of population together.

Blacktooth itself is not any better, a world rigidly controlled by its dynastic leaders for so long that the populace do not even think about revolution. The peoples of the neighbouring stars are getting very worried about signs of military expansion from Blacktooth and have sent a spy from the planet Freedom to see if he can push the slave planets into full rebellion by finding the crowns lost when Blacktooth took over.

The creatures of Freedom are very strange in that they are formed from a pair of symbolic animals that have adapted to operate either independantly or, to their mutual advantage, join together as one – Head saddled on Heels, and indeed these ARE their names and both are highly trained spies.

The Train: Escape to Normandy

The Train: Escape to Normandy Electronic Arts, 1988 August 1944. Occupied France is soon to be liberated by the advancing Allies. The German grip on Europe is crumbling and an evacuation of men, materials and plunder is underway. The prize and pride of France, its entire art collection, is to be expropriated and shipped by […]

Action Force The enemy, COBRA, has launched a surprise attack on the island of Botsneda. In the panic of the evacuation, classified information has been left behind in the eastern sector. The enemy’s grip tightens and an immediate raid must take place to retrieve the vital data. This is a job for ACTION FORCE. Publisher: […]