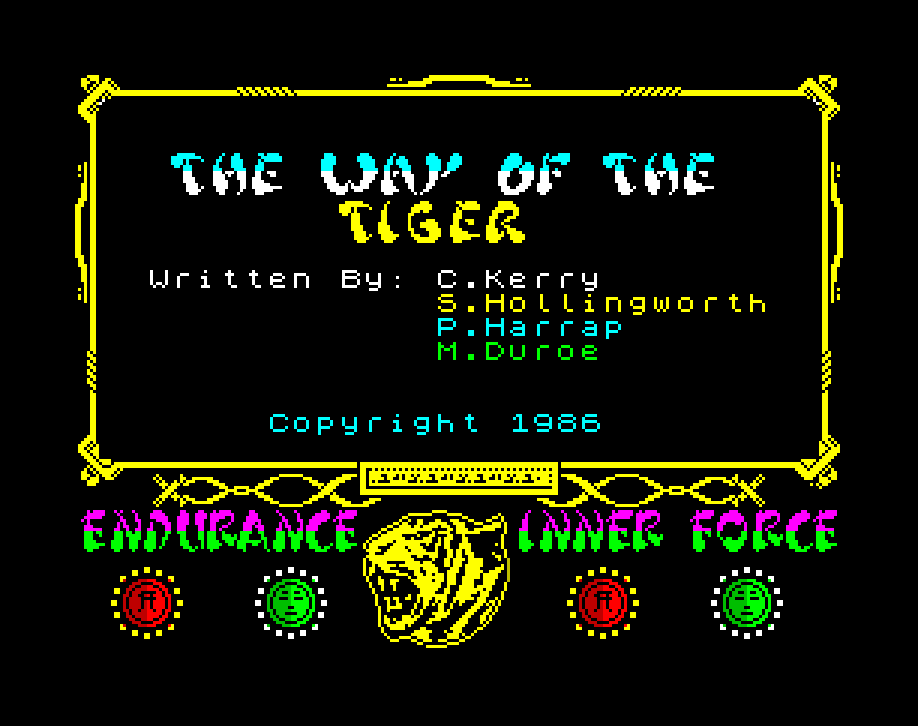 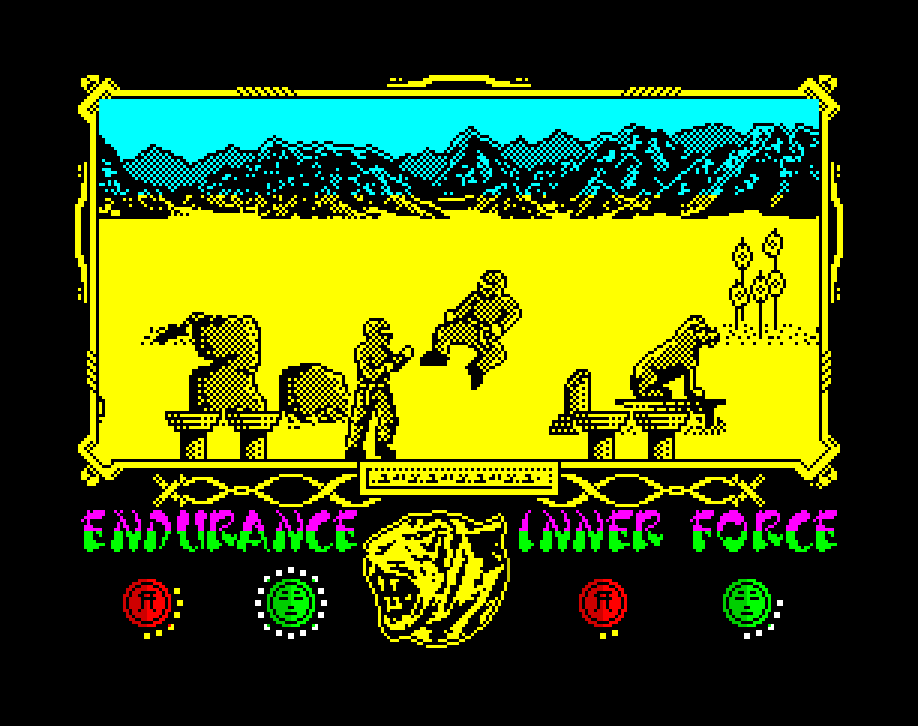 The story begins on the magical world of Orb, alone in a sea that the people of the Manmarch call Endless, where there lies the mystical Island of Tranquil Dreams.

Many Year:s have passed since the time when, as an infant, you first saw its golden shores and emerald rice meadows. A servant brought you, braving the distant leagues of the ponderous ocean from lands to which you have never returned. Your loyal servant laid you, an orphan, at the steps of the Temple of the Rock, praying that the monks would care for you, for she was frail and dying of a hideous curse.

Monks have lived on the island for centuries, dedicated to the worship of their God, Kwon, He who speaks the Holy Word of Power, Supreme Master of Unarmed Combat. They live only to help others resist the evil that infests the world. Seeing that you were alone and needed care, the monks took you in and you became an acolyte a the Temple of the Rock. Nothing was made of the strange birthmark, shaped like a crown, which you carry on your thigh, though you remember that old servant insisted that it was of mystical importance. Whenever you have asked about this the monks have bade you meditate and be patient.

The most ancient and powerful of them all, Naijishi, Grand Master of the Dawn, became your foster father. He gave you guidance and training in the calm goodness of Kwon.

Naijishi, the Grand Master, has trained you with sole aim of you becoming a Ninja. To prove that you are worthy of this, you must pass three tests against the master’s chosen adversaries. You will be given levels of Endurance and Inner Force; for every complete circle of Endurance that you use, one point of Inner Force is deducted. Your opponents will also be given varying degrees of Endurance and Inner Force, and it is worth remembering that the less Inner Force both you and your opponent have, the less effect each blow has. Kwon has the power to increase your strength and he may do so after you have defeated an enemy. If your Inner Force is totally depleted, you have failed the test.

La Abadia del Crimen Opera Soft, 1988 "Do not follow false doctrines that spread pestilent seeds", wrote His Holiness Clement VI in the year 1346, to teachers and pupils of the university of Paris. The Pontiff was referring in that letter to the doctrines of a Franciscan monk of English origin called Guillermo of Occam, […]

Starquake From the great abyss of a black hole emerges a danger of awsome consequences – a planet so unstable that if its core is not rebuilt the resulting explosion will render the Galaxy a lifeless wasteland. To the rescue, BLOB, hero of the moment. This Bio-Logically Operating Being is chosen not for his super […]

Dun Darach Gargoyle Games, 1985 It happened that, following a fateful, bloody and largely pointless battle against the Conachta, Cuchulainn the Great was returning home to Muirmethne in company of his faithful charioteer, Loeg; pointless because the enemy was a scouting party and not intent on taking the peak of Beann Ghulban, below which the […]