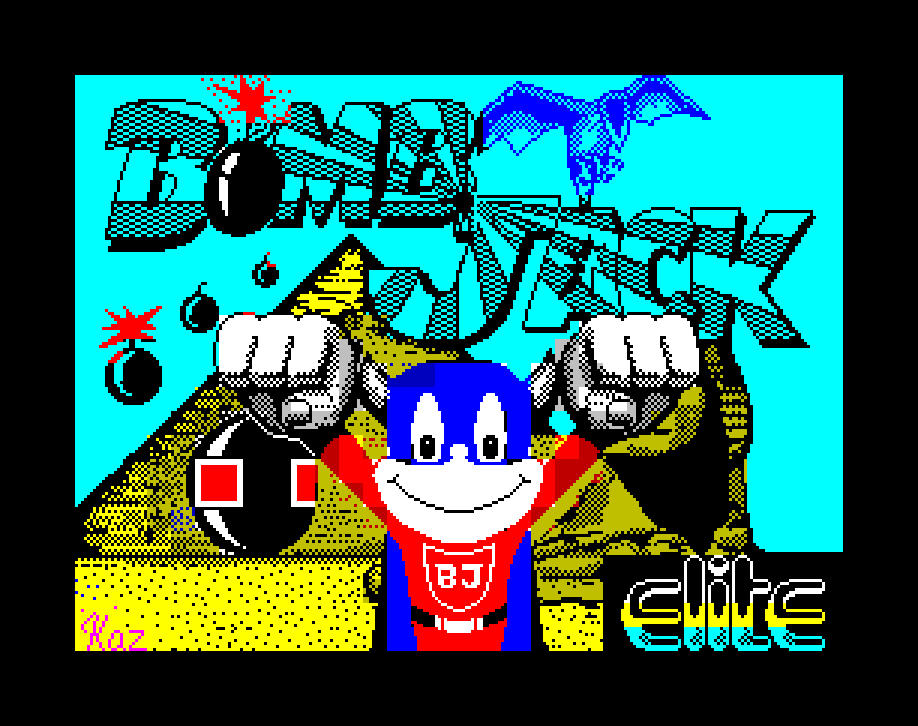 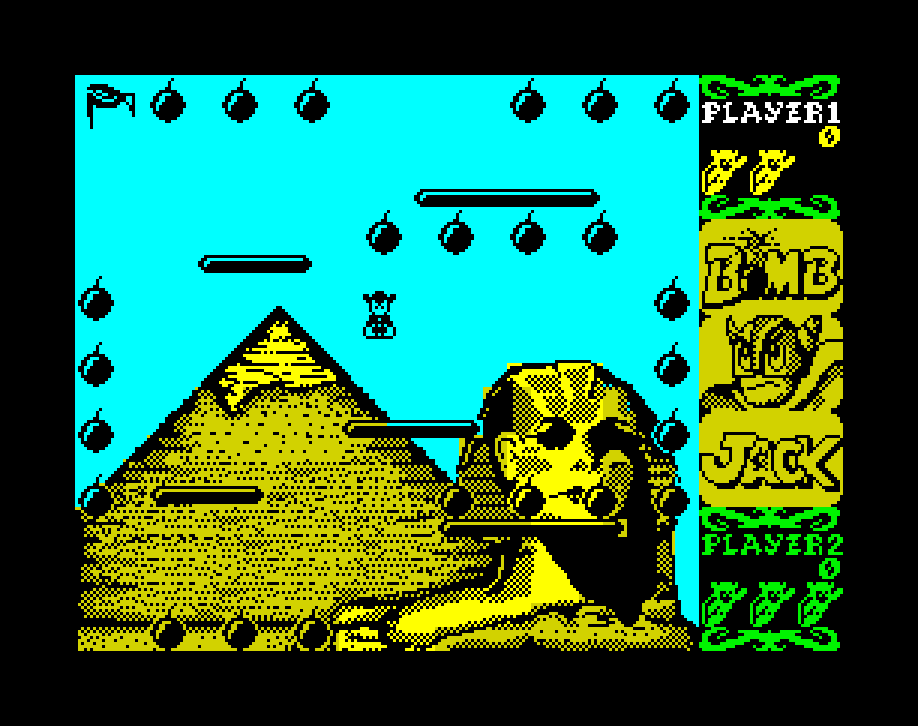 The player controls Jack, a superhero who can leap and glide. Someone has planted 24 bombs at famous tourist sites (the Sphinx and Great Pyramids, the Acropolis, Neuschwanstein Castle in Bavaria, and two cityscapes resembling Miami Beach and Hollywood, which appear only as screen backgrounds rather than unique game locations). Jack must fly around the screen to collect the bombs. Each screen uses a different configuration of platforms upon which Jack may run and jump.

Jasper! Micromega, 1984 Jasper was very worried - the world had gone too far this time. He'd gone for a walk minding his own business when the Furt had Wangled. Now every creature and even some of the vegetation was a danger to him. Until now he'd never believed all that nonsense his Old Mother […]

Tau Ceti CRL Group, 1985 The story begins in 2047 with the invention of the Interstellar drive. Using hydrogen scoops mankind could collect fuel from the thin spread of hydrogen between the stars. This made it possible for the exploration and colonisation of nearby systems. In 2050 the first wave of colonists left Earth for […]