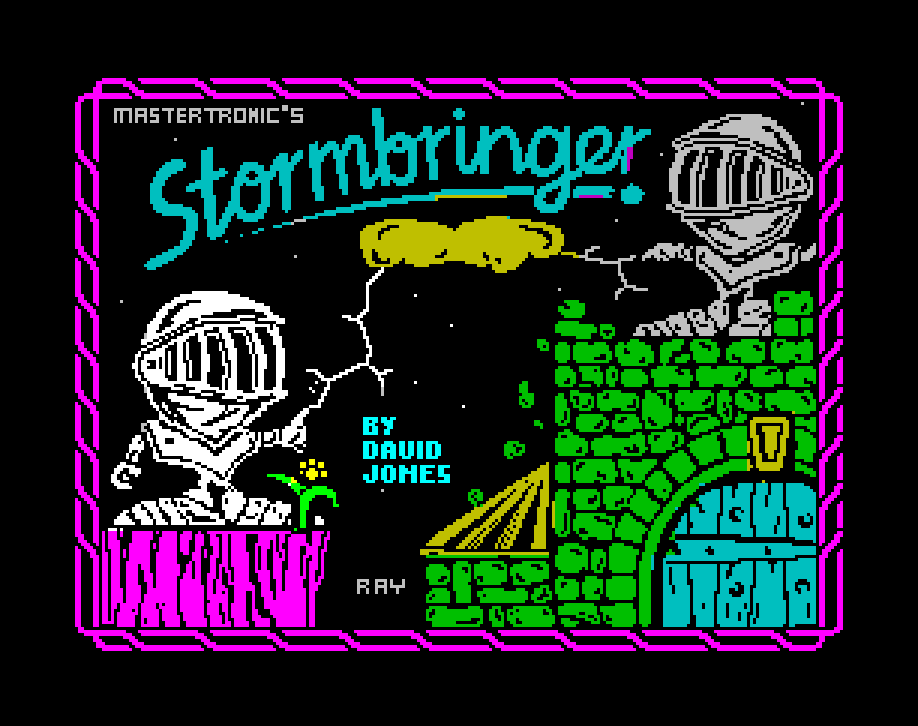 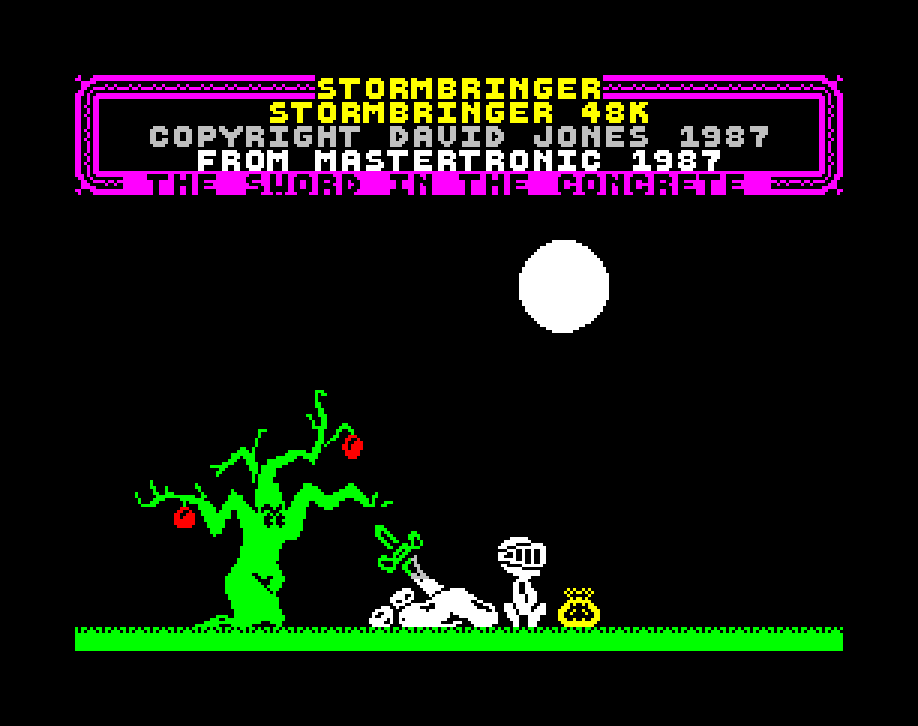 In previous episodes (Spellbound and Knight Tyme) Magic Knight rescues his friend and tutor Gimbal the Wizard from a self inflicted White Out spell, and then finds himself catapulted into the 25th Century aboard the starship USS Pisces. Having aquired a secondhand time-machine from the Tyme guardians, Magic Knight finally reaches his own time and planet - but with a slight problem; Whilst travelling back, a serious malfunction occured with the secondhand time machine, and now, horror of horrors, there are two Magic Knights!

The other Magic Knight is a real nasty piece of work. He calls himself the "Off White Knight", but locally he is known as the Stormbringer because of his powerful and dangerous Storm Cloud, which he is planning to use to destroy Magic Knight.

In your role as Magic Knight, you realise that you cannot kill Stormbringer, because if you do, you will destroy yourself in the process, the only way for you to become your old self again is to merge with him. Good Luck, Magic Knight!

The Way of the Tiger The story begins on the magical world of Orb, alone in a sea that the people of the Manmarch call Endless, where there lies the mystical Island of Tranquil Dreams. Many Year:s have passed since the time when, as an infant, you first saw its golden shores and emerald rice […]

Target Renegade Every move you make, every step you take they’re watching you. Fight your way through the precinct – the back alleys, the car parks, fight your way through villainous community, the skin-heads, the Beastie Boys, the bouncers. On a hot, steamy night in New York this is just the tip of the iceberg […]

Read More
Robin of the Wood

Robin of the Wood From a time outside history – before the language of the English was ever written down – there come to us stories and legends of heroes and valiant folk. Amid battles and adventures, deeds of courage and of treachery, striving against tyranny, fighting for the weak against the strong – stealing […]

Impossible Mission II US Gold, 1988 You as the Agency's Field Agent must reach several objectives to prevent the world from being destroyed. Firstly, you must assemble the 3-digit pass code for each tower while at the same time avoiding and fighting off Elvin's robots, using his own security system to help you. Then you […]