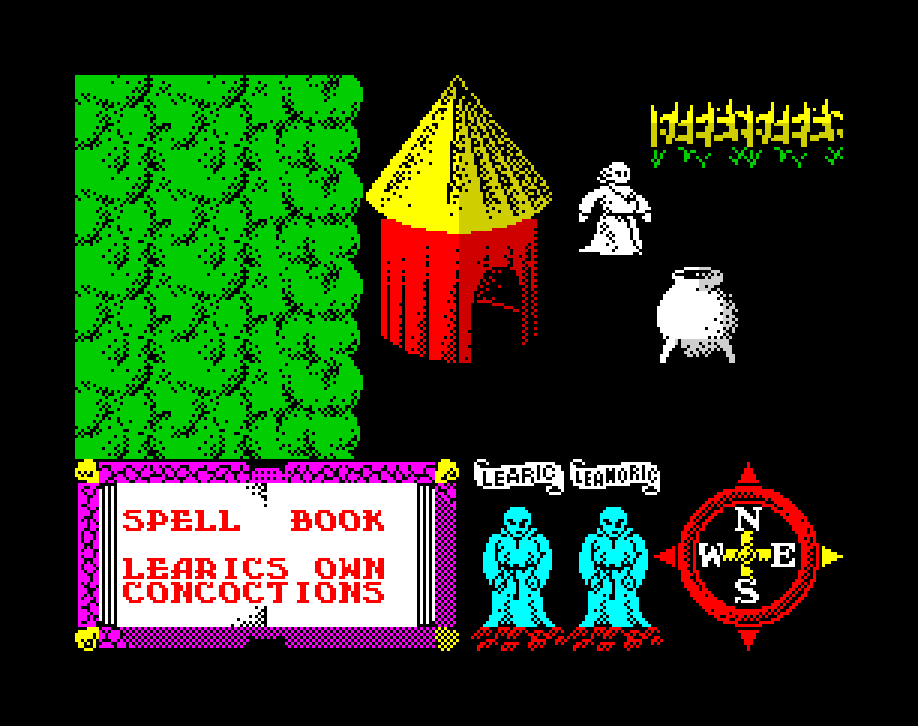 “No one knows ‘ow long they have been ‘ere; even old Albert don’t recall ’em comin’ an’ ‘e reckons ‘e might be over ‘undred! We didn’t mind when they kept themselves to themselves. I mean, all we wants is a bit o’ piece an’ quiet an’ leave to go about our business. We’re simple folk ‘ere in Little Dullford and we can’t be doin’ with magic an’ spells. I never did ‘old with folk meddlin’ in things best left alone. We’d see ’em o’course; in the forest pickin’ toadstools an’ suchlike, or p’raps one would pop into Tubby Hieke’s shop for ‘erbs an’ stuff, but by an’ large they left us normal folk alone, and that’s ‘ow we like it.

They’d ‘ad arguments before, we all know that. Well, readin’ them magic books all day they can’t be right in the ‘ead can they? Anyway, two summers back, or maybe three (I remember because that was the Year: Albert’s donkey died), old Leanoric (he’s the older one I think), he turned ‘is brother Learic into a frog! His own brother! but he turned ‘im back after a week an’ at least they didn’t bother us.

Two weeks back, all this changed; first the forest went quiet for a few days, not even a sparra’ dared to make a sound. Then the noises began, first shoutin’ then all manner o’ bangs, explosions and things best not thought about. Yesterday, old Leanoric upped an’ left an’ moved to another ‘ut on t’uther side o’village. Hieke (who knows ’em better’n most), reckons they’s about to start a feudin’ an’ woe betide the poor soul who gets in their way. That as maybe but there’s strange things afoot in this ‘ere village an’ no mistake. It don’t take no fancy book learnin’ to figger we ain’t seen the last o’this, you mark my words.”

Saboteur 2 The dictator’s new command centre and office complex is being built on top of a mountain filled with underground tunnels and caverns. An armoury building is on the top left of the mountain, and a missile silo is on the top right. The central top area is still being developed. There is only […]

Roland's Rat Race Ocean Software, 1985 Poor Roland, as a superstar on breakfast T.V. he has to get up and get to the studio in time for his show every morning. Now that he is a successful celebrity he lives, unlike his friends, in the underground tunnels and storm drains of London, in a small, […]

Solomon's Key U.S. Gold, 1987 Return to an age of mistery and intrigue, to a palce in which the fabled treasure of King Solomon shone brightly with its glorious wealth. Where amongst the network of mysterious rooms lies the next key that will bring you nearer to these fabulous riches. Where amongst the stone pillars […]