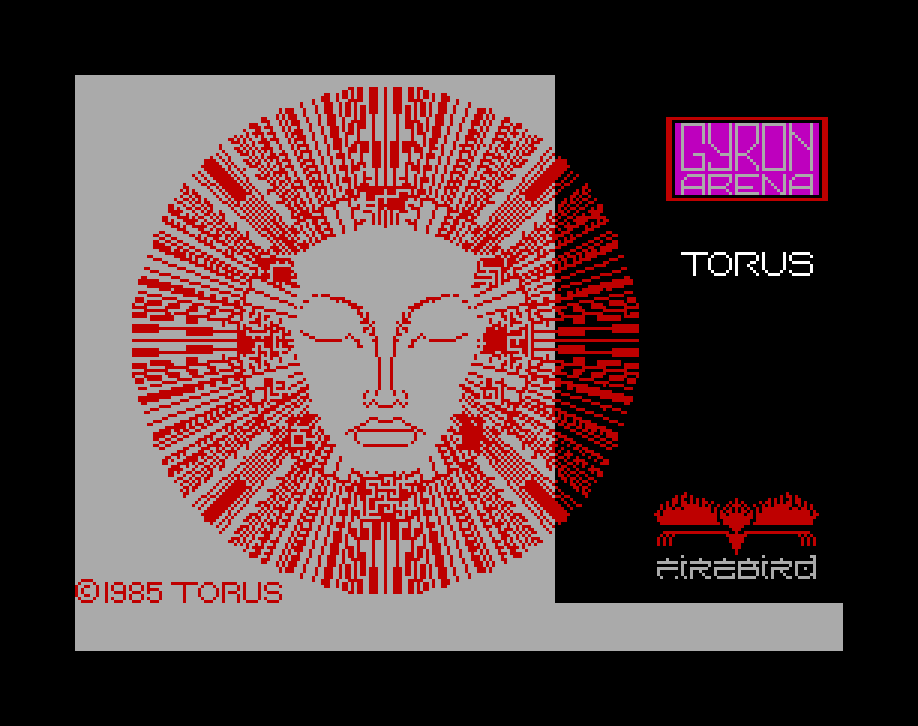 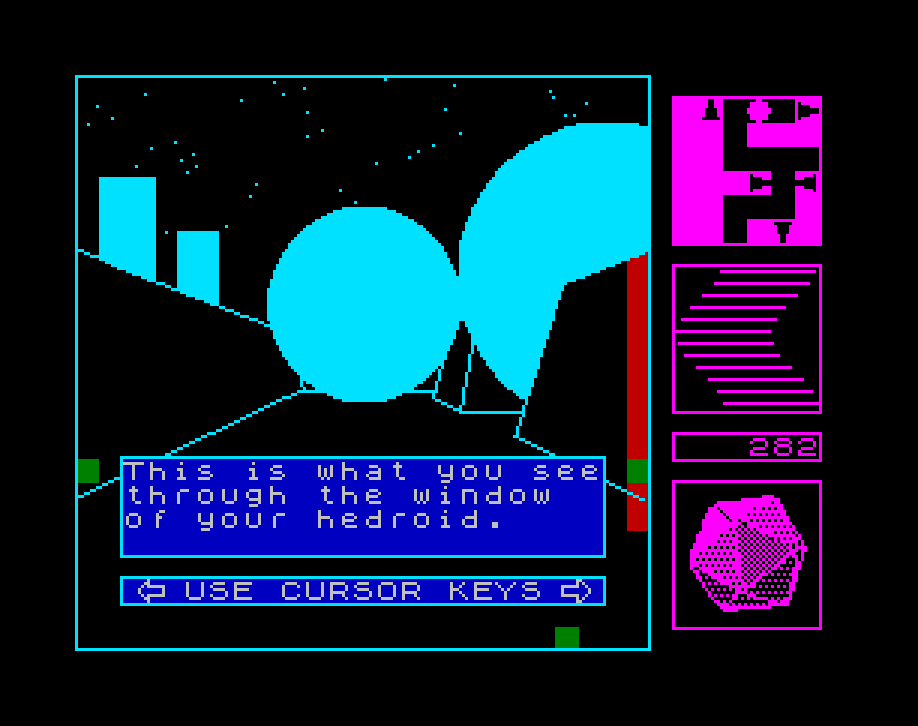 On a cold grey morning in the middle of London thirty people gathered in a very ordinary office block.

These people, in the age range 14 to 60, had one thing in common. They had completed one of the most difficult computer games ever devised, GYRON NECROPOLIS, and were brought together to compete in the grand final play off. Their task? Complete the GYRON ARENA game in the shortest possible time. The prize? A brand new Porsche 924 motor car or 12,500 cash. Further competitions were held in Spain and Denmark simultaneously with London to give foreign finalists the chance to claim the prize. The winner came from the Spanish heat, who finished the game in a blistering 18 minutes! Here is your opportunity to play the ARENA game used in the final… Bet you can’t beat 18 minutes!

Skool Daze In the role of our hero, Eric (or any other name you decide to call him and the rest of the cast), you know that inside the staffroom safe are kept the school reports. And, being Eric, you realise that you must at all costs remove your report before it comes to the […]

Alien Highway You have to guide a bomb to the centre of an evil alien forces empire, which is situated at the end of a huge highway, using a Vorton dalek-type thingy to push it to the end. At the same time, loads of aliens will try to kill you, as well as prevent any […]

Jet Set Willy Miner Willy, intrepid explorer and nouveau-riche socialite, has been reaping the benefits of his fortunate discovery in surbiton. He has a yacht, a cliff-top mansion, an Italian housekeeper and a French cook, and hundreds of new found friends who REALLY know how to enjoy themselves a a party. His housekeeper Maria, however, […]

Samurai Warrior: The Battles of Usagi Yojimbo The game is a sideways-scrolling adventure, where Miyamoto Usagi has to defeat opponents in sword fights, and also have encounters with other characters, for example priests, who usually carry a cane and utter Zen Buddhist koans. Usagi is often attacked by bandits and enemy ninja. These opponents frequently […]

Donkey Kong Mighty Donkey Kong has captured the beautiful girl – watch him make off with her to the top of the half constructed building. Now play the role of the brave carpenter, Mario, as he fearlessly pursues the frightening beast and attempts to rescue the damsel. Publisher: Ocean Software Year: 1986