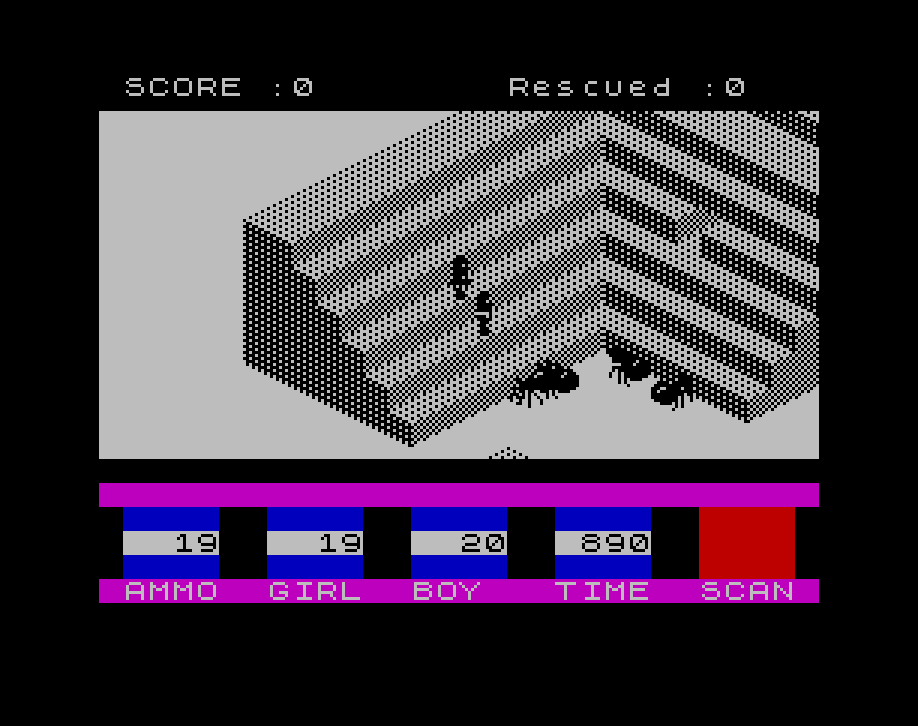 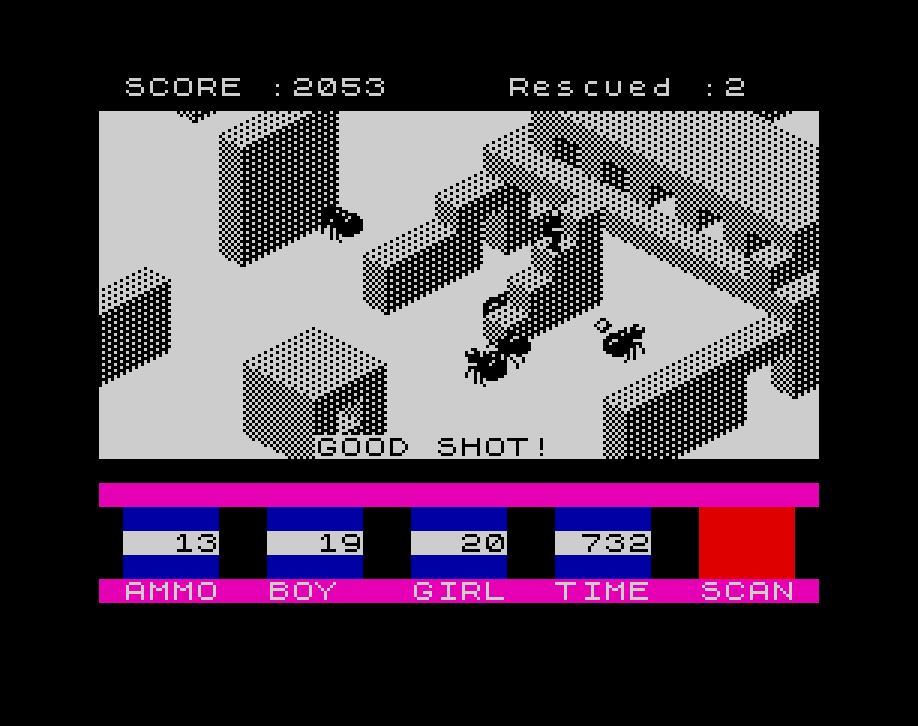 The Walled City of Antescher has rested for a thousand, thousand years in the midst of the Great Desert inhabited by only the deadly Ants who have made it their home. The sands have piled up at the walls but for some reason have never encroached upon the city proper. The City rests dreaming of past glories, solid and unmoving; the signature of a long dead race. The City washed clean by the sun's rays. The city lost from the world of men for days without number.

He and She arrived to play their games through the wind-swept streets, ousting the ants from their exclusive occupation. He and She are now wreaking havoc through the ants who for their part kill and kill again without thought or consideration, just carrying out a biological imperative. He and She run to and fro, climbing in and out the buildings, the sound of their feet stretching from block to block. They laugh and cry out in fear walking with each other just ahead of the Ants and Death.

And above all the drama within it's walls the City of Antescher watches and watches waiting for the next renaissance and the next Golden Age. The City seems to have a presence, a huge brooding entity which hangs over the buildings and which in some mysterious way controls the destiny of those below...

Cyclone The area is being evacuated. Your mission, to fly your helicopter into the danger zone to recover essential medical supplies. As you scour from island to island, avoid the heavy air traffic. Seek and collect all five crates. But beware… The advancing Cyclone. Publisher: Vortex Software Year: 1985

Ghostbusters HEY! ANYBODY SEEN A GHOST? Matter of fact, yes. Many, many ghosts are right now winging their way to the infamous spook central. And only you can avert a disaster of biblical proportions. To save the city you must make it to the top of the Temple ofZuul. This can only be accomplished after […]

Jack the Nipper Gremlin Graphics Software, 1986 Jack was tired of all the wimps in his town, their boring games and goody goody ways sent him to sleep. So, Jack being of a rather naughty disposition set about livening things up a bit, he picked up his trusty pea-shooter and scarpered off to cause some […]

Deflektor A puzzle game based on mirrors reflecting a laser beam. More fun than it sounds. Publisher: Vortex Software Year: 1987