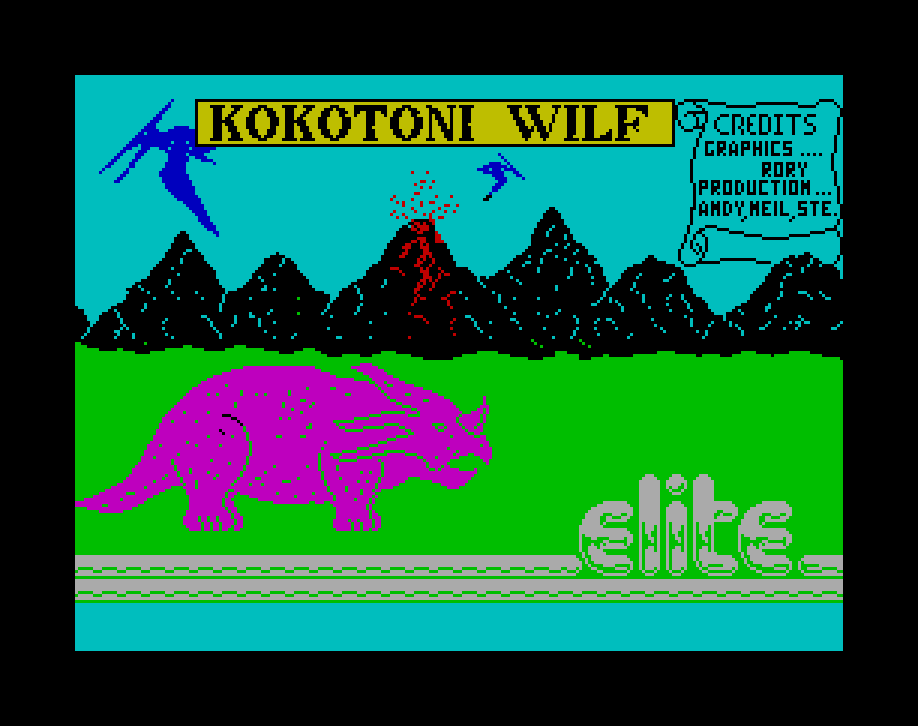 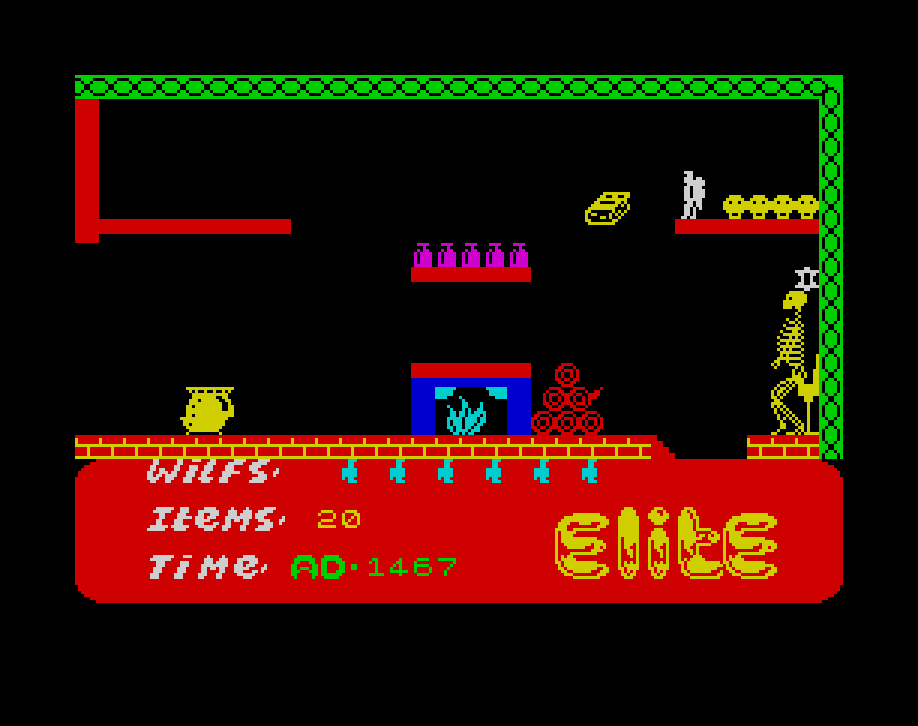 Legend has it that several hundred years ago in a province in Northern Europe there lived a Great Magician who was known by the people of the time as, Ulrich. Ullrich discovered that there had once existed a legendary Dragon Amulet, fragments of which had been scattered throughout time. Ulrich wished to recover all the fragments of the Amulet, but by the time of its discovery had become too old and infirm to undertake the arduous task by himself. So, Ulrich commanded his athletic protege, Kokotoni Wilf, to recover the fragments for him. Ulrich sent Wilf back in time more than 500 million years to a time when Dinosaurs roamed the earth. The only help he was able to offer Wilf was to provide him with a set of wings to aid his search. Only when all of the fragments had been collected from a time-period was Ulrich able to give Wilf further help by creating a glowing time-gate. When located the time-gate enabled Wilf to travel to another period where more fragments of the Amulet were to be found.

Your task is to guide Wilf in his search for the fragments of the legendary Dragon Amulet.

F-16 Combat Pilot Digital Integration, 1991 Welcome to the world of the F-16 combat pilot. You are about to join an elite group of pilots envied by fighter crews the world over. The F-16 Fighting Falcon is a truly remarkable aircraft, designed originally as a highly manoeuvrable dogfighter and subsequently developed into an awesome multi-role […]

Nodes of Yesod Odin Computer Graphics, 1985 Somewhere on the surface of the moon... The Rt Hon Charlemagne 'Charlie' Fotheringham — Grunes well known explorer and adventurer, apprentice saviour of the universe, finds himself in a 'proper pickle' as his nanny used to say! On leaving the ancestral domicile at Salmons Leap, Middle Thumping, one […]

Read More
They Stole a Million