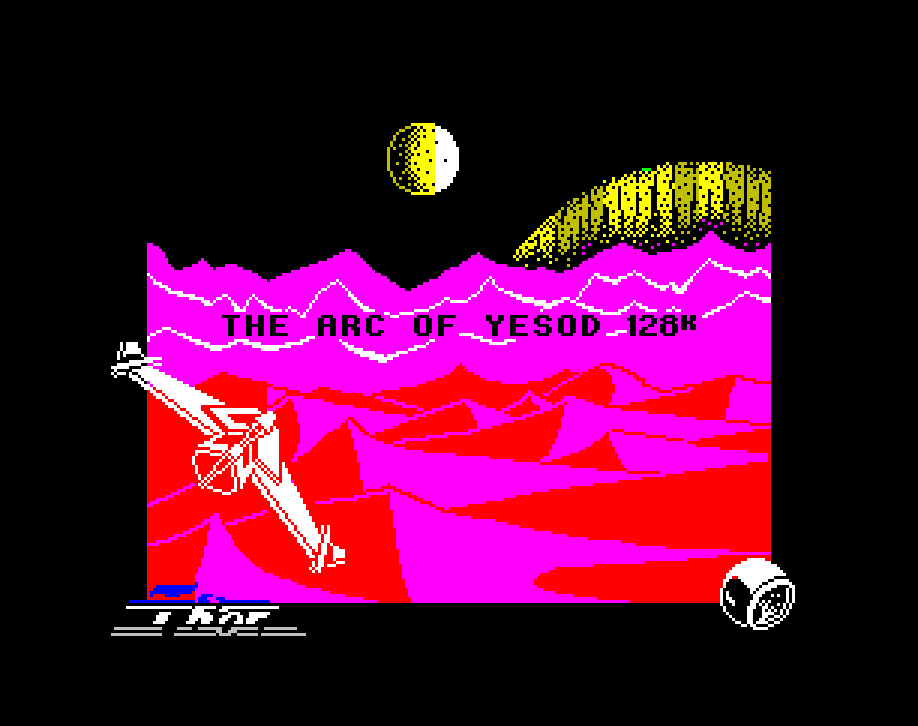 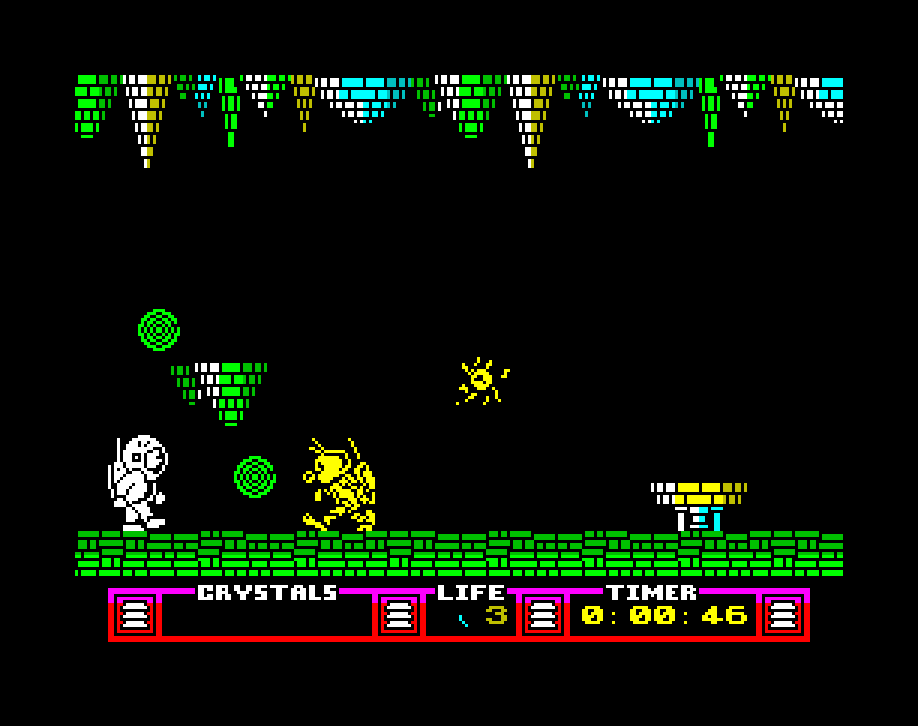 After his adventures in NODES OF YESOD, Charlemagne Fotheringham-Grunes is once again called upon to save mankind. At the end of NODES, the alien Monolith teleported off the Moon back to its homeworld of Ariat. Charlie has followed it there and must destroy it before the hostile Arians download the sensitive information on Earth which it has collected.

Charlie must traverse the caverns below Ariat to reach the Security Centre where the Monolith is being examined. Arriving on the surface, he must find a convenient manhole down which to enter the caverns. A teleport system exists within the labyrinth, and Charlie can zap between locations by stepping into one of the various transporters.

Apart from the usual static obstacles, there are also a wide variety of strange alien creatures to hinder you. Contact isn’t immediately fatal but it does drain your life energy which, if drained completely, will lead to the loss of one of your four lives. In the meantime, Charlie must search for eight crystals before he can have a go at the Monolith.

Charlie has a useful ally in the form of a Sphere, or Electronic Mole, which is released from his backpack and can be controlled by you (although Charlie has to remain immobile while you do this). The Sphere can get rid of the aliens by ramming them. It can also open concealed secret passages by bumping into the masonry covering them. Charlie himself is armed with a limited supply of Smart Bombs which wipe out all the aliens on screen when detonated.

Ping Pong Ping Pong is a realistic simulation of table tennis for one player. The screen displays a three dimensional view from above a ping pong table with the players depicted as bats. The game can be played at five different skill levels against the computer, or another player. Publisher: Imagine Software Year: 1986

Cybernoid II: The Revenge Hewson Consultants, 1988 The pirates have returned in a new Battlestar, even more fearsome than the last and have gain plundered the Federation storage depots. As you did such a good job last time you've been commisioned once again to retrieve the stolen cargo. You've been given an all new ship […]

Goonies The Goonies’ goal is to find One-Eyed Willy’s Pirate Ship. You must cooperate with Mikey, Brand, Mouth, Data, Stef, Andy and Chunk to find the treasure and save your families’ homes from foreclosures. The members of the evil Fratelli gang will try to keep you from reaching the Pirate Ship. Stay out of their […]