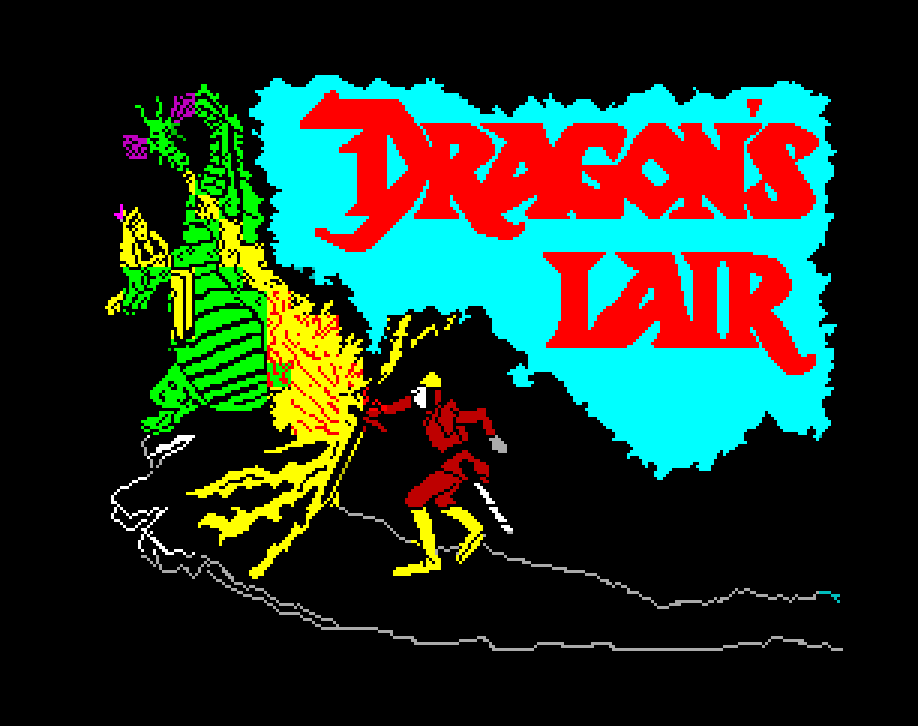 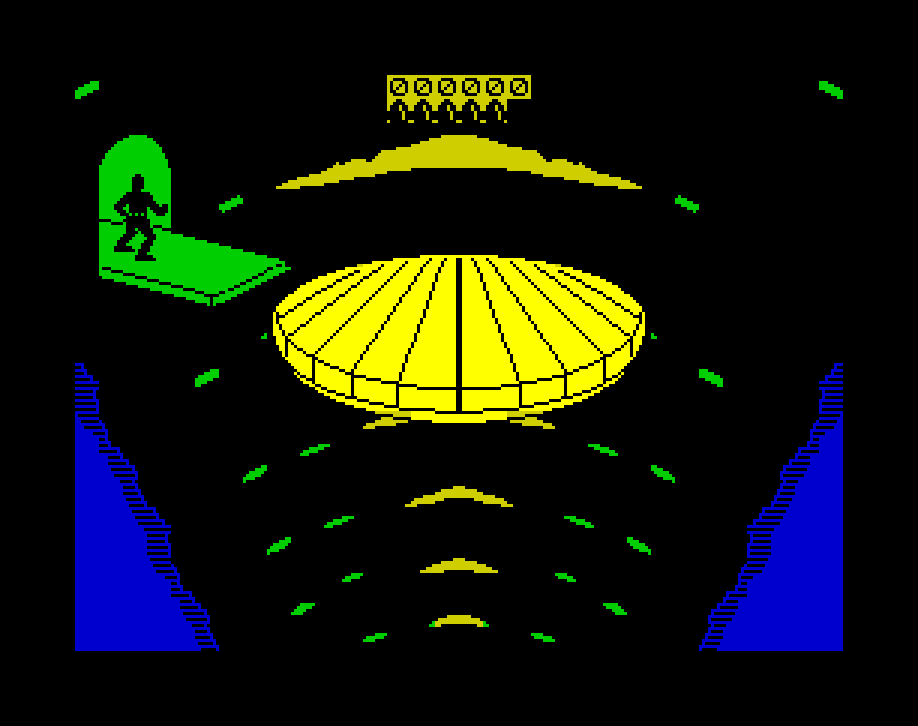 Long ago, in a magical time, a good King named Aethelred ruled a peaceful kingdom. Now his kingdom had many treasures, but its greatest prize was Princess Daphne, the King's only child. Brave Knights and handsome Princes came from afar just to pay her court, for she was a maiden of exceeding beauty and grace. But, though they laid vast riches at her feet and pleaded most earnestly for her hand, Princess Daphne refused them all. For her heart had long been given to another... Dirk the Daring, the King's champion and bravest Knight.

Then one dark day, Singe, an evil dragon who ruled over a shadowed land, appeared in Aethelred's kingdom and demanded that the king deliver up his kingdom and people to him. When Aethelred refused Singe's vile demand, the monster kidnapped the beautiful Daphne and imprisoned her in a crystal sphere in the horrible dungeons beneath his enchanted castle. Singe then sent Aethelred this message: Relinquish your kingdom before the setting sun or your beloved daughter will perish. Aethelred and all the people of the kingdom were plunged into despair. All except for Dirk who vowed to go to the enchanted castle and free the Princess... if he could survive the dungeon's many perils... if he could reach the Dragon's lair.

Contact Sam Cruise Just another day at the Sam Cruise Detective Agency. I hear the staccato rattle of Daisy at the old typewriter in the outer office: the band in my head starts to tune up. I reach for a strong coffee. Pulling up the blind I look out of the grimy window into the […]

Zub Mastertronic Added Dimension, 1986 There are ten planets in the Zub system, each of which is connected to some others by a system of teleports. You start on planet 1 and must get to planet 10 and back. There are platforms on each screen; when you stand on one you can move it by […]

Ant Attack Quicksilva, 1983 The Walled City of Antescher has rested for a thousand, thousand years in the midst of the Great Desert inhabited by only the deadly Ants who have made it their home. The sands have piled up at the walls but for some reason have never encroached upon the city proper. The […]

Manic Miner Miner Willy, while prospecting down Surbiton way, stumbles upon an ancient, long forgotten mine-shaft. On further exploration, he finds evidence of a lost civilisation far superior to our own, which used automatons to dig beep into the Earth’s core to supply the essential raw materials for their advanced industry. After centuries of peace […]