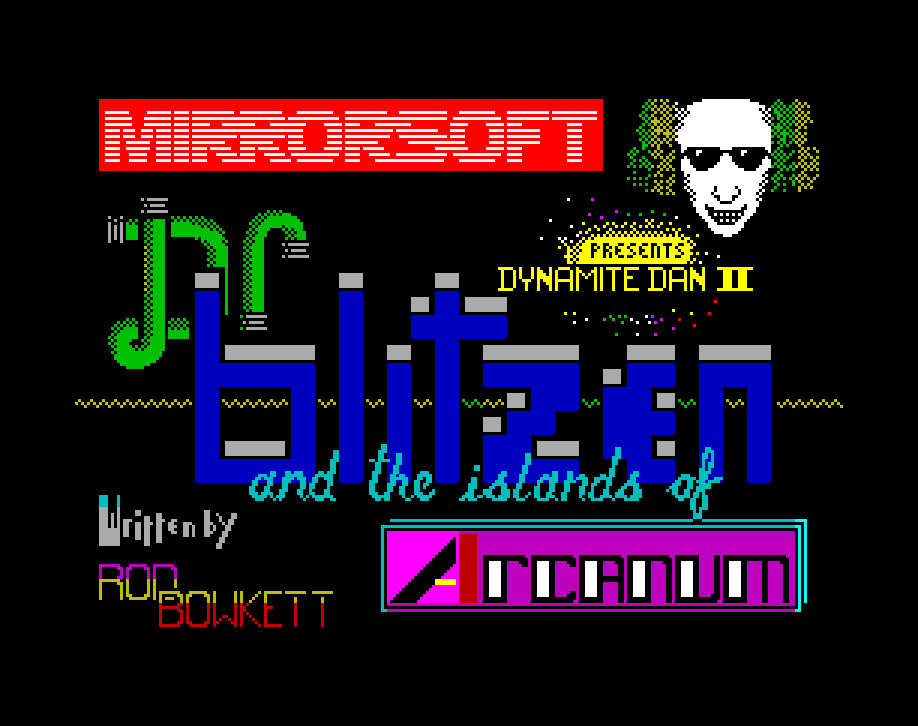 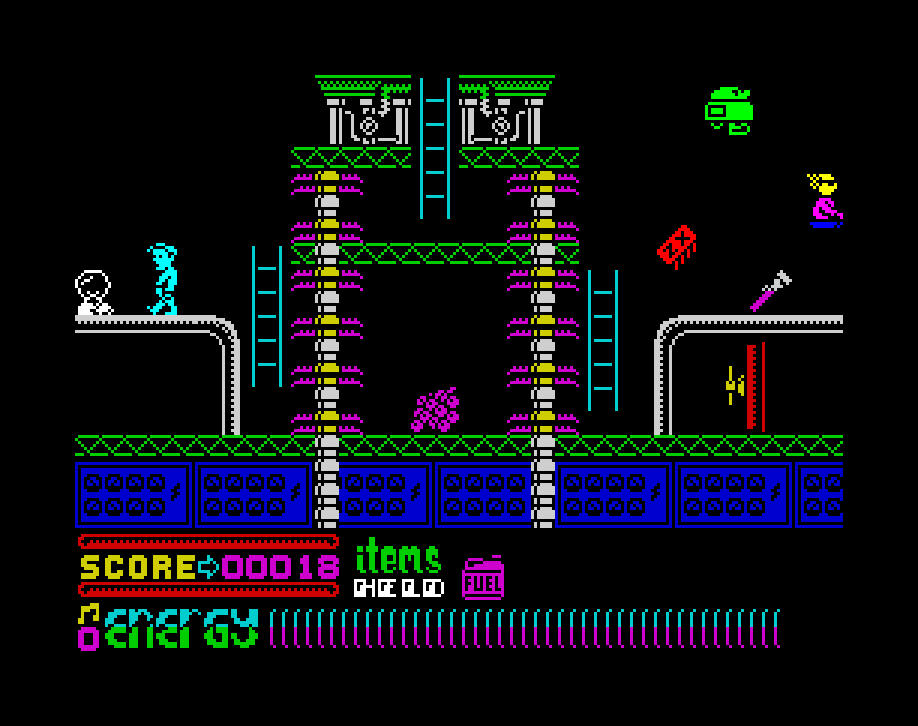 The youth of the world is being helplessly mesmerised - their brains sucked dry - by apparently innocuous pop records. Someone has been corrupting the vinyl with subliminal, mind-destroying sound waves. There's only one person who could be responsible for such an outrage - that's right, Blitzen is back, poised to wreak havoc on an unsuspecting planet.

Your task as Agent Dan is to get into the group of eight islands known as Arcanum, where Blitzen has set up his secret headquarters. You must find the one record hidden on each island, locate the jukebox, and play the record. Then you must refuel your trusty blimp and go on to the next island. When the eighth island is reached (the pressing plant), and the last record has been played, you must place a bomb in Blitzen's lab. You've now got just 3 minutes to get back to the zeppelin before the plant goes up.

LED Storm Go!, 1988 The road race game of the year puts you in control of high powered futeristic vehicle through 9 fast, furious and hazardous stages designed to stop you dead in your tracks.

Jetpac Ultimate Play The Game, 1983 The 'Acme Interstellar Transport Company' is delivering spaceship kits to various planets in the solar system throughout the Galaxy; and as chief test pilot, all you have to do is assemble the Rockets, and thrust on to your next destination. As you don't often get the chance of a […]

Stormlord II: Deliverance The game begins after the warrior Stormlord’s won over the demonic invasion in the first game. The evil Black Queen is gone, but her surviving followers combine their powers and capture all the fairies again. Now Stormlord has to rescue the fairies for the second time, fighting his way through six levels […]