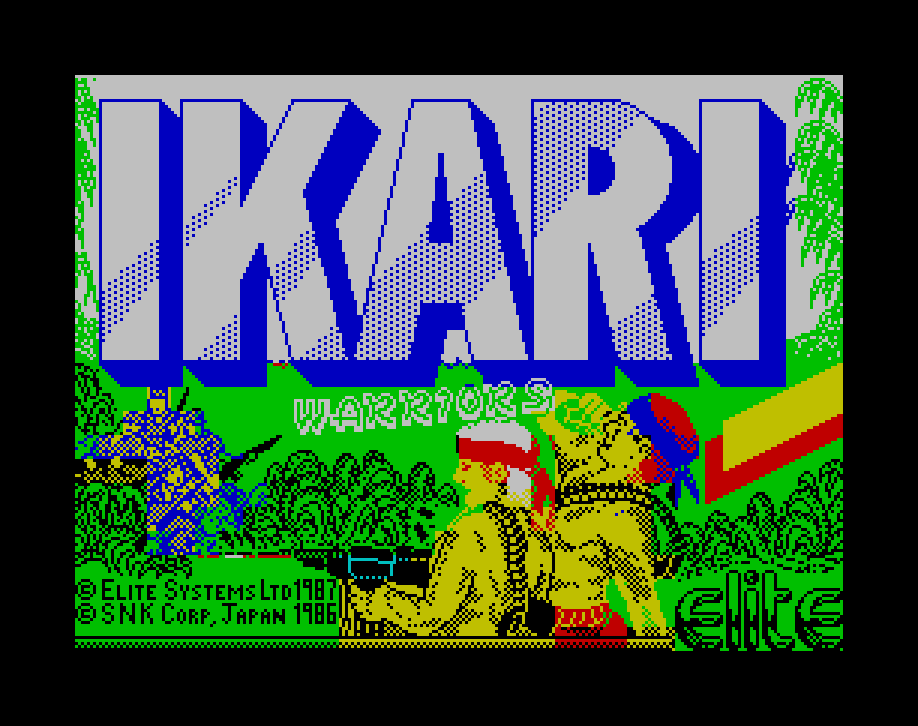 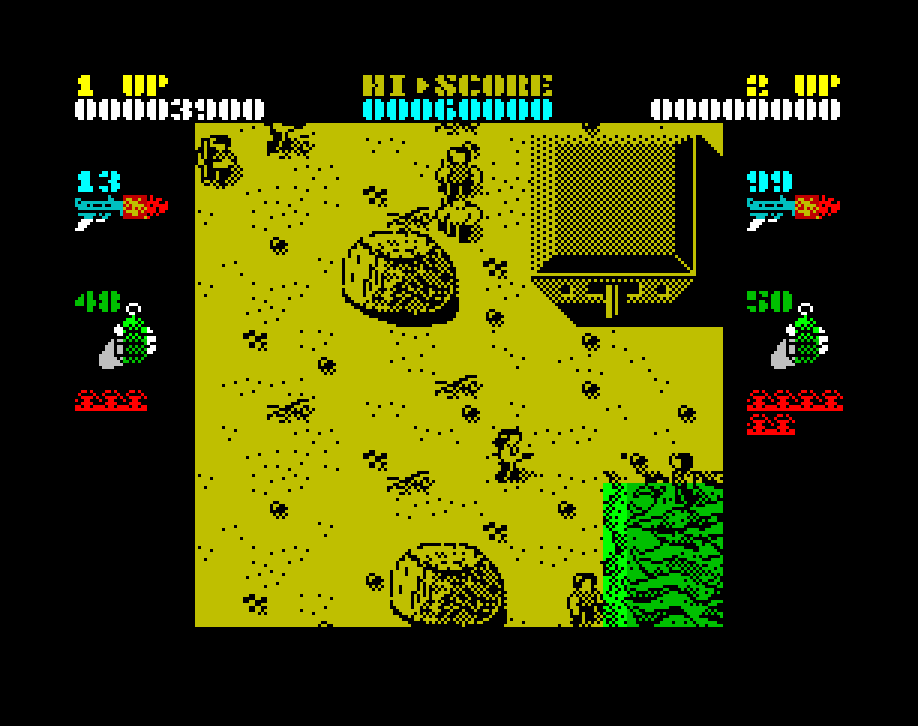 General Alexander Bonn, C.I.F. US forces in Central America, has been seized by a band of revolutionaries and held captive in his own headquarters. Before his final capture he relayed a mayday which you and your buddy picked up.

Your plane crashlands in the dense jungle some distance from the headquarters. After deciding whether to go it alone or attempt the rescue together you set off. You are deep in guerilla territory. On all sides gather trained marksmen and combateers, determined to stop you. It soon becomes apparent that you lack the supplies to win, but win through you must.

Ambush enemy tanks and use them yourself. Collect fuel and grenades left by the enemy as they retreat. Show no mercy, for you are the lkari Warrior.

Marauder Hewson Consultants, 1988 In aeons past a cruel and despotic civilisation stole the Jewels of Ozymandias and buried them deep beneath the multiple defences on the planet Mergatron where they have remained pulsating strangely to the present day. Now with the crude civilisation long decayed and cracked the creaking auto-defences of Mergatron swept low […]

Top Gun The “TOP GUN” game puts you in the pilot’s seat of an F-14 jet fighter. 3-D vector graphics and split screen display allow one or two players to combat head to head or against the computer. Your armaments in this nerve-tingling aerial duel are heat seeking missiles and 20mm rapid fire cannon. Many […]

Space Raiders Your skill is all that’s stopping successive waves of aliens from destroying Earth. Use your gun base to attack. Shelter behind buildings… move out and blast the passing alien spaceship! Publisher: Psion Year: 1982

Out Run US Gold, 1987 The ultimate experience in motor sports simulation, the absolute challenge to nerves and reflexes. Feel the wind in your hair and the pull of the G-force as you power your way along the highways and byeways, a girl by your side and open country before you. Experience the exhilaration and […]