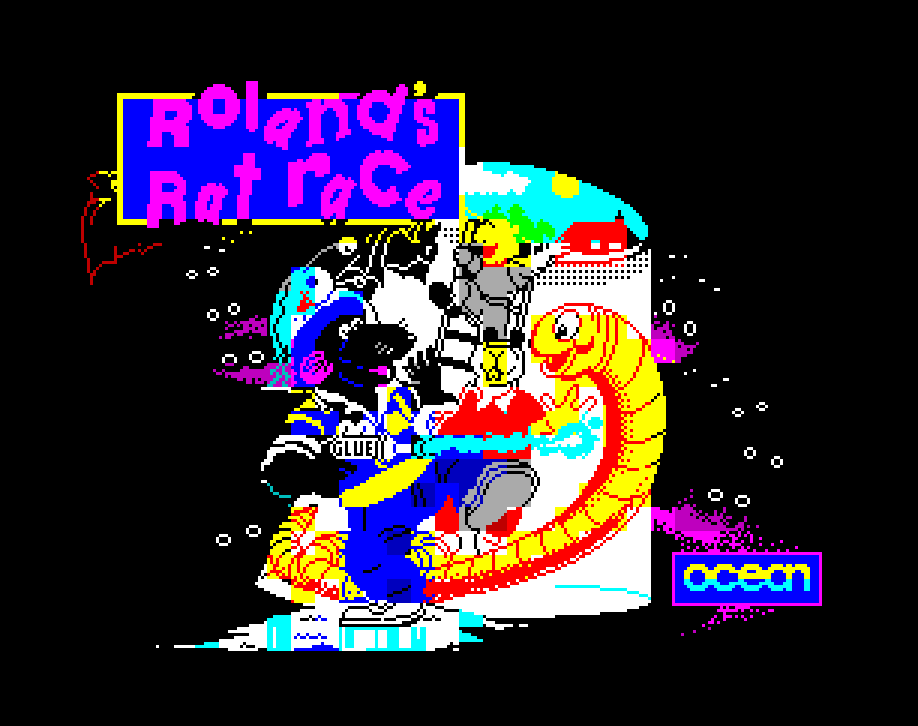 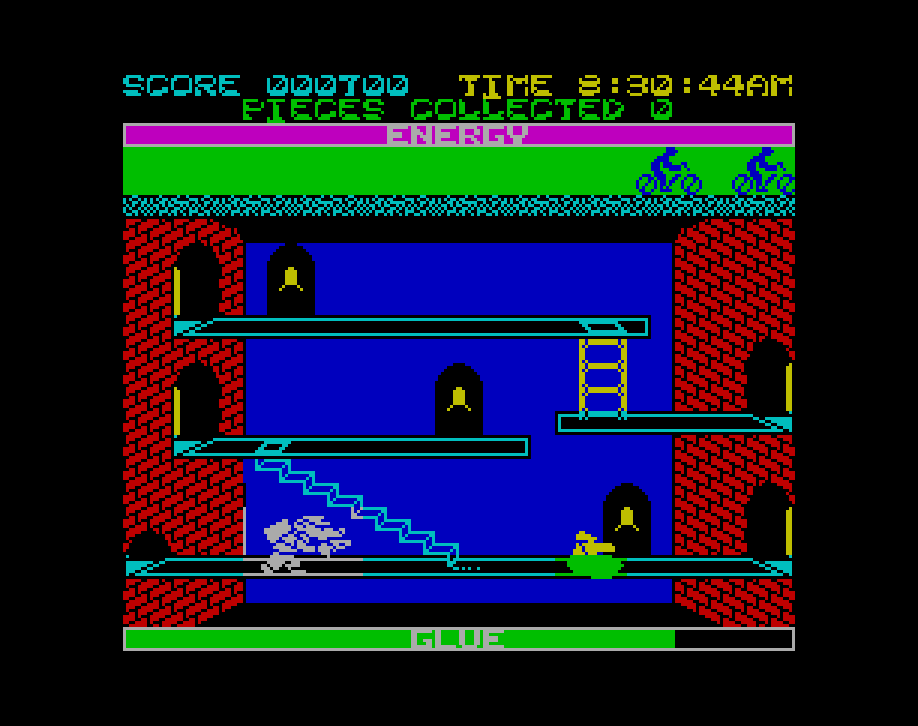 Poor Roland, as a superstar on breakfast T.V. he has to get up and get to the studio in time for his show every morning. Now that he is a successful celebrity he lives, unlike his friends, in the underground tunnels and storm drains of London, in a small, but very cosy, little house in the suburbs.

Unfortunately his car is getting a bit old and he has trouble starting it in the morning (don't we all?), and so when his alarm clock doesn't go off, AND he can't get his car to start he is in real trouble! But being a city rat he still knows his way around London below ground, so he has to venture beneath the manhole covers to get to work before 9 AM.

Get Roland through the maze of drains and tunnels in time to take his seat at TV-am. Just to make things a little more difficult, his furry friends have been kidnapped by the nasties who have sworn to stop Roland from getting to the studio. If Roland fails, or if he gets there too late then he may find himself out of a job.

Roland has his Instant stic-o-matic glue gun that fires small blobs of instant glue that will firmly stick any nasties that come in contact with it until they manage to work themselves free. Roland can climb around the ladders underground, and can move quite fast through the drains (unless of course he is stupid enough to get stuck in his own glue!).

The drains are large and complex, and unless Roland can work out the map he will need to think hard and fast so as not to get lost. One of the tunnels is blocked by a large door. If Roland is ever going to get out again he will need to find the pieces to the door and the key. The passage that Roland used to enter the underground drains has been blocked by the nasties so there is only one way out - the hard way!

Cybernoid Federation storage depots have been raided by pirates, taking valuable minerals, jewals, ammunition and the latest battle weaponary. You have been commissioned by the Federation to retrieve the cargo and return it to a storage within a specified time limit. Extra points and an extra ship will be awarded if you succeed. The pirate […]

Read More
I of the Mask

I of the Mask Electric Dreams Software, 1985 Welcome to the Space Trials on Planet Newgamma III. This is your most important mission. Keep your translator on at all times - no confering during the qualifying bout, you know the consequences. Many of you will already be skilled or qualified pilots, fighters or strategists. But […]

Fred Action beneath the pyramids! Fearless Fred the Intrepid Archaeologist searches the creepy catacombs below the torpid tomb of Tootiecarmoon. Publisher: Investronica Year: 1984

Chaos Chaos is a game of magical combat between 2 to 8 wizards in an arena. Each takes turns to select and cast spells and move summoned creatures. The winner is the last wizard left alive, but there is a limit to the number of game turns in which to achieve victory, and the contest […]