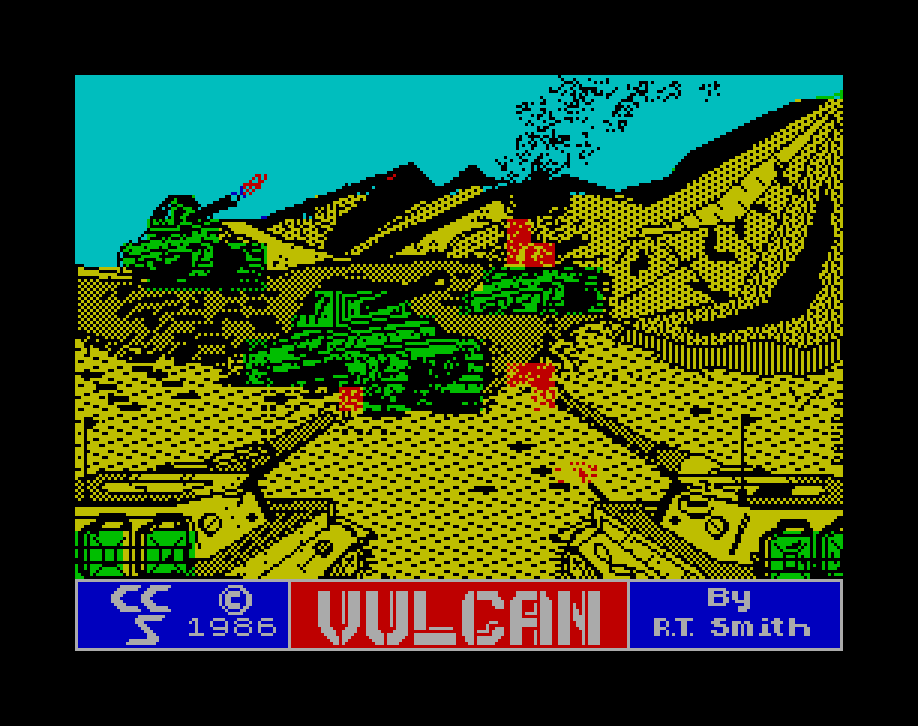 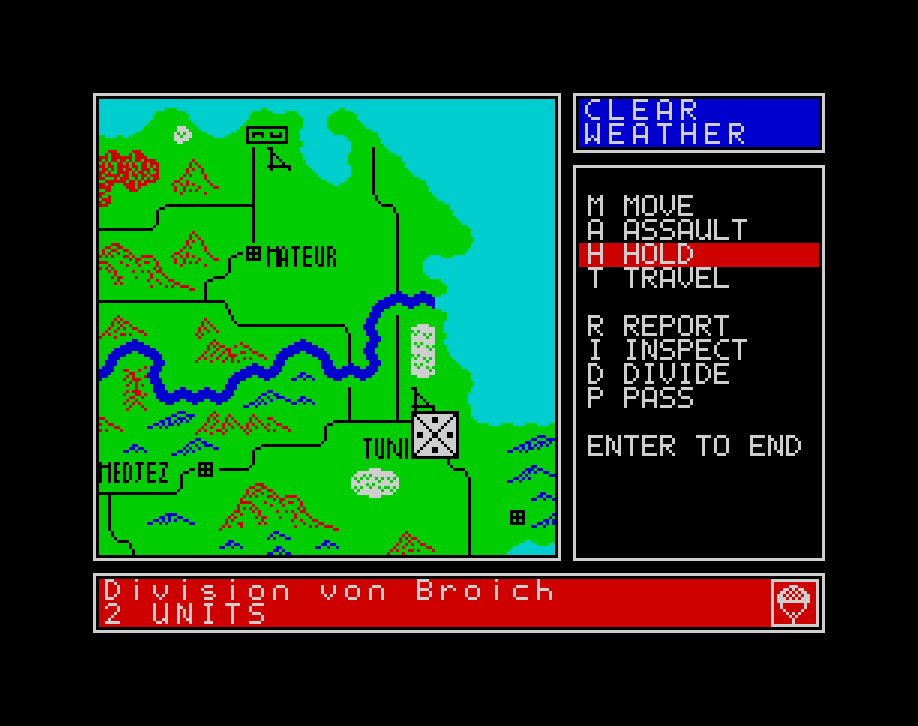 ‘Vulcan’ Is the follow up to Desert Rats and deals with the fighting in Tunisia 1942 / 43. This is where the Americans come into it! The scenarios are: The Race for Tunis, Kasserine, The Eighth Army, Operation Vulcan and The Tunisian Campaign. As with Desert Rats, the Campaign would take about 18 – 25 hours to play. Axis forces are heavily outnumbered and undersupplied, but have heavy tanks to maul the allies. The Allies win if they capture both Bizerta and Tunis together while the Axis win if they hold out to the end of the game and inflict enough damage on the Allies. Victory points are allocated for certain objectives, each enemy unit destroyed etc…

Deflektor A puzzle game based on mirrors reflecting a laser beam. More fun than it sounds. Publisher: Vortex Software Year: 1987

Where Time Stood Still The plane is descending rapidly, Jarret struggling with the controls, searches anxiously for a possible landing site. Breaking through the clouds, the ground is suddenly upon him, and with one last heave on the joystick he prepares for impact. Out of the wreckage tumble Jarret, the guide and pilot, Clive, a […]

Cavelon Ocean Software, 1984 You ride up to the foreboding castle. Enter the stronghold at your peril. The contest has just begun! To reach your quest you must ascend the six levels - and on each floor collect all the pieces of the door together, which will allow you to pass up to the next. […]