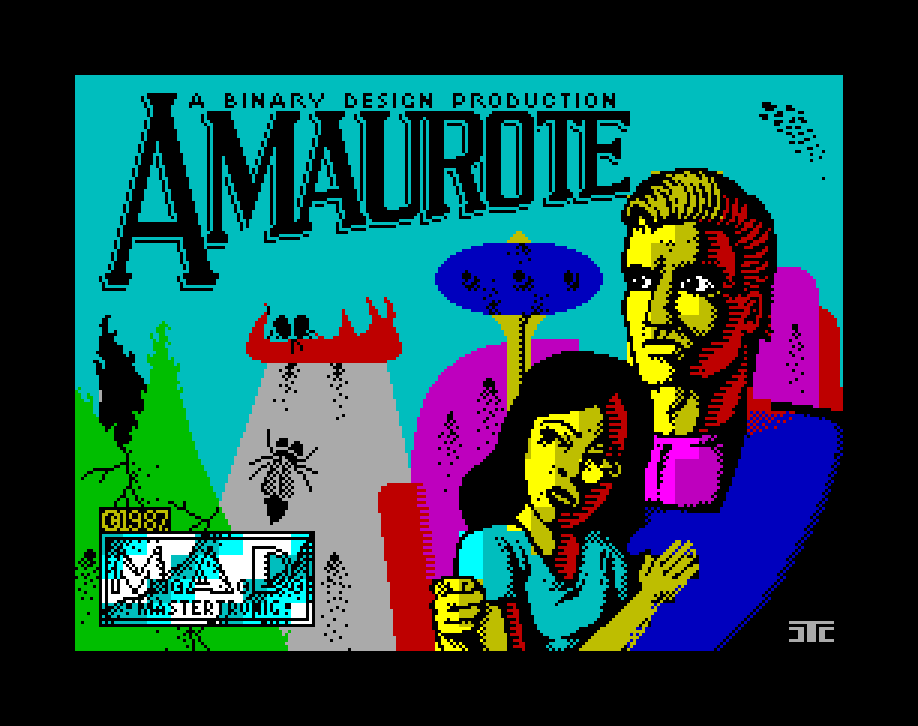 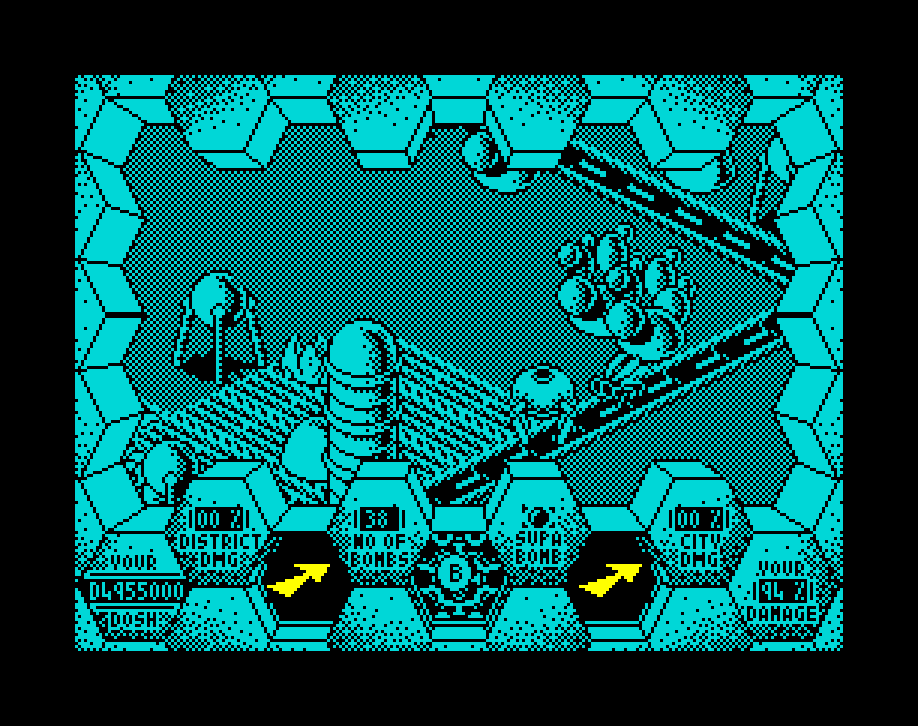 All alone in a city infested with killer insects – not a particularly enviable position to be in, but you have been selected to sort out the 2500 hi-res screens of the capital city of Paradise. So get on with it…

“What do you mean you’re frightened of insects? How can you be – you’re an officer in the Royal Army of Amaurote. Someone has to clear the city of these insects and you are by far our most able Officer for the job, well actually you’re the only one left.

Now I understand that these insects can be a little, well nasty, although I am quite sure you won’t have any problems whatsoever. However as a safeguard we will provide you with an Arachnus 4 armoured car and our latest radar equipment. Now let me see, ah yes a two-way radio so I can make sure you’re doing your job properly and so you can contact us for anything you need of course, and 30 of the newly developed bouncing bombs. I’m not too sure how the last series of tests on the bombs went, I have a feeling that they weren’t terribly successful – but we don’t have time to worry about that now do we? However I would prefer it if you didn’t demolish too many buildings, we would like a city to go back to and not a pile of smouldering rubble. I suppose there is also the small question of money and whether you can be trusted with any. Well you may need some so I’ll let you have $5,000,000 and yes I do want the change back!

I don’t want to hear any more excuses – just get on with the job and don’t come back until you’ve destroyed every last insect!”

With these, the dulcet tones of your Commanding Officer ringing in your ears you find yourself back in the city of Amaurote. After the insect invasion everyone else, very sensibly, evacuated and the Army after a brief and bloody struggle has also been forced to withdraw. Unfortunately for you, as the only uninjured Officer left (that’ll teach you for hiding during the nasty bits) you’ve now got to destroy all the insect colonies single handedly!

Back to Skool Having managed to steal your report during the last few skooldaze of term, you’ve spent the whole holiday forging teachers’ signatures and handwriting to make yourself look like the brightest, sweetest natured, most helpful little soul ever to carry a satchel. Now all you’ve got to do is get it back into […]

Samantha Fox The player faces Samantha Fox in a game of poker. The game was programmed by Wolfgang Smith, with graphics edited by Malcolm Smith. Author of the music of the game is Rob Hubbard, credited as John York. The music in the game include a cover of The Entertainer by Scott Joplin and The […]

Sceptre of Bagdad Atlantis Software, 1987 Cyclops, the one eyed giant. Medusa, who will turn you to stone with just a glance. A burning desert, a shark infested river. All these things and more must be passed before the Caliph of Bagdad can recover the sacred sceptre and prove his right to rule his beloved […]