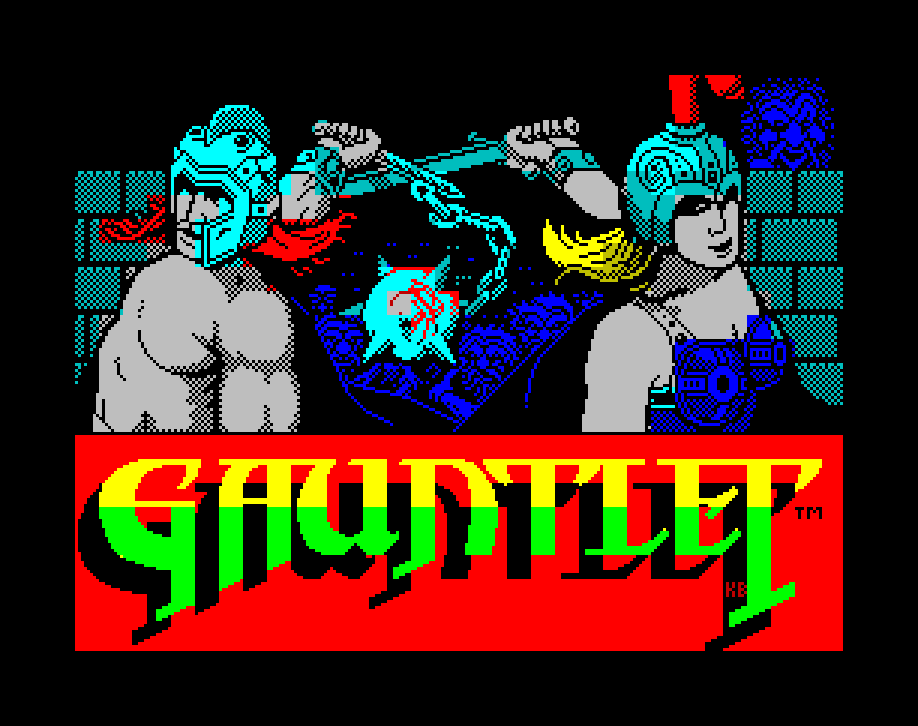 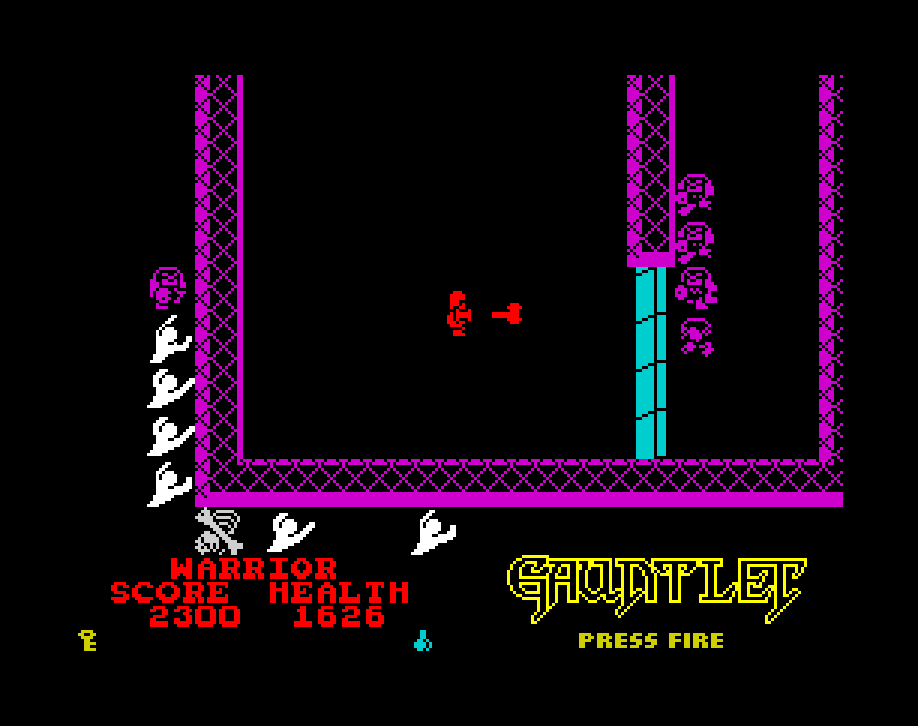 The players select among four playable fantasy-based characters: The Warrior, Wizard, Valkyrie, or Elf. Each character has his or her own unique strength and weaknesses. For example, the Warrior is strongest in hand-to-hand combat, the Wizard has the most powerful magic, the Valkyrie has the best armor and the Elf is the fastest in movement.

Upon selecting a playable character, the gameplay is set within a series of top-down, third-person perspective mazes where the object is to find and touch the designated exit in every level. An assortment of special items can be located in each level that increase player’s character’s health, unlock doors, gain more points and magical potions that can destroy all of the enemies on screen.

The enemies are an assortment of fantasy-based monsters, including ghosts, grunts, demons, lobbers, sorcerers and thieves. Each enters the level through specific generators, which can be destroyed. While there are no bosses in the game, the most dangerous enemy is “Death”, who can not only drain a character’s health, but is difficult to destroy.

As the game progresses, higher levels of skill are needed to reach the exit, with success often depending on the willingness of the players to cooperate by sharing food and luring monsters into places where they can be engaged and slaughtered more conveniently. While contact with enemies reduces the player’s health, health also slowly drains on its own, thus creating a time limit. When a character’s health reaches zero, that character dies.

Alien 8 THE PLANET Long long ago… in a distant galaxy, on a distant dying planet, the last of the guardians prepare their starship for its final journey. All of the libraries, records and knowledge have been stored aboard the vessel, along with the very best of their cryogenically preserved race. The planet’s final end […]

Max Headroom Quicksilva, 1986 Dear Edison, The tap that we have placed on the NET23 computer has proved to be most valuable. We have intercepted a full week's memos, several of which are enclosed. The final tuning of the Maxhunter program, which is to assist you in recovering the Max Module from the Network buildings, […]

Elevator Action They keep their secret evil plans behind locked doors, red ones to be precise. Otto lands on the roof of the building late at night. Enemy agents patrol all the floors making his job dangerous and tight. It calls for cunning, fast reflexes, and a steady hand to use all the lifts and […]