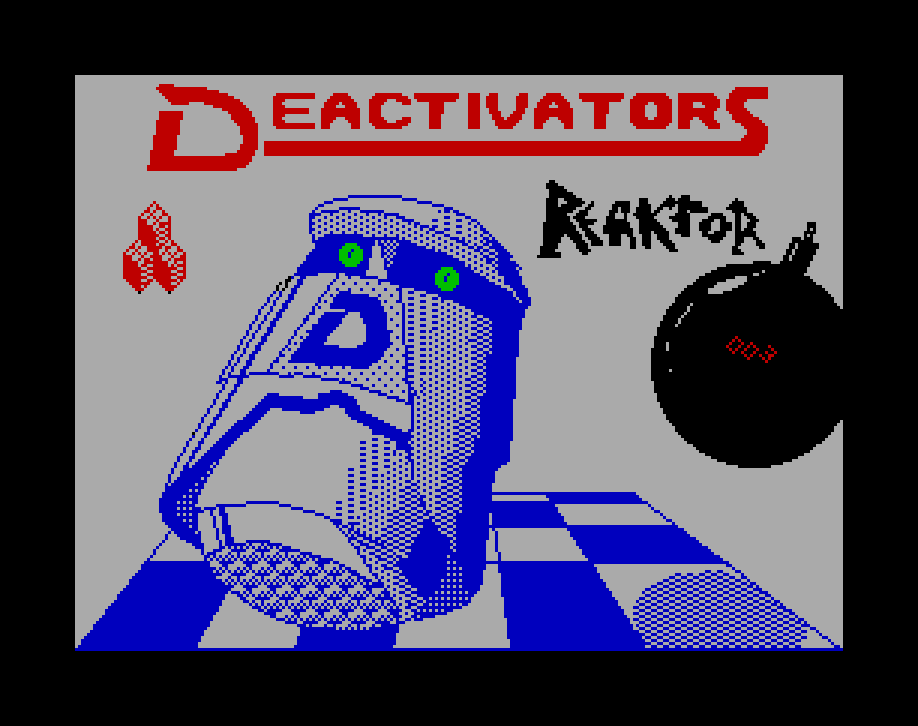 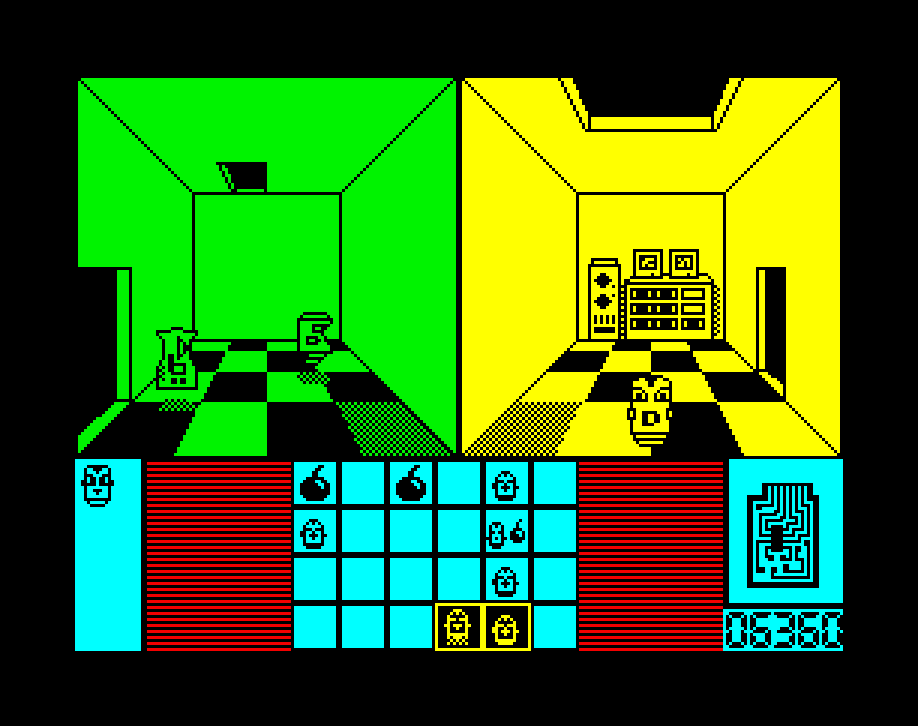 The object of the game is to remove all the bombs from five different buildings. You start on level one in a four by four building. The displays at the top of the screen provide a view of what is going on in two adjacent rooms. At the bottom of the screen is a map of the building showing you the positions of droids and bombs. Each droid is restricted in the number of rooms it can move between. Your score is shown in the box on the left, and any bonus droids you have available. The status box on the right shows whether the droid you are controlling is carrying either a bomb or a circuit board.

To remove the bombs from the building you will have to carry them to the exit and throw them out. There is not always a direct route out of the building, so you will have to throw the bomb between a number of droids to remove it. The exit room is the only room with a door which leads to the outside. Certain elements in each building will not function until you replace the corresponding circuit board in the computer room. These include lights, matter transmitters and door or window openings. Some circuit boards are dummies and have no effect and others switch off obstructing forcefields.

You can move around the building in a number of different ways. Through the doors, dropping through hatches, sliding up and down poles, or using the matter transporters.

Phantom Club Ocean Software, 1988 The Phantom Club is a collection of super heroes possessed with strange and deadly powers. Unfortunately the Overlord, Zarg developed an evil streak and managed to influence most of the other members of the club to practice his evil ways. Your character, Plutus stands alone against this evil band. Formerly […]