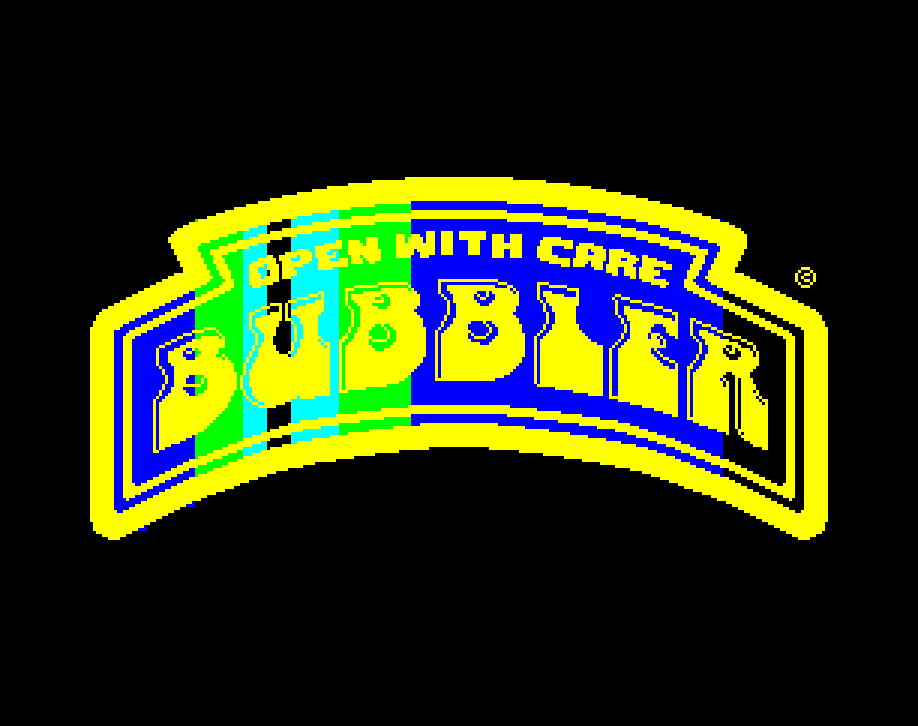 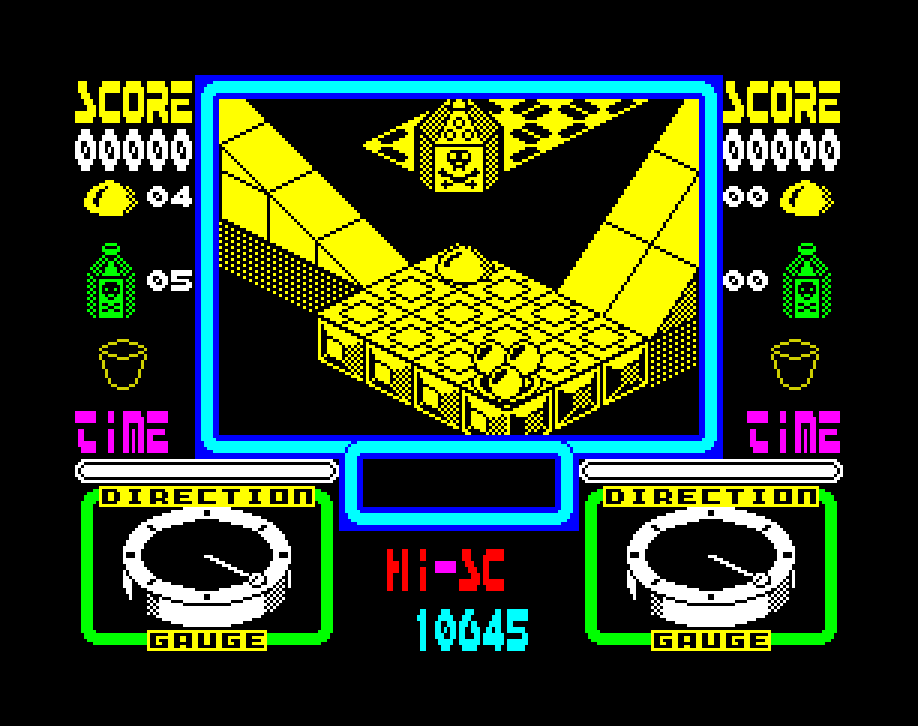 For many years the ancient city of IRKON has been ruled over by the great and evil wizard VADRA. The inhabitants or IRKON have been suppressed and enslaved by this wizad and anyone who speaks out against him is instantly imprisoned, or worse.

You are one of these citizens having been imprisoned long ago. As well as imprisoning you, as further punishment VADRA also turned you into an amorphous blob, without movement or form.

To help him keep control of the people of IRKON, VADRA forced the craftsmen to make vast bottles over which he cast an evil spell. The spell caused the bottles to ooze out large embryonic bubbles which burst leaving spellbound mutant creatures under the control of VADRA. When the people saw the first of these mighty bottles they called it: BUBBLER

After a hundred years or more you discover that VADRA'S assistant, a lesser wizard called KINTOR who has helped VADRA to overthrow IRKON, has now been imprisoned.

KINTOR'S power was increasing and would soon be equal to that of VADRA and VADRA feared this as KINTOR was becoming sympathetic to the plight of the IRKON people. Before his powers became too great, VADRA encapsulated KINTOR in a sphere of energy which slowly drained his life force, and then condemned him to a dungeon.

Before KINTOR became completely powerless he endowed you with the ability to move and fire globules of energy which will destroy any living entity in its path, so that you can espace from the prison with vital information on how to destroy VADRA. As KINTOR'S powers were being diminished your ability to move was limited to only a short period of time. KINTOR told of magic corks that he had create and hidden in the city of IRKON which would stop the BUBBLERS and diminish the power of VADRA. As VADRA'S power is gradually diminished, KINTOR'S power is thus rejuvenated, giving you extra time to complete your mighty task.

The corks have been hidden under trapdoors which you must pass through, but beware, some of the trapdoors emerge over the black void of the prison floor which kill you. VADRA'S spellbound followers, the guardians of the prison, can also pass through these trapdoors but only you know how to pick up the magic corks. Beware of other dangers in VADRA'S prison, as you now formless body is delicate and is easily pierced by sharp objects. If you can cork all the BUBBLERS in the prison you will escape and the knowledge that KINTOR has given you will destroy VADRA.

CAN YOU CORK THE BUBBLER?

Impossible Mission During the past three days, key military computer installations of every major world power have reported security failures. In each case, someone gained access to a primary missile attack computer. Only one person is capable of computer tampering on this scale: Professor Elvin Atombender. We believe that Elvin is working to break the […]

Arkanoid - Revenge of Doh Imagine Software, 1988 The huge alien spacecraft, ZARG, has entered our universe. It is known to contain the dimension controlling force DOH, a being believed to have been destroyed forty thousand years ago in the Arkanoid Spacewars. Doh has metamorphisised into an even greater adversary and now threatens the very […]

Silkworm Virgin Games, 1989 Nuclear arms were outlawed by a series of international treaties after the fourth great war, and now civilisation has returned to low-explosive weapon systems whith high delivery rates. War has almost gone 'green'. Weight of numbers, together with very high firing rates, goes partway towards making up the shortfall in power […]