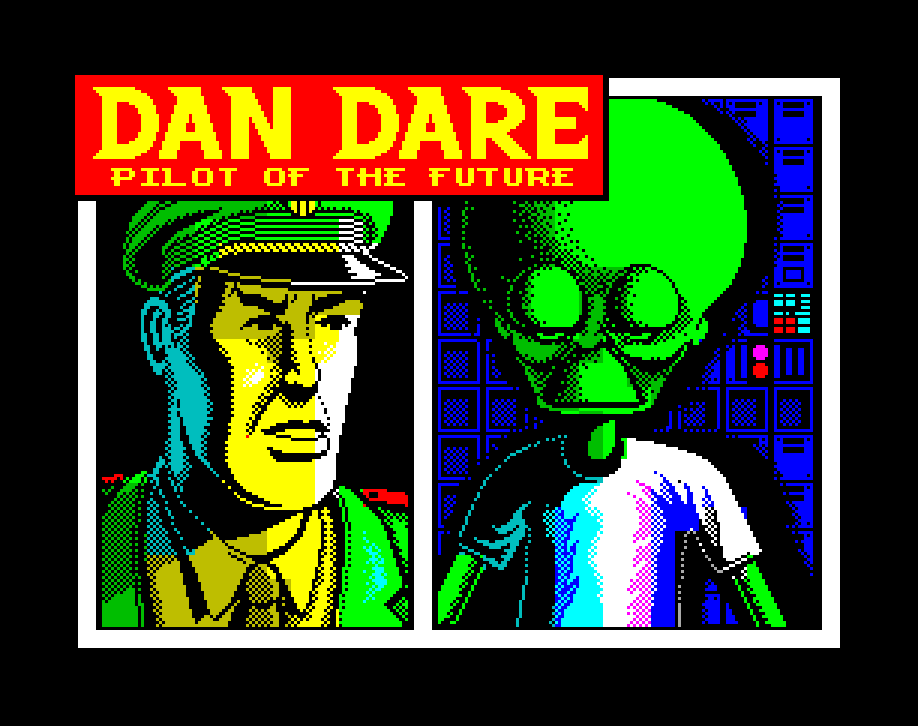 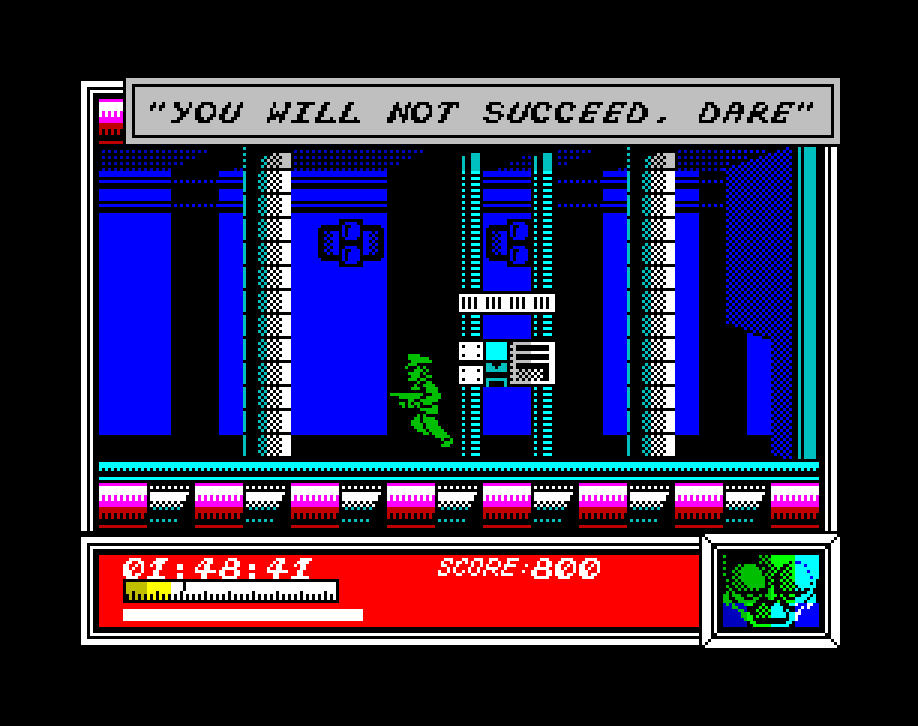 Dan Dare the original Super Hero was being featured on the Earth Broadcasting Corporation “This is Your Life” programme.

The invited guests who spoke glowingly of Dan’s achievements, his bravery and compassion, included his faithful friend Digby who had shared so many of Dan’s adventures, Professor Peabody, Fleet Commander Sir Hubert Guest, Sondor the Venusian ambassador along with his equivalent from every planet in the known universe. It seemed that the whole world had turned out to honour Dan.

Dan Dare, embarrassed but deeply moved by these accolades, stepped forward to speak, suddenly the picture on every Vidi-screen in the solar system changed into a series of multi-coloured horizontal stripes, slowly clearing to reveal none other than the evil green face of the Mekon.

The Mekon proceeded to tell of his dastardly plan to propel a hollowed out asteriod the size of a minor planet on a collision course with Earth. If the powers that be did not give into his terms Earth would be eliminated!

If they agreed the asteriod would be harmlessly detonated, earth would be safe and the Mekon would take over as commander of the universe.

They could not give in to the Mekon’s threats but what was the alternative? In the studio the assembled gathering turned their gaze to one man, Colonel DAN DARE knew what he had to do…!!

Read More
Escape from the Planet of the Robot Monsters