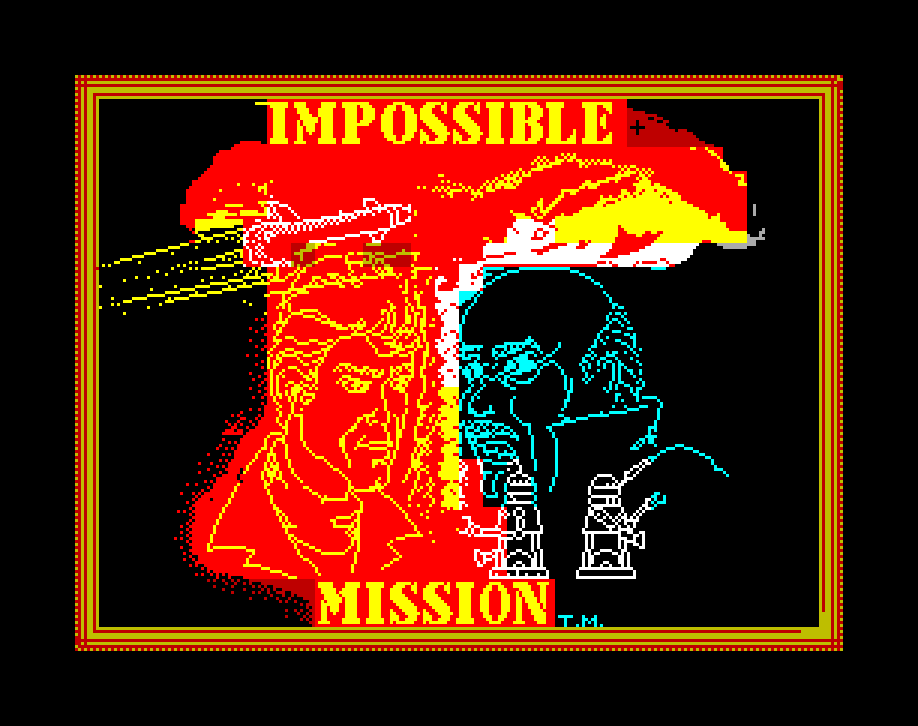 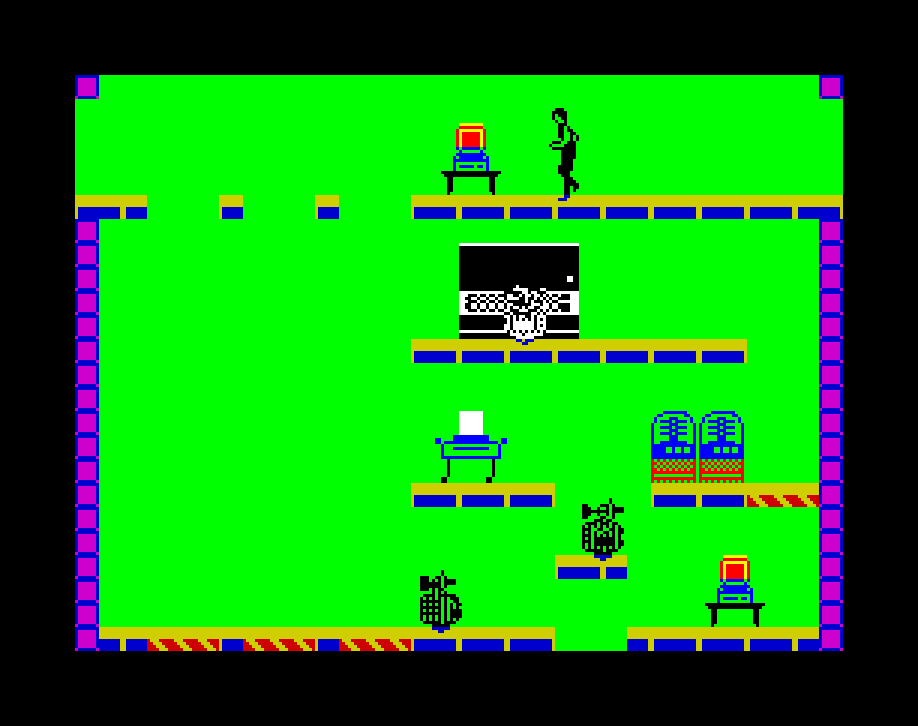 During the past three days, key military computer installations of every major world power have reported security failures. In each case, someone gained access to a primary missile attack computer. Only one person is capable of computer tampering on this scale: Professor Elvin Atombender. We believe that Elvin is working to break the computer’s launch codes. When he succeeds, he plans to trigger a missile attack that will destroy the world.

You must penetrate Elvin’s underground stronghold and stop him. To succeed you will have to evade the scientist’s robot guards, break his security code and find his control centre. Your predecessors, Your only weapons will be your keen analytical mind and your M1A9366B pocket computer.

Good luck. The world is depending on you.

Battlezone Quicksilva, 1984 The player controls a tank which is attacked by other tanks and missiles. Gameplay is on a flat plane with a mountainous horizon and various geometric solids like pyramids and blocks. The player can hide behind the solids or once fired upon, maneuver rapidly to buy time in which he can fire. […]

St. Dragon Storm Software, 1990 On a far distant planet you must prepare to fight the final battle! An evil force of monster machines has risen to conquer the Galaxy. One by one the peaceful races of the Galaxy have been attacked and enslaved by the Cyborg Monsters. None has the strenght to stand against […]

Max Headroom Quicksilva, 1986 Dear Edison, The tap that we have placed on the NET23 computer has proved to be most valuable. We have intercepted a full week's memos, several of which are enclosed. The final tuning of the Maxhunter program, which is to assist you in recovering the Max Module from the Network buildings, […]

Space Raiders Your skill is all that’s stopping successive waves of aliens from destroying Earth. Use your gun base to attack. Shelter behind buildings… move out and blast the passing alien spaceship! Publisher: Psion Year: 1982