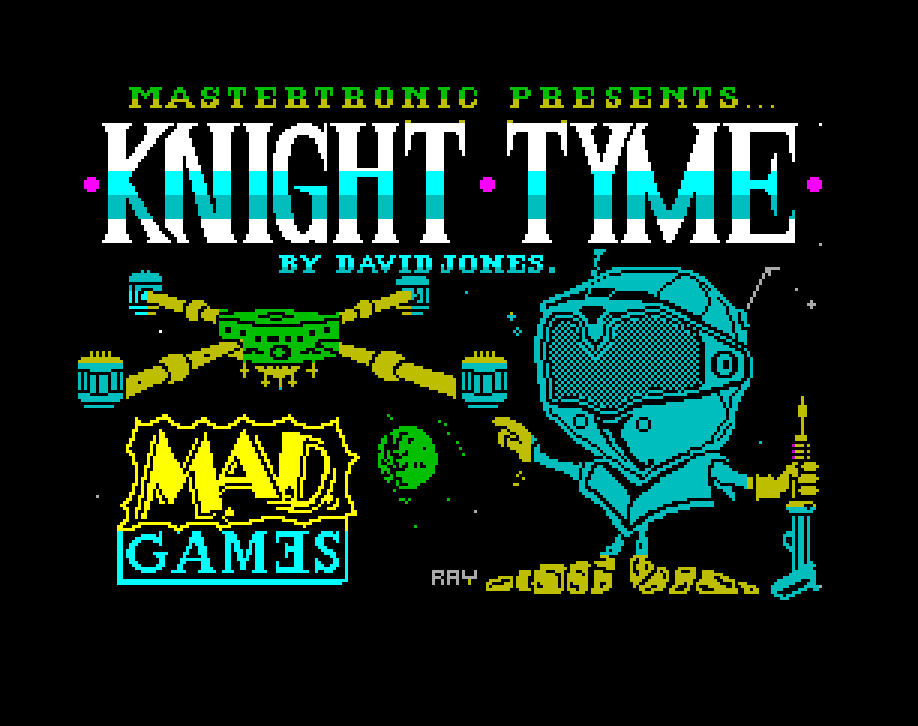 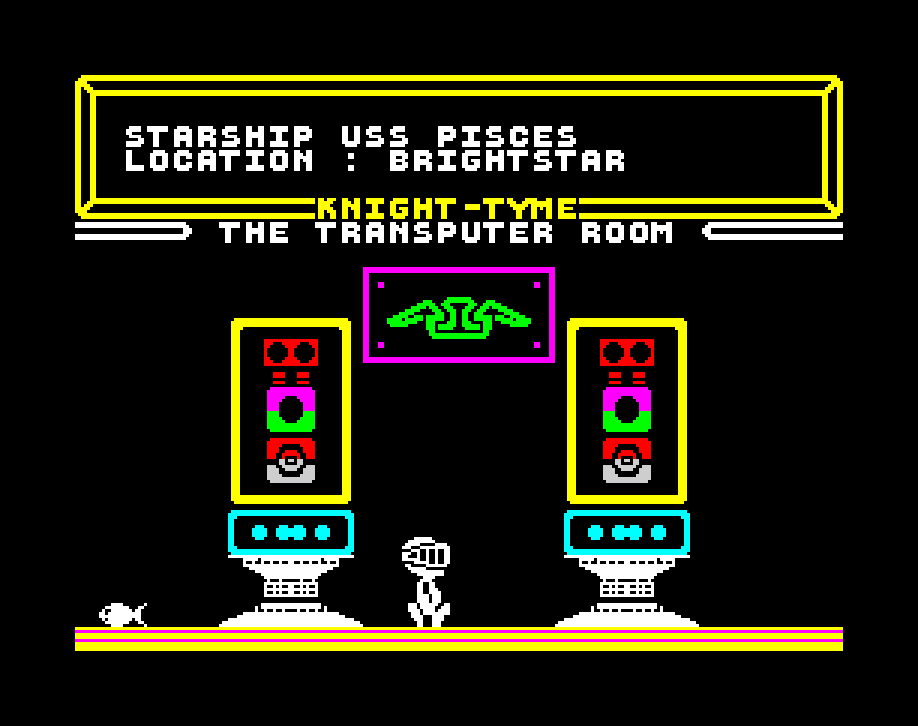 After releasing Gimbal the Wizard from a self inflicted White Out Spell in Spellbound, Magic Knight has been catapulted through time to the future.

This is his story, so here it is in his own words:
"I landed heavily on the transporter pad of the USS Pisces and while I was bending out some of the dents in my armour I was approached by a strange metal creature. It spoke 'Hi, Magic Knight, I am KLINK. I have been expecting you. Take this'. He then gave me a cubic object which I later learned was a Datacube. As I held it I became aware of a strange power inside me. Klink spoke again 'The Datacube will give you the relevant date for 25th Century life and reduce your Culture Shock to nil. It will fade away as you absorb its knowledge'.
As the Datacube transferred its data to my brain cells I started to formulate my survival plan. I will have to locate the Tyme Guardians, if they still exist and obtain a Tyme machine from them. But my first priority has to be to make contact with the starships Transputer since it programmed Klink to give me the Datacube."

Tir Na Nog Tir Na Nog is a Gaelic phrase meaning Land of Youth, the Celtic Other World. This game is about the exploits of the great hero, Cuchulainn, following his departure from the world of the living and his entry into Tir Na Nog. His subsequent attempts to locate and re-unite the fragments of […]

Shadows of Mordor Melbourne House, 1987 Welcome to The Shadows of Mordor, in which Frodo Baggins and Sam Gamgee continue their quest to destroy the power of the evil Dark Lord, Sauron. In playing this adventure game, you will be assuming the role of characters in JRR. Tolkien’s fantasy world. You must detail out the […]

Hero Quest Gremlin Graphics Software, 1991 Heed well the words of Mentor, Guardian of Loretome, and I will tell you of times past, of darker days when the empire was saved against all hope. For I fear the darkness is about to return. The fell legions of Morcar, Lord of Chaos, had swept all before […]