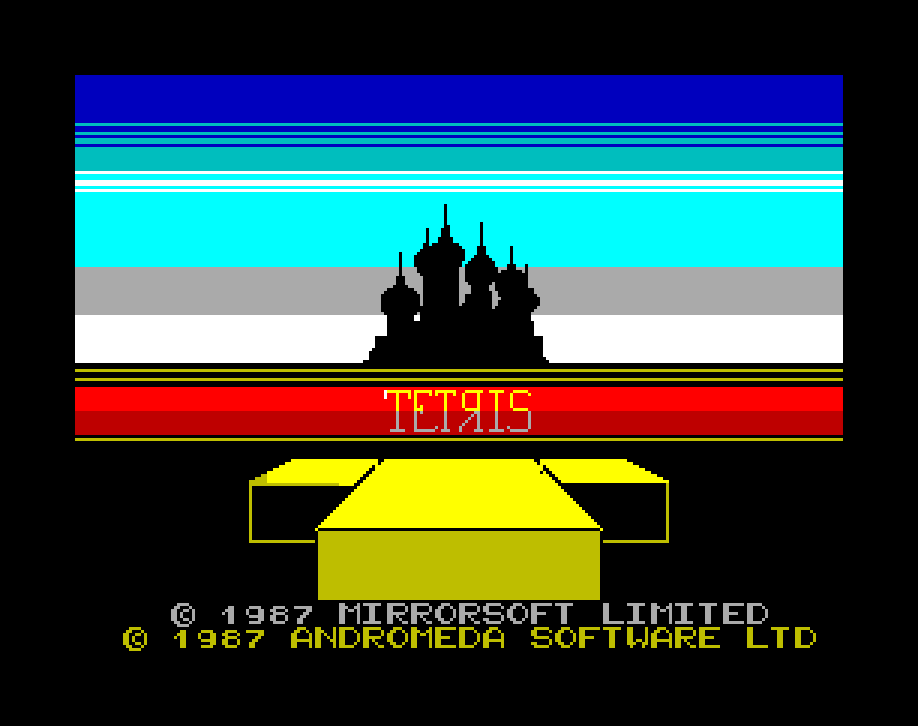 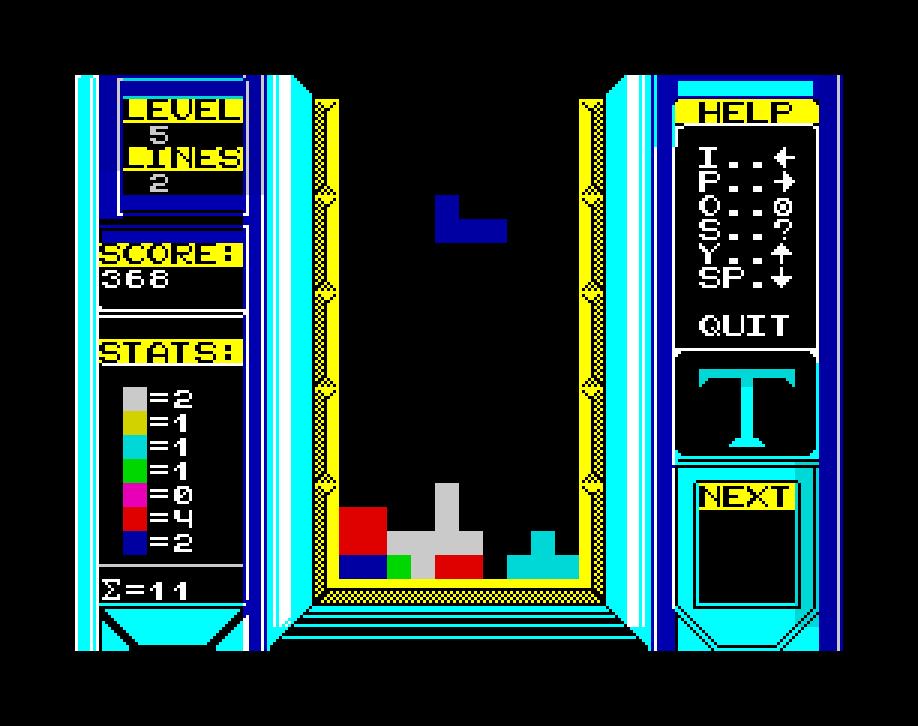 For the very few people who don't know how to play Tetris:

Blocks of different shapes drop from the top of the screen into a box. Each block is made up of four small squares arranged to make a larger square, an L-shape or a column. As the blocks fall they can be rotated or moved horizontally so that every space in the box is filled. When a horizontal line is completed, that line is "destroyed" giving you more points and moving the rest of the placed pieces down by one square.

If a line remains incomplete, another line must be finished above it. The more lines that stand incomplete, the higher the blocks above them stack, reducing the space in which falling shapes can be manipulated. Eventually the blocks reach the top of the screen and the game ends.

The statistics box at the left of the screen shows the number of shapes of different colours that have been positioned, and another box at the bottom right shows what shape of block will appear next. There are ten skill levels; the higher the level, the faster the blocks fall.

Pac-Mania Grandslam Entertainments, 1988 Armed with unique BOUNCE power, Pac faces new challenges as he enters the worlds of Block Town, Pac-Man's Park, Sandbox Land and Jungly Steps. Your objective is to eat all the dots and power pills in the mazes whilst at the same time avoiding those pesky ghosts. Boss ghost Clyde has […]

Jasper! Micromega, 1984 Jasper was very worried - the world had gone too far this time. He'd gone for a walk minding his own business when the Furt had Wangled. Now every creature and even some of the vegetation was a danger to him. Until now he'd never believed all that nonsense his Old Mother […]

Fred Action beneath the pyramids! Fearless Fred the Intrepid Archaeologist searches the creepy catacombs below the torpid tomb of Tootiecarmoon. Publisher: Investronica Year: 1984