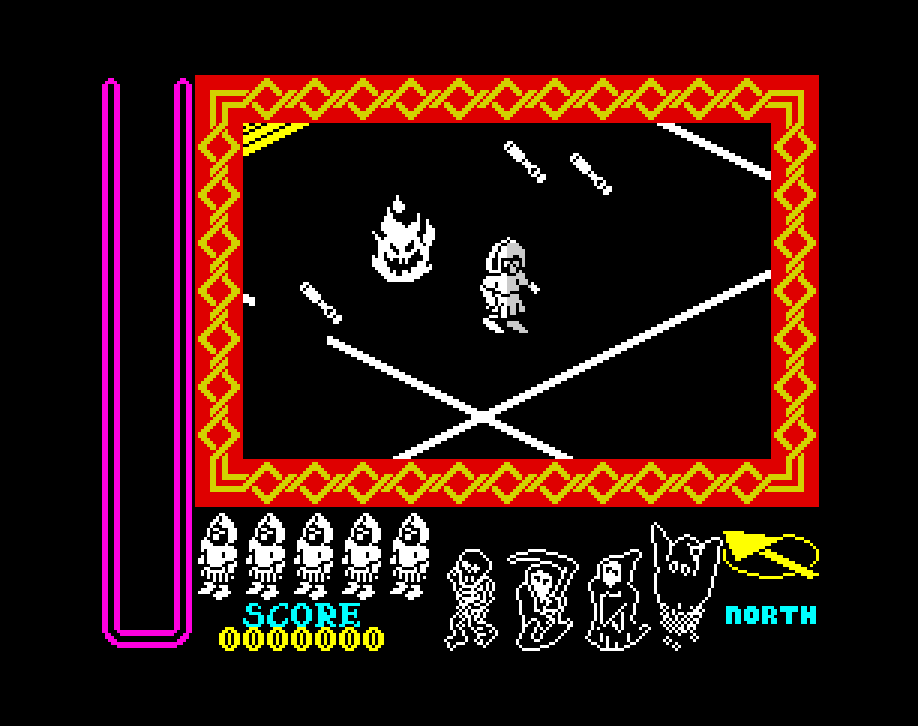 Somewhere between the purple mountains, and the seas of the Seven Islands lies a hidden valley, a land that time has not touched.

All remained peacful and tranquil, until darkness descended upon the land, light and freedom were banished from its homely hills, and the evil set seed.

Death and hunger spread, and all who remained within the walls of the village became stricken or hag ridden with haunted evil. All who had deserted the village sought refuge elsewhere. The village was now in complete control by darkness.

Yie Ar Kung-Fu Yie Ar Kung-Fu is a text of skill development in the traditional Martial Arts. It features Oolong in his attempt to become a Grandmaster in the ancient skills in honour of his father, a kung-fu master before him. Your ultimate goal is to become a grand-master but to achieve this you must […]