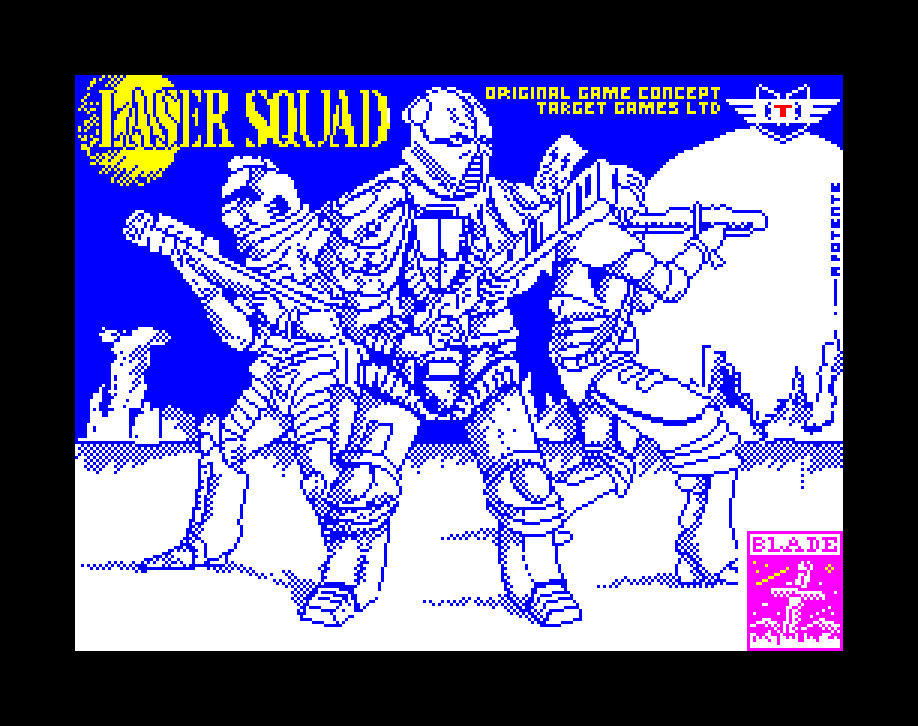 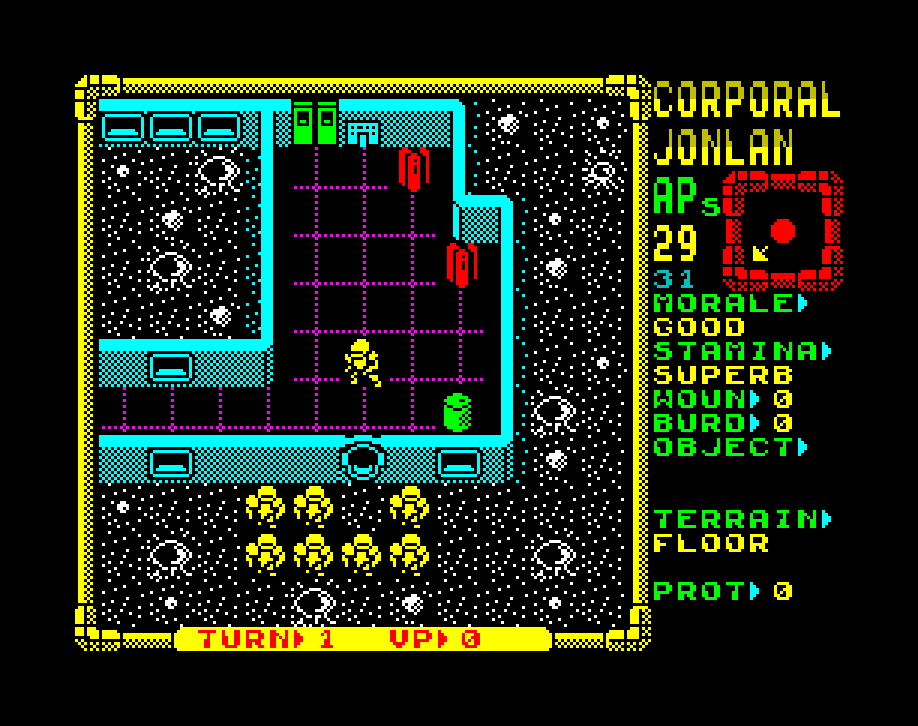 Laser Squad is a turn-based tactics war game where the player completes objectives such as rescue or retrieval operations, or simply eliminating all of the enemy by taking advantage of cover, squad level military tactics, and careful use of weaponry. The squad’s team members are maneuvering around a map one at a time, taking actions such as move, turn, shoot, pick up and so on that use up the unit’s action points. More heavily laden units may tire more easily, and may have to rest to avoid running out of action points more quickly in subsequent turns. Morale also plays a factor; a unit witnessing the deaths of his teammates can panic and run out of the player’s control.

Dan Dare: Pilot of the Future Dan Dare the original Super Hero was being featured on the Earth Broadcasting Corporation “This is Your Life” programme. The invited guests who spoke glowingly of Dan’s achievements, his bravery and compassion, included his faithful friend Digby who had shared so many of Dan’s adventures, Professor Peabody, Fleet Commander […]

Cybernoid II: The Revenge Hewson Consultants, 1988 The pirates have returned in a new Battlestar, even more fearsome than the last and have gain plundered the Federation storage depots. As you did such a good job last time you've been commisioned once again to retrieve the stolen cargo. You've been given an all new ship […]

Rygar US Gold, 1987 As Rygar you fight your way through the many levels, blasting all of the aliens and nasties that you encounter. When going through the different levels you should pick up as many different icons as you can which will change your power and status. These appear in the bottom panel of […]

Piromania Put out the fires, save the panicking people and outwit the pyromaniac. (Originally Infernal Combustion by Strange Loop). Publisher: Automata UK Year: 1984