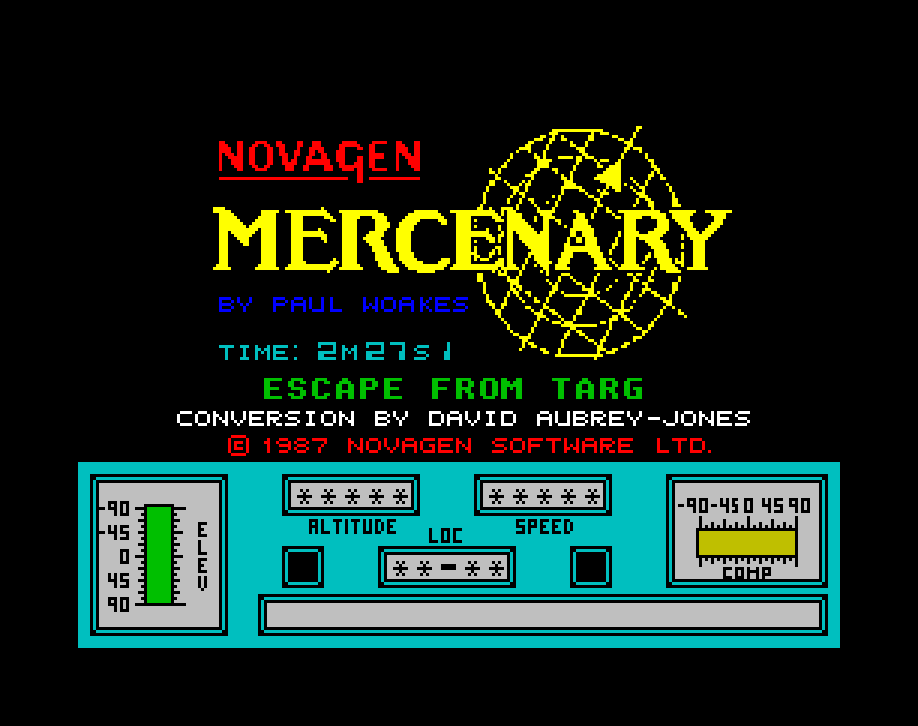 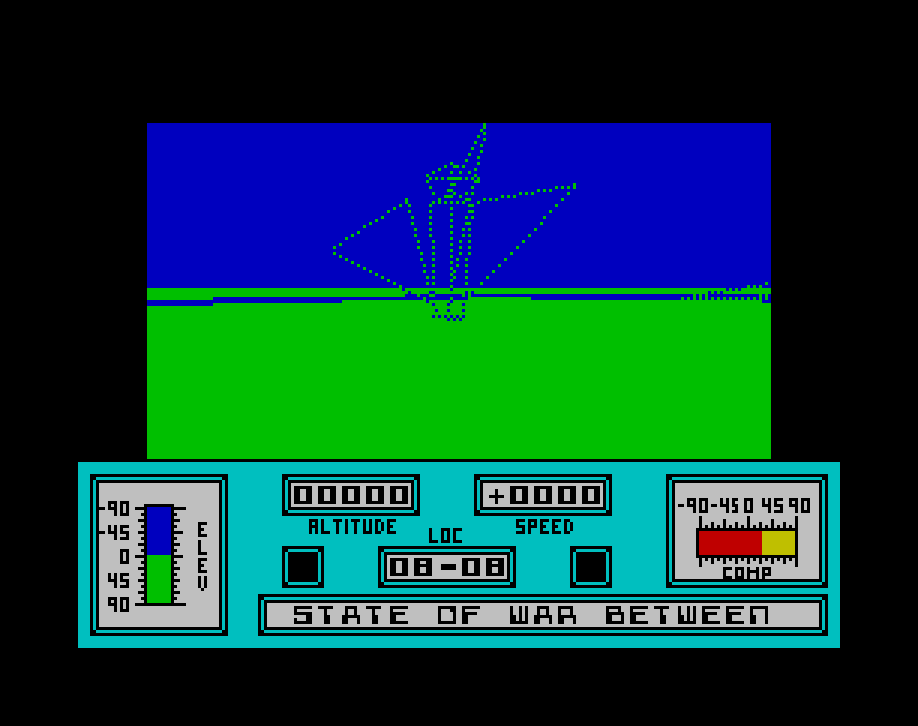 TARG is a planet in trouble, the peaceful, native Palyars are fighting for their very existence against the invading Mechanoids, a race of robots who have seized the planet.

In the militarily secure Colony Craft that orbits Targ, the Palyar council plans and waits, while brave Palyar resistance-fighters oppose the mechanoids in the Central City, Targ's one major area of habitation.

You are a 21st century space cowboy whose intergalactic craft has crashed on Targ. The ship is beyond repair, so you must find another way off the planet. Your interface with the world around you is Benson, an almost-human, ninth-generation, artificially intelligent portable computer. Benson, who is always with you, monitors and reports your status, conducts communications between you and the aliens, and displays information on his control panel.

Almost as soon as you arrive, Benson displays a message regarding a ship for sale. You can buy the ship or just take it. But keep in mind that stealing has its consequences!

The next message you receive is from the Palyar Resistance. They have work for you. If you're willing to be a mercenary, meet them in the briefing room of their underground headquarters. Later, you also have an opportunity to meet the Mechanoid reps, so don't make any hasty decisions.

Match Day II Match Day II is an all action arcade soccer simulation featuring variable strength volleys, lobs, backheels and ground shots, jumping headers, barging, diving keepers, variable tactics and the highly accurate diamond deflection system. You may compete against your friend or against a computer team; alternatively you and your friend may team up […]

Short Circuit Number 5 is alive! – a robot in the SAINT (Strategic Artificially Intelligent Nuclear Transport) series has gone haywire. A million to one chance has resulted in a lightning bolt striking the automaton and bringing it consciousness. Now the scientist who put him together wants to take him apart again to find out […]

Martianoids Ultimate Play The Game, 1987 After a long journey with only routine maintenance to do, Markon is suddenly attacked by vicious and barbaric Aliens...THE MARTIANOIDS. The MARTIANOIDS enter your ship, disrupting the passage of programs as they are transmitted through The Brain of Markon, draining your battery in desperate suicidal attacks to destroy you […]

World Series Basketball Imagine Software, 1985 Congratulations! You're in the middle of the World Series Basketball competition. Everyone's out to beat you, especially the skillful computer team. So if you want to win the series then you'd better read this official program. With the right combination of passing, shooting and strategy you may even become […]