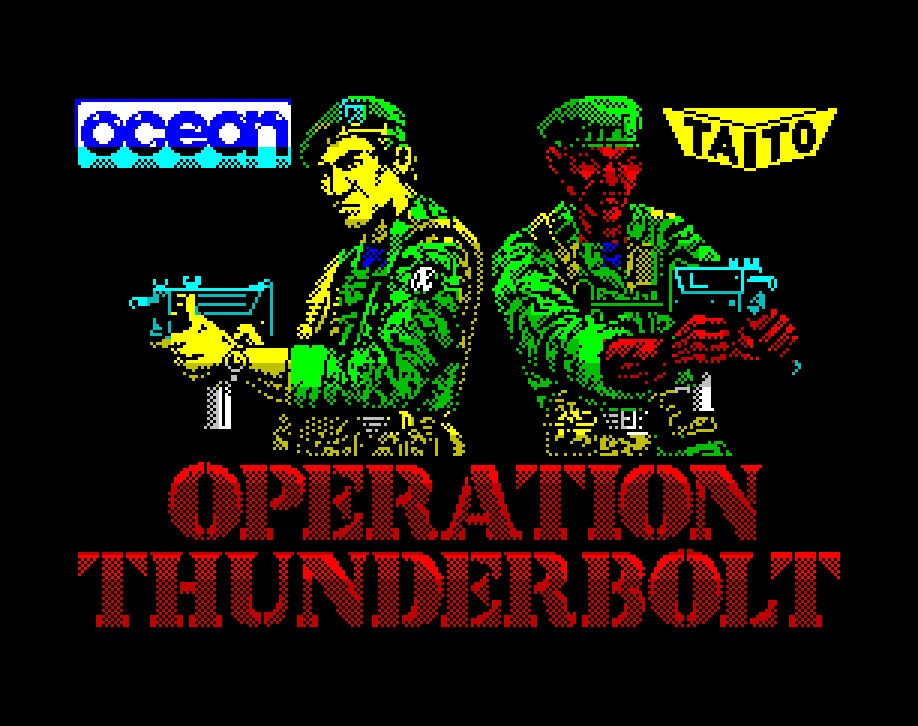 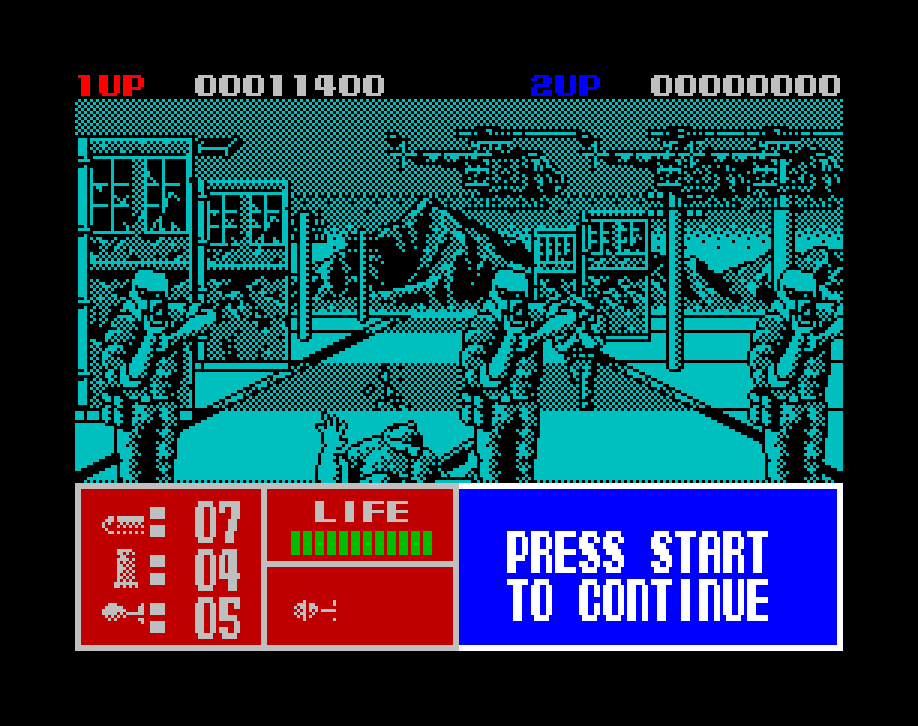 The Hi-jack report came from a DC10 leaving Paris for Boston - Arab Guerillas were in control of flight 102 and had turned the aircraft towards Africa... The plane lands in hostile territory and the terrorists begin their demands

A rescue operation is called for and there is only one man to head it up, Roy Adams.

Weary from his Operation Wolf mission, he is persuaded to put his crack team into a new sortie to free the hostages.

Bringing you enhanced shoot-em-up action for one or two players, Thunderbolt not only reproduces the horizontally-scrolling gameplay of Wolf but brings 3D action to the scenario, pitting you against swooping jets, helicopters, tanks and many more awesome adversaries!

Get the laser sight, or the bulletproof vest, but watch out for those air-to-ground missiles! GOOD LUCK IN YOUR MISSION.

Turbo Esprit You are a special agent equipped with a Lotus Turbo Esprit. An international ring of drug smugglers is about to make the huge delivery of heroin – and must be stopped at all costs. Publisher: Durell Software Year: 1986

Karnov The story of Karnov begins in the peaceful village of Creamina, where the Treasure of Babylon has been kept for centuries, hidden away from the outside world. The Treasure has been sought by Ryu, a huge and evil dragon, for thousands of Year:s. But now, Ryu has discovered the secret of Creamina and descended […]

Stonkers Imagine Software, 1983 You are poised on the very brink of battle. Your forces are marshalled to overcome the enemy bastion. As Commanding General it is now up to you to out think, out manoeuvre and out fight the enemy. Your army has had the enemy port and H.Q. under siege for weeks, now […]