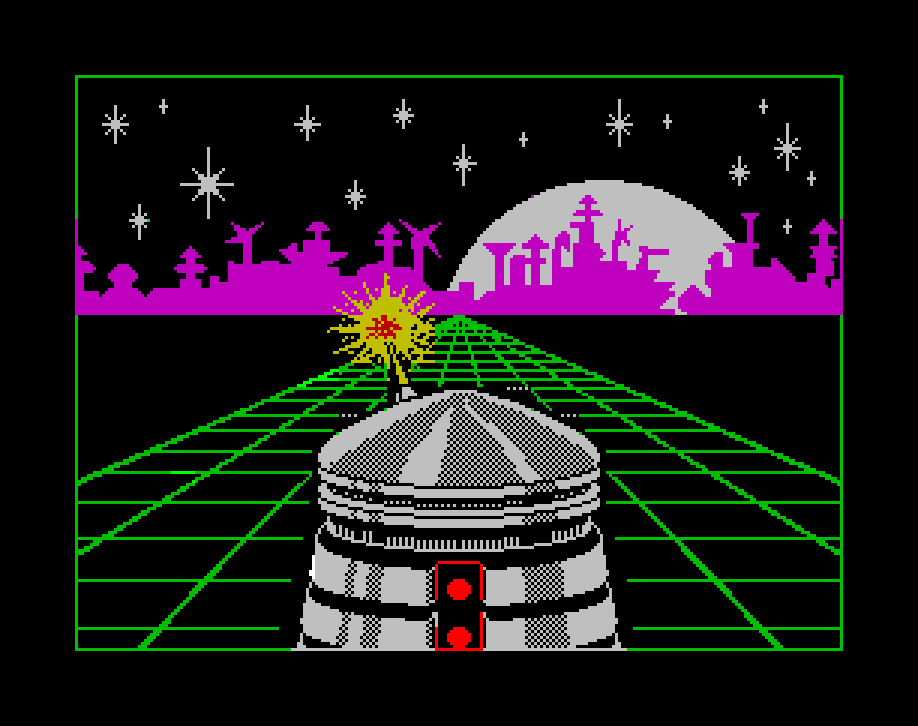 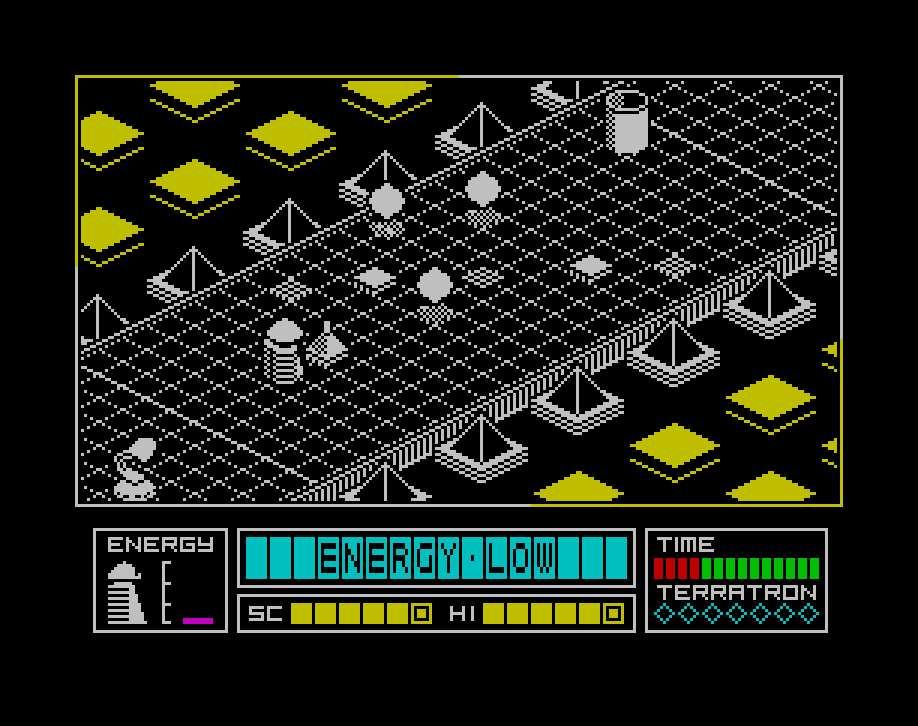 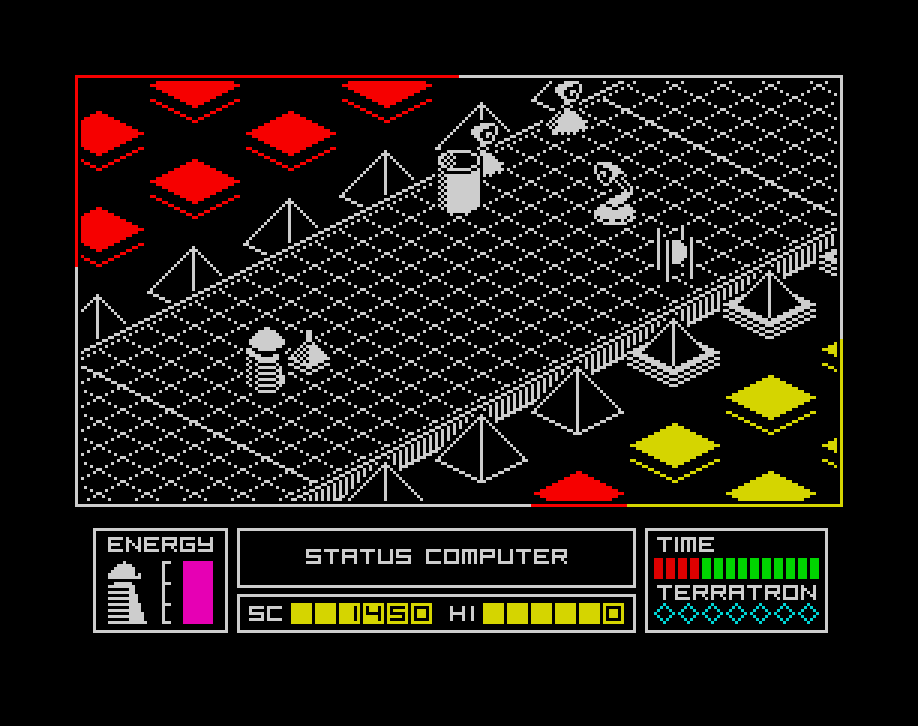 You have to guide a bomb to the centre of an evil alien forces empire, which is situated at the end of a huge highway, using a Vorton dalek-type thingy to push it to the end. At the same time, loads of aliens will try to kill you, as well as prevent any furthur progress of the bomb. Although it is flip-screen, the aliens can move inbetween screens, and thus the highway really is a big whole rather than seperated into distinct screens.

Freddy Hardest Dinamic Software, 1987 Freddy Hardest, after one of his "Little Parties" sets off on a blast through the Milky Way to play space invaders with a meteorite storm. Obviously, this amusement couldn't have a happy ending and our hero collides with a meteorite, crash landing on the moon of the planet TERNAT, site […]

Read More
Escape from the Planet of the Robot Monsters

Starion Melbourne House, 1985 The year is 2010 and your name is Starion. Fresh out of Space Academy, you have been selected as their brightest pupil to pilot the world's first timeship, the S.S. Stardate. Your mission: to boldly go back in time and correct the devastation wrought in the Space-Time continuum by evil aliens […]

Target Renegade Every move you make, every step you take they’re watching you. Fight your way through the precinct – the back alleys, the car parks, fight your way through villainous community, the skin-heads, the Beastie Boys, the bouncers. On a hot, steamy night in New York this is just the tip of the iceberg […]