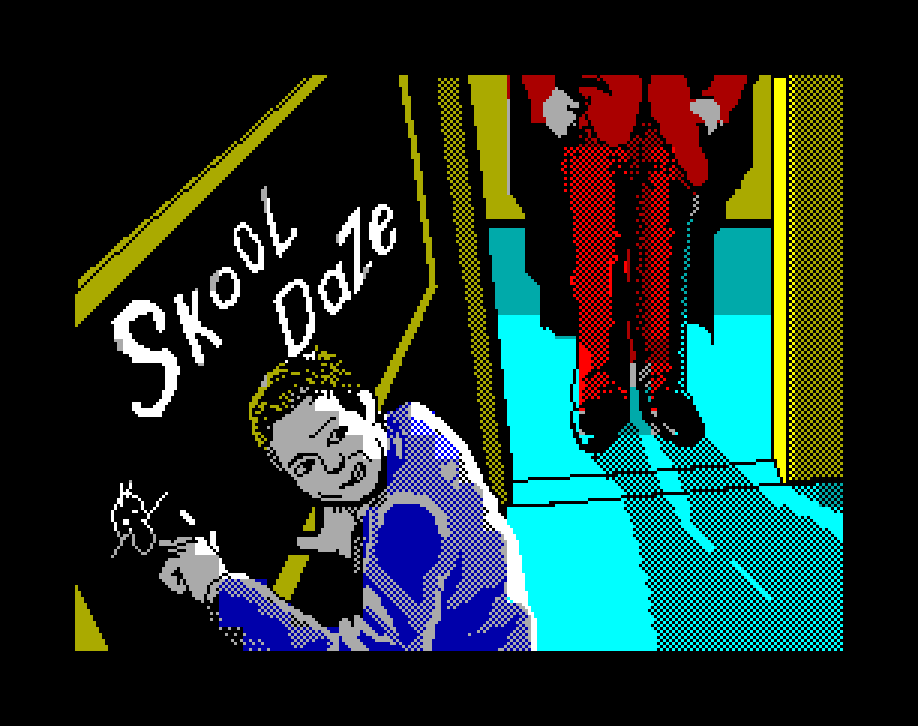 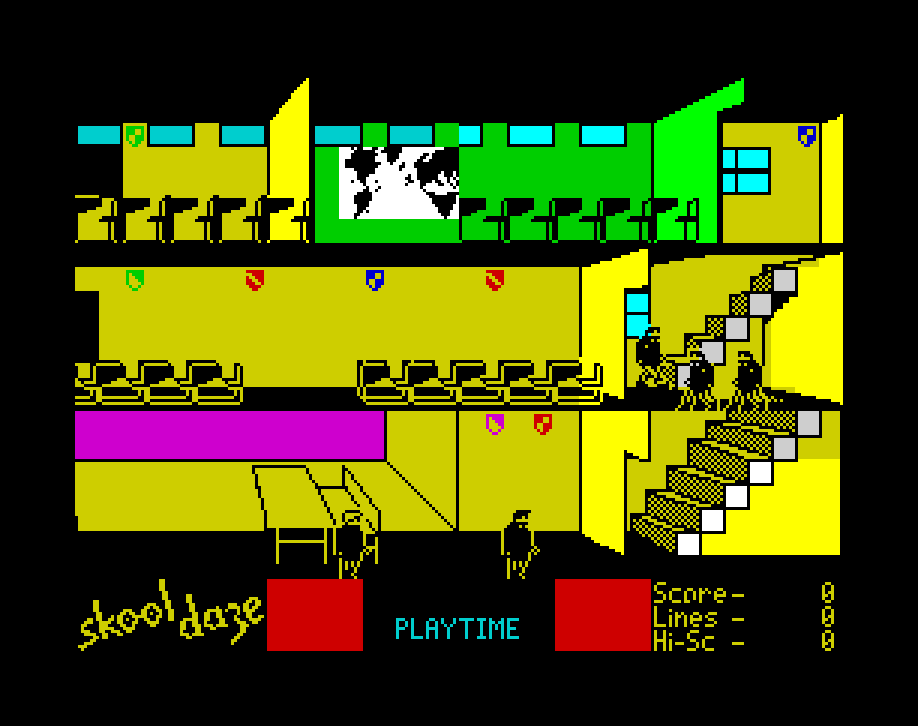 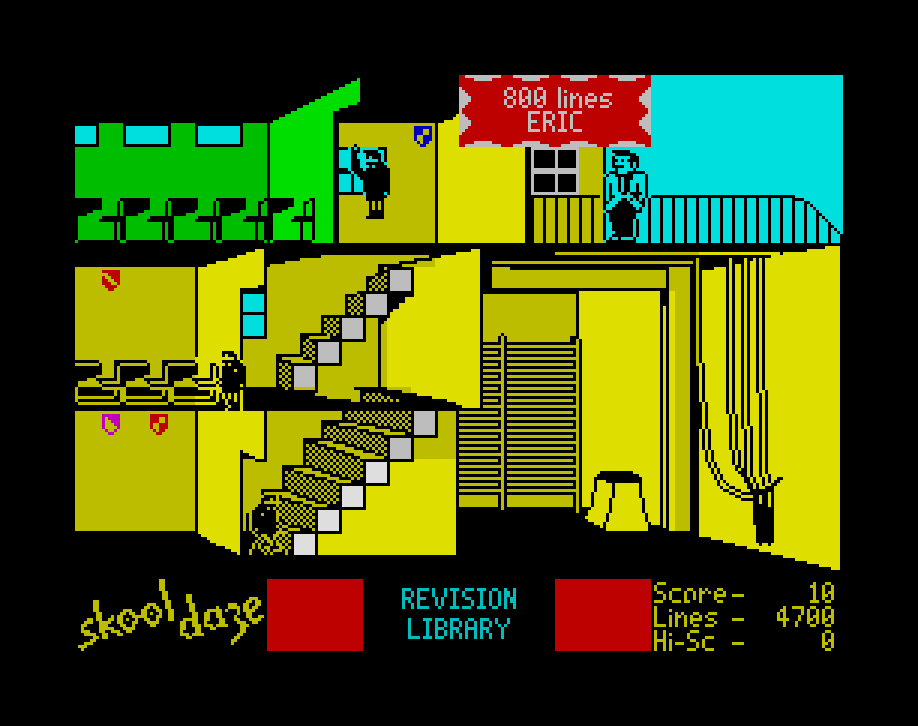 In the role of our hero, Eric (or any other name you decide to call him and the rest of the cast), you know that inside the staffroom safe are kept the school reports. And, being Eric, you realise that you must at all costs remove your report before it comes to the attention of the Headmaster.

The combination to the safe consists of four letters, each master knowing one letter and the Headmaster's letter always coming first. To get hold of the combination, you first have to hit all the shields hanging on the school walls. Trouble is, this isn't as easy as it looks. Some of them can be hit by jumping up. Others are more difficult. You could try and hit a shield by bouncing a pellet off a master's head whilst he is sitting on the ground. Or, being Eric, you may decide to knock over one of the boys and, whilst he's flattened, clamber up on him so that you can jump higher.

OK. So all the shields are flashing wildly, disorientating the poor masters. Knock them over now and, before they can stop themselves, they'll reveal their letter of the code. All except for the history master, of course, who because of his great age and poor eyesight can't be trusted to remember. His letter has been implanted into his mind hypnotically. To make him reveal it, you must find out the year he was born (which, in case you were wondering, changes each game). Then, creep into a room before he gets there and, if the board is clean, write it on the blackboard. When he goes into that room and sees his birthdate he will, as if by post-hypnotic suggestion, give away his letter.

Now that you know all the letters of the combination, all you have to do is work out which order they go in. You know that the Headmaster's letter is always first, but as for the other three... you'll just have to try the various possibilities. Find a clean blackboard and write out a combination.

Rush back to the staffroom and jump up to reach the safe with your hand. If nothing happens, then the combination must be wrong, so you'd better find another clean blackboard and try a different one.

With the safe open, your troubles still aren't over, as the flashing shields are rather a giveaway. To stop them flashing, you now have to hit all of them again.

Done it? Congratulations! You are now allowed, along with all your friends, to move on to the next class at school. But remember, there will be reports at the end of this term...

They Stole a Million

Olli and Lissa Firebird Software, 1986 Amongst the barren heights and rugged rocks of the Scottish Highlands, there is situated Shilmore Castle. The Castle is under threat of being purchased and shipped stone by stone to America by Eugene Portcullis the third (Jnr) a mega-millionaire. Alarmed by this, Olli and Lissa rush to help their […]

Exolon As a heavily armed humanoid, you blast, battle, bound and blunder your way over more than hundred screens of blood curdling action. Release a deadly grenade to devastate a birth pod and shoot the hordes of aliens that slither and scramble to overwelm you. Rocket a gun emplacement and pneumatic hammers hurl you end […]