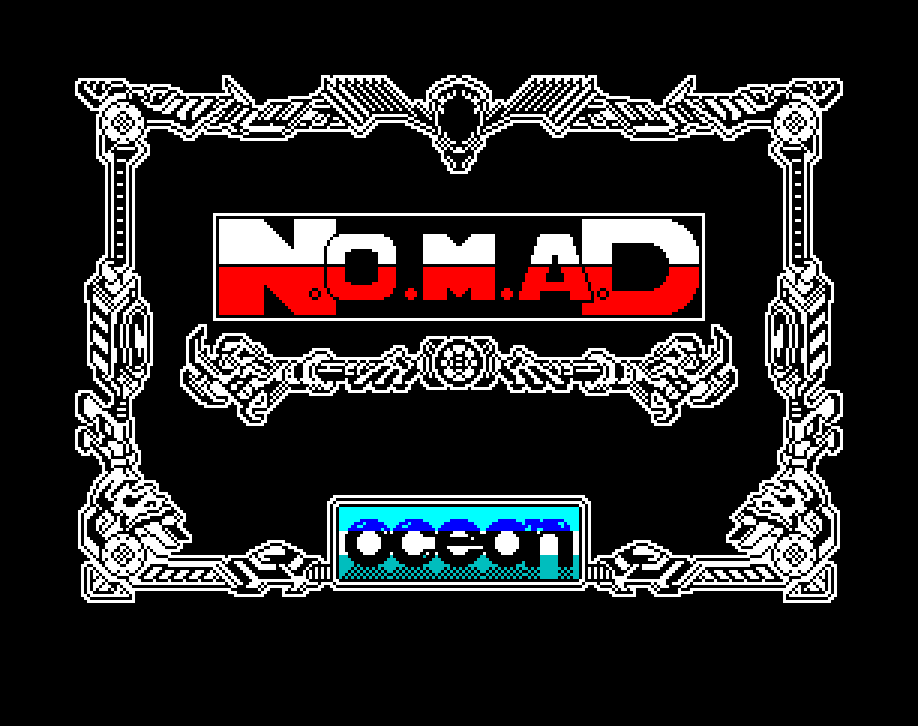 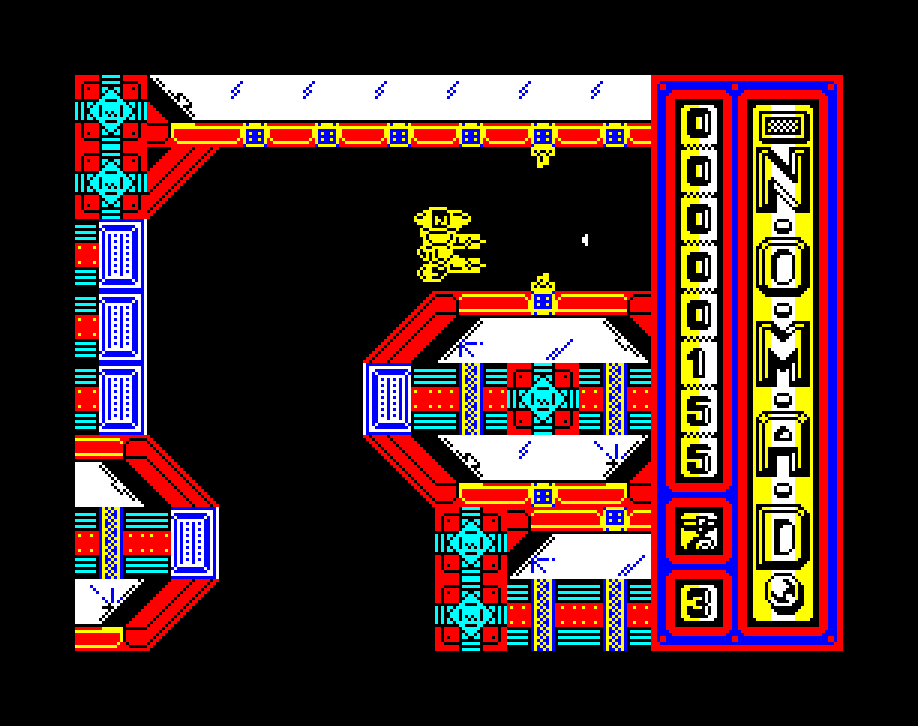 Out in the vastness of space lies the heart of an Intergalactic Criminal Network, TALOS, a man-made asteroid slowly spinning through the void, spreading its evil through the Universe. At the head of this seemingly unstoppable force sits one man, the unspeakably vile Cyrus T.Gross.

A name spoken only in whispered voices, Gross is the embodiment of all that is criminal. Avoiding any attempt to curtail his ever spreading empire, he has crushed all opposition and seems invincible, ruling his depraved Zealots with a fist of iron and a heart of ice.

In a last ditch attempt, the rulers of the Free Worlds have called in the Nemesis organisation, a hardened cadre of humanoid and robotic freebooters who have assigned N.O.M.A.D. 471 (Nemesis Organisation Mobile Attack Droid) to penetrate Gross's heavily armed homeworld and destroy this vile despot once and for all.

Your mission is to guide N.O.M.A.D. through the four sections of Capital City towards Gross's inner sanctum.

You arrive at the spaceport and must then progress through the slums, into the city centre and penetrate the HQ "Dun Dentin" before you reach his personal quarters for the final deadly confrontation.

Many dangers await you in all sections of Capital City. In true cowardly style, Gross has installed magnotrons, heat-seeking missiles, and an infinity of equally deadly obstacles, all of which must be confronted and conquered.

Thanatos In this magical game you take control of a dragon, “Thanatos the destroyer”, whose eternal destiny lies in conflict with the forces of the underworld. The dragon which is very large and superbly animated, flies, walks, swims and burns its way through the landscape. It must collect a beautiful young enchantress, “Eros”, who then […]

Three Weeks in Paradise Mikro-Gen, 1986 The game begins with Wally all alone in the Jungle looking for his loved ones, Wilma and Herbert. To rescue them from the Can Nibbles (the tribe who live on the island) Wally must find and use certain objects which he will come across on his long and arduous […]

The Flintstones Grandslam Entertainments, 1988 Yabba Dabba Doo - it's the Weekend! Fred is looking forward to the final of the Bedrock Super Bowl contest the next day but Wilma reminds him of his promise to paint the living room before her Mother arrives. No painting, no bowling! Fred may not be much of a […]

Wanted: Monty Mole Gremlin Graphics Software, 1984 With a long cold winter and bone chilling Christmas ahead, Monty Mole makes a daring, coal snatching raid to his local South Yorkshire pit. Grabbing a miner's bucket he heads off into the darkness, soon to wish he'd caught a cold instead. Alas there's no turning back. Onward […]

Raid Over Moscow As squadron commander of the U.S. Defense Space Station, you will lead your commandos on a virtual suicide mission. You will attempt to stop the nuclear attack. If your force is successful in knocking out the Soviet launch sites, you must go into the city of Moscow itself. Armed with only the […]

Tau Ceti CRL Group, 1985 The story begins in 2047 with the invention of the Interstellar drive. Using hydrogen scoops mankind could collect fuel from the thin spread of hydrogen between the stars. This made it possible for the exploration and colonisation of nearby systems. In 2050 the first wave of colonists left Earth for […]