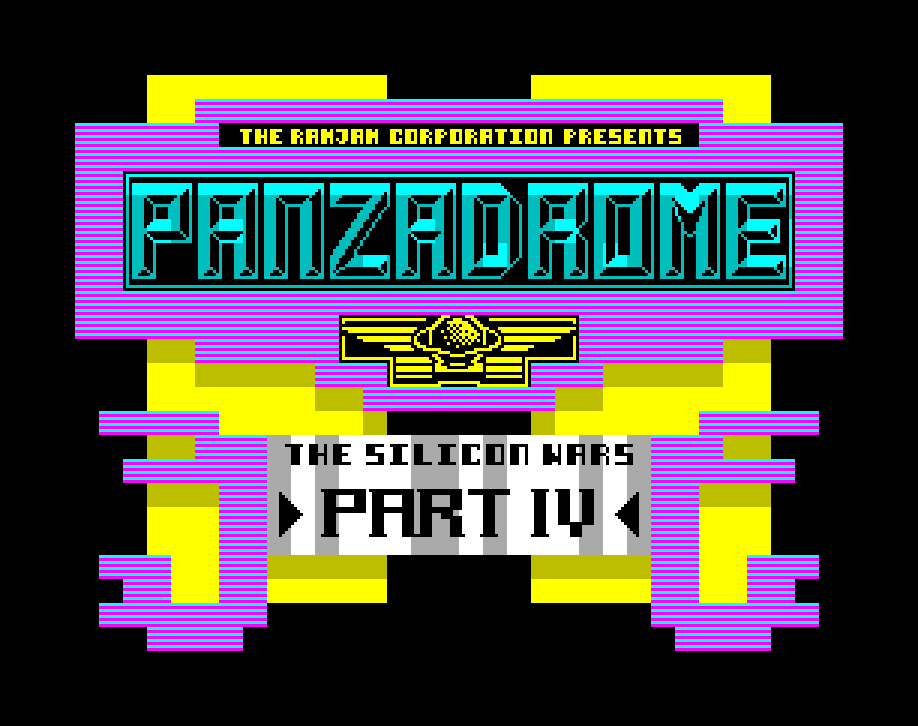 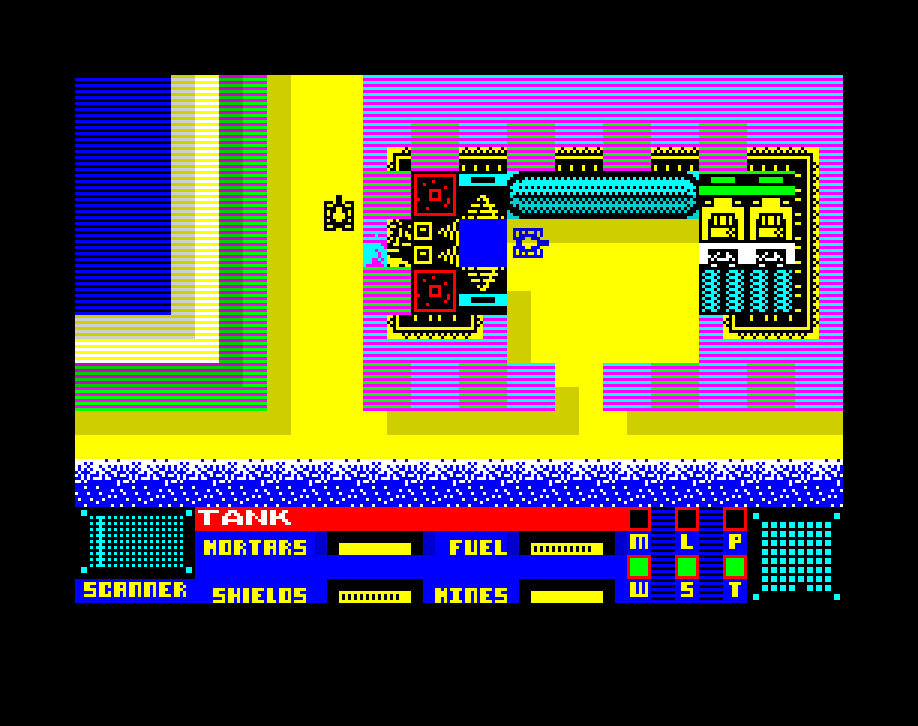 The eponymous Panzadrome is an island inhabited solely by robot tanks of varying viciousness. You have been given the task of destroying all the robots on the Panzadrome...

Each robot tank is remotely controlled from a central computer, from which it gets its power. Plasma vents are a central part of the power grid, and they have to be destroyed in order to knock out both the computer and tanks. The computer is well aware of this weakness, though, and wherever you find a vent there is also a strong guardian force as well. Apart from the tanks you also have to cope with heavily armed fun emplacements which fire on any intruders.

Due to budget restrictions, you have been given a very sub-standard tank with a one-shot turret and stone wheels! Fortunately, factory depots are scattered around the island, each specialising in a different type of tank component. You can visit these factories and collect whatever system a factory makes.

Though the robot part stores are unaware that you are an intruder, the computer's tanks will recognise you immediately and try to destroy you. Three weapons systems are available to you, although at the start you only have the worst - a on-shot turret. The others are mortars and mines, both of which must be collected from the appropriate factory.

Desert Rats CCS, 1985 Desert Rats is a 1 or 2 player wargame depicting the campaign in the "Western Desert" from the arrival of the Afrika Korps in the Spring of 1941, until their defeat at the battle of Alamein and subsequent withdrawal from Libya at the end of 1942. Players may choose to fight […]

H.A.T.E. (Hostile All Terrain Encounter) The Year: is AD 2320 and the Galaxy is in turmoil with the alien threat ever increasing, the lack of experienced assault personnel is severely undermining the defences of civilized sectors. You are needed to repel the hostile alien forces – but you have to qualify first. Prepare to go […]

Bobby Bearing The Edge, 1986 Bobby's family live in Technofear, a land of the future made of steel, and inhabitated by things of steel. Bobby and his brothers had been warned on many, many occasions not to venture into the Metaplanes outside their home, and to give them credit they'd been pretty good about it. […]

Frank Bruno's Boxing Elite Systems, 1985 The sport of boxing is probably the most fearsome contact sport practiced today. It holds a strange, almost sadistic fascination with sports fans around the world. Boxing has been the subject of films, documentaries, and controversy. If combines physical skills such as stamina, strength, courage and endurance to produce […]

Phantom Club Ocean Software, 1988 The Phantom Club is a collection of super heroes possessed with strange and deadly powers. Unfortunately the Overlord, Zarg developed an evil streak and managed to influence most of the other members of the club to practice his evil ways. Your character, Plutus stands alone against this evil band. Formerly […]