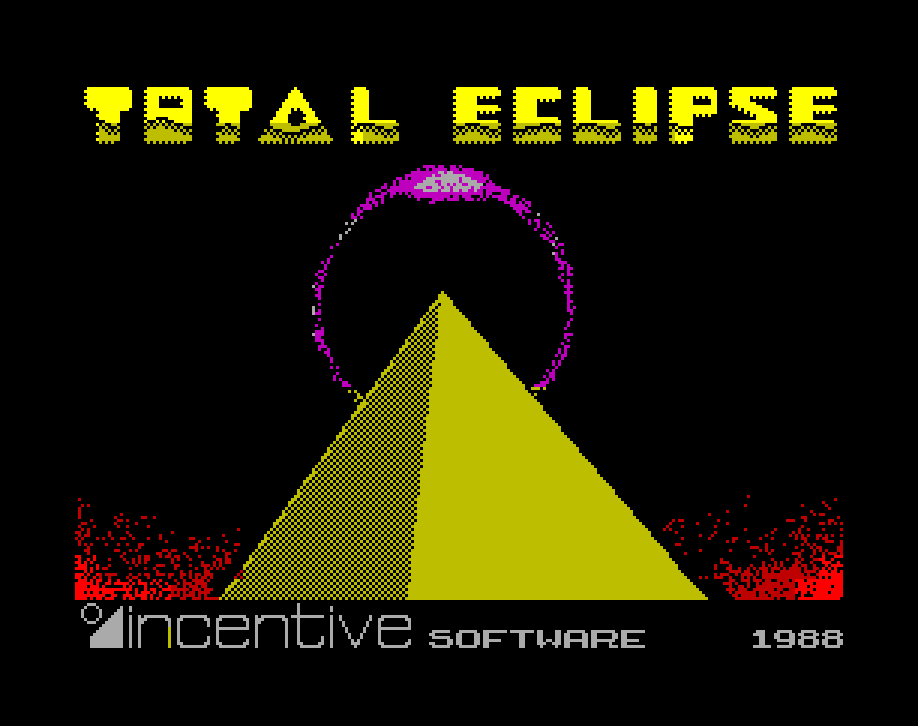 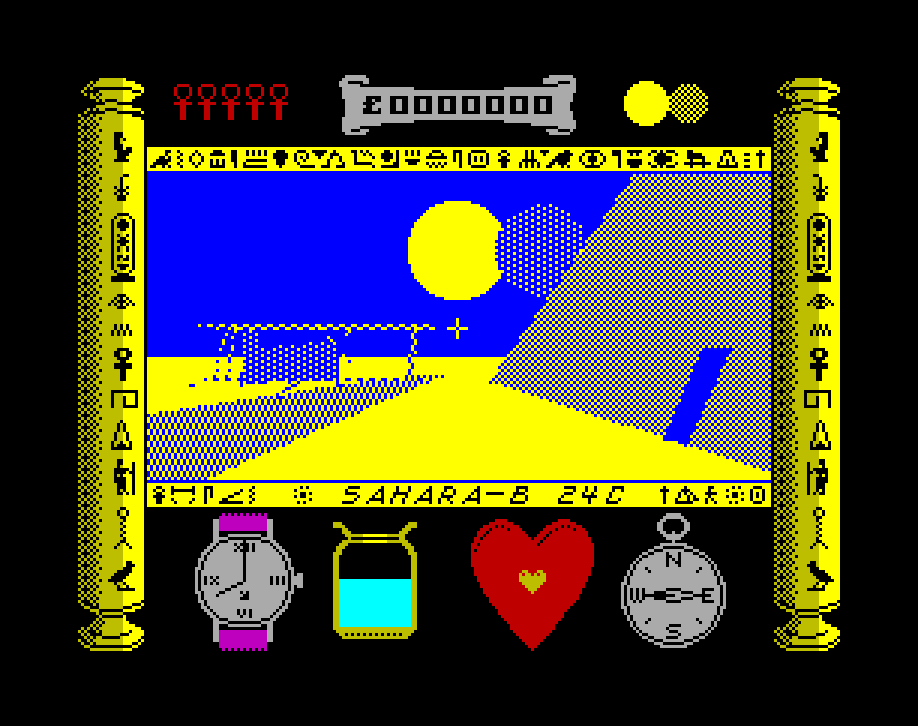 It is written that, in the heart of ancient Egypt hundreds of years ago, the High Priest of the day had become annoyed. His people were revolting and refused to continue the sacrifices to Re the God of the Sun. His anger had erupted so he set an ominous curse as punishment to the people.

A great pyramid was erected and at the topmost chamber a shrine was built for Re the Sun-God. The curse was set. Should anything ever block the sun's rays during daylight hours it would be destroyed.

It is now 26th October. 1930 and in just 2 hours the moon will totally eclipse the sun, triggering the curse of Re, causing the offending moon to explode showering the Earth with colossal meteorites thus upsetting the ecological balance and plunging civilisation into a dark age of starvation and conflict.

It is 8 o'clock, you have just landed your bi-plane next to the great pyramid. Your mission is to reach and destroy the shrine of the Sun-God Re, which is located at the apex of the pyramid.

Emlyn Hughes International Soccer Audiogenic Software, 1989 Emlyn Huges International Soccer offers realistic arcade action and football management combined into one great game! Whilst there are a wide range of facilities and control options, these have been designed in such a way that you can sit down and play without hours spent studying the manual, […]