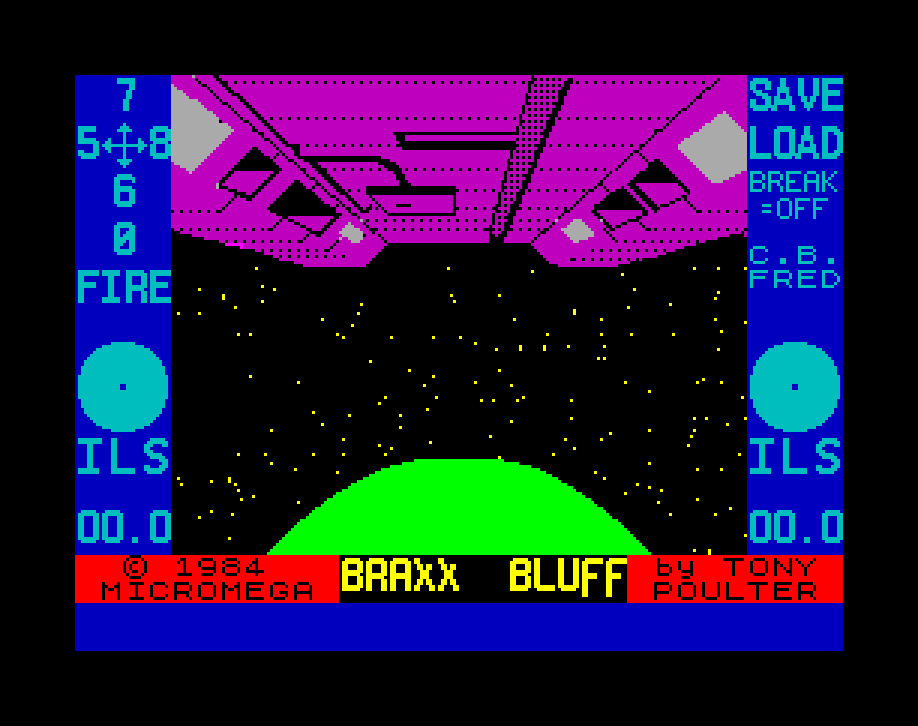 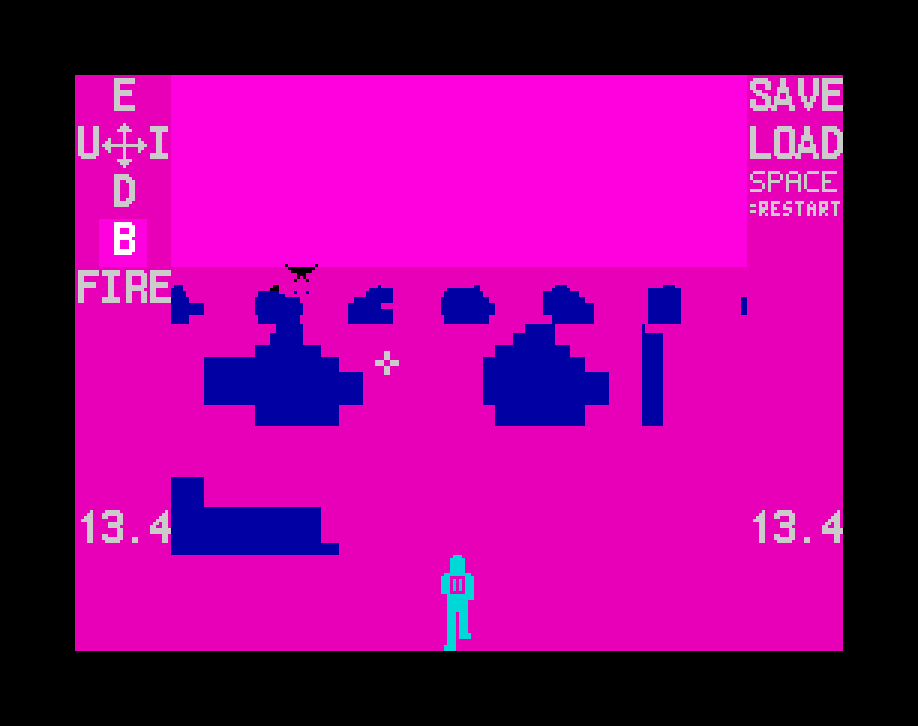 Centuries from now, man has progressed far beyond the limits of the solar system and has begun to explore unimaginably distant worlds in search of knowledge and resources. The dangers which await the new pioneers wherever they land are unknown, and the risk of disaster is ever-present. In every new system an Intergalactic Rescue cruiser stands at readiness; a powerfully equipped orbital search and rescue vessel manned by volunteers of the Life Corps. You are one such, and today the emergency at Braxx Bluff will make you a hero, or just a memory...

Lifeship Vega has achieved orbit around the planet Prolon in the Arcturan system in response to an emergency call from the planet's exploration team. Three members of the team had left the ship in their hydro-crawler and fallen foul of the indigenous life-forms. The creatures, in their many forms, have fed on all the energy in the crawler's power-plant, and the craft now lies in the treacherous terrain of Braxx Bluff, its occupants dying as the life-support system fails.

Your mission is dangerous... land, find the crawler and get it back to the base-ship before the crew die!

Atic Atac I never did believe in Ghosts or Monsters… Not until now, not until the Main doors of the Castle closed and locked themselves behind me… There’s no key here!!! I’m trapped!!! HELP!!!… HEELLLPPPP!!!!… No-one can hear me… I’m alone… Why do the doors open and slam shut??!!… Is anybody there??… HHEELLLLPPPP!!!!… I can […]

Horace Goes Skiing HORACE GOES SKIING is a sequel to the very successful HUNGRY HORACE. The HORACE series pioneers the idea of inter-active cartoons. Help Horace to slalom down the mountain course between the flags and avoiding the trees – but first he must cross the busy roads to get to the ski slopes. A […]