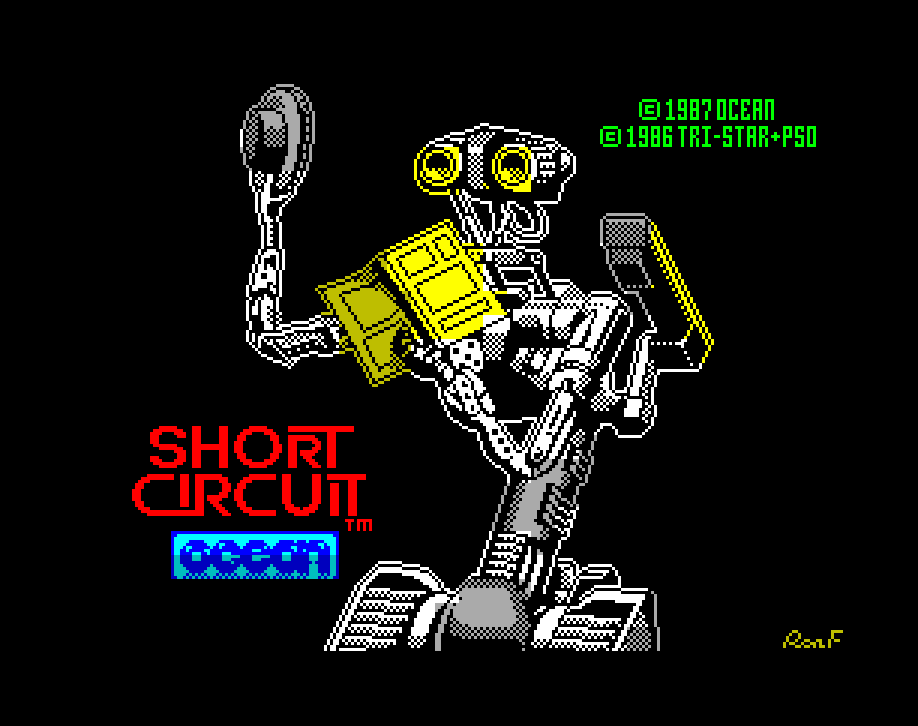 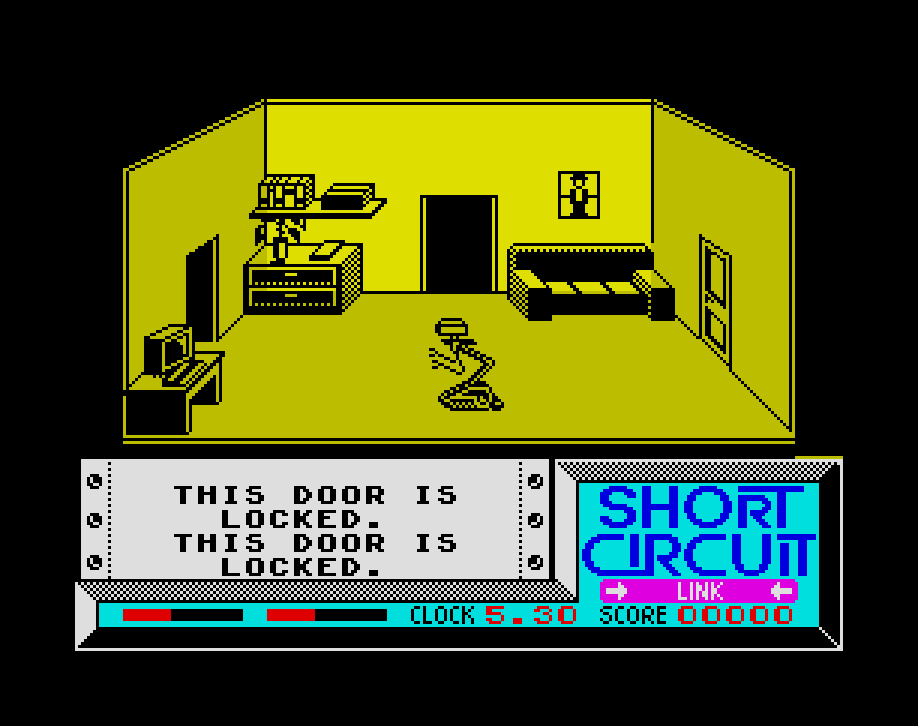 Number 5 is alive! – a robot in the SAINT (Strategic Artificially Intelligent Nuclear Transport) series has gone haywire. A million to one chance has resulted in a lightning bolt striking the automaton and bringing it consciousness.

Now the scientist who put him together wants to take him apart again to find out what went wrong. The President of Nova Robotics wants to capture him before the weapons he is carrying kill millions of civilians – and the security chief wants to blow him up so that he can get home in time for dinner.

You are Number five… You are alive and you aim to stay that way!

Rainbow Islands Ocean Software, 1990 Bub and Bob, the heroes from Bubble Bobble, are back! This time negotiating the hazards of the Rainbow Islands. Myriad creatures conspire to impede your progress at every fun-filled level until you face the "Guardian", the ultimate test of advancement... Good Luck!

Game Over Dinamic Software, 1987 Far away in a different Galaxy, at a different time, control was exercised by an all-powerful woman - the Ruler, GREMLA. Her dictatorship was due in part to the devoted loyalty of her faithful lieutenant ARKOS - together they proved invinsible. But Gremla was flawed - as her power grew, […]

Brainstorm Brainstorm is an arcade strategy game. At the beginning of the game you will see one or two balls bouncing around a coloured grid. The object of the game is to trap the ball(s) on a red area of the grid, since your score will depend on the time the ball spends travelling over […]

Bomb Jack The player controls Jack, a superhero who can leap and glide. Someone has planted 24 bombs at famous tourist sites (the Sphinx and Great Pyramids, the Acropolis, Neuschwanstein Castle in Bavaria, and two cityscapes resembling Miami Beach and Hollywood, which appear only as screen backgrounds rather than unique game locations). Jack must fly […]

Cauldron II: The Pumpkin Strikes Back Palace Software, 1986 Where once the tiny cottage stood A mighty palace Dwarfs the wood And there within The highest tower The witch queen wields Her mighty power. A rule of evil 'Cross the land With ghosts and gargoyles Close at hand. Her enemies Destroyed this night - Yet […]

Macadam Bumper ERE Informatique, 1985 It is not only a superb simulation, but allows you to modify every element of the table design, and even create your own table layouts from scratch. It gives you all the features you would expect from a real pinball table right down to nudge and tilt (both of which […]