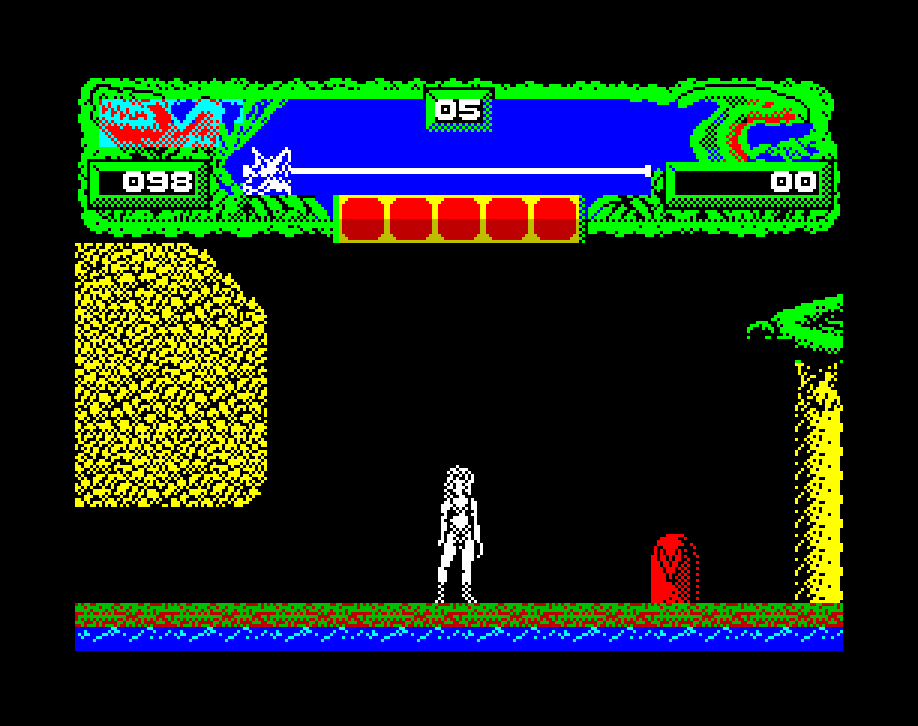 For Granath, a world in a parallel universe many eons away, has been at the mercy of the dinosaurs. For millions of years they roamed the planet's surface and its massive underground caves in search of their prey. They have destroyed all but a few of the mammals, and all of the humans.

For a powerful lone female figure still stalks and battles with the reptiles. The cataclysmic catastrophe that hit the scaled beasts on Earth many millions of years ago has not happened here. It is a different world - very diferent.

Vixen, found abandoned as a child and raised by the wily foxes, has magic powers bestowed on her by the Fox Sages. With her ability to metamophosize into a fox and her Magic Whip in hand, she is fierce, brave and a match for any of her foes.

Mercenary Novagen Software, 1987 TARG is a planet in trouble, the peaceful, native Palyars are fighting for their very existence against the invading Mechanoids, a race of robots who have seized the planet. In the militarily secure Colony Craft that orbits Targ, the Palyar council plans and waits, while brave Palyar resistance-fighters oppose the mechanoids […]